Warning: "continue" targeting switch is equivalent to "break". Did you mean to use "continue 2"? in /nfs/c05/h05/mnt/159427/domains/leidenmagazine.com.au/html/wp-content/plugins/essential-grid/includes/item-skin.class.php on line 1041
 Music Archives | Leiden

After a huge couple of years that have seen her showcase not once, but twice, at Canadian Music Week and perform alongside the likes of Flower Drums, Evangeline, SAATSUMA and Vincent Sole, Australian pop electronic vocalist and producer Aeora has recently released her sophomore EP Let Loose. The lead single I.G.I, produced by Haxx (you might remember his name from our profile on Kult Kyss a little while ago), explores letting go  — ‘I.G.I perfectly embraces everything I’ve been feeling and thinking and focuses on that one moment of pure happiness when you let go,’ Aeora explained. We caught up with… END_OF_DOCUMENT_TOKEN_TO_BE_REPLACED

LA based singer-songwriter Alec Benjamin is a self-described narrator. Strongly influenced by artists such as Eminem, Paul Simon, and Citizen Cope, Alec is a storyteller, weaving his own experiences and those of the people around him into his music. His penchant for story telling through cinematic, lo-fi pop saw him signed to a record label at just eighteen years of age. And while Alec enjoys over 268,000 YouTube subscribers, a legion of fans and new opportunities in the pipeline, his career so far hasn’t been all smooth sailing. The day after handing in his first album, Alec was dropped… END_OF_DOCUMENT_TOKEN_TO_BE_REPLACED

For Shoeb Ahmad, musical experiences have always been tied up with how they’re visualized. On the eve of a new creative project — her latest album quiver, and the singles that precede it — she turned to long-time collaborator: designer Adam J Bragg, to help shape the visual identity of the record. Now that the album is out in the world, the pair caught up to chat about everything from their shared musical lineage to the times they’d drink coffee together while Ahmad spent days off with her son.   Shoeb: Adam J Bragg and I have been collaborating for the… END_OF_DOCUMENT_TOKEN_TO_BE_REPLACED

Talking to Andrew Wessen, guitarist and vocalist from American indie-folk pop-rainbow band Grouplove, is like talking to an old friend. It doesn’t feel like a phone interview between an amateur music journalist and a highly successful musician. It feels like a fun chat, we’re laughing and reminiscing. After we joke about Wessen’s inability to say ‘Melbourne’ in an Australian accent, I ask him what he’s been enjoying about Grouplove’s February tour through our east coast. ‘We’re in a hot streak right now. We’re playing new music, and it’s been fun because, having three records out, you get to pull… END_OF_DOCUMENT_TOKEN_TO_BE_REPLACED

Singer songwriter Kim Churchill is a busy man. Not only is he releasing a new album, he is about to set off on a huge national tour. Weight_Falls, the follow up to Silence/Win, almost didn’t come together. After working on the album for over eighteen months, Churchill decided at the last minute that what he had produced wasn’t quite good enough. He then decided to throw it out and start again. After a hectic week writing followed by a couple of months piecing everything together, Churchill ended up with something adventurous, intuitive and surprising. For lovers of his past… END_OF_DOCUMENT_TOKEN_TO_BE_REPLACED

You could say that Kristy Lee Peters (aka KLP) is a renaissance woman. She is a producer, radio host, songwriter, DJ and vocalist, creating and performing her own music as well as collaborating with Australian and international talent. KLP has had a #1 single in Japan and as a child sung in the classic 90’s commercial for Lube Mobile (you know the one). We managed to catch KLP after she released her latest single ‘Changes’ and in the middle of her current Mix Match tour. Here’s what she’s been up to:   Leiden: You’ve been a song-writer and a singer… END_OF_DOCUMENT_TOKEN_TO_BE_REPLACED

If you have ever spent any time trawling through triple j unearthed, you will know it is home to many a musical gem. One such gem that we have discovered is Kult Kyss, an electronic duo from Melbourne. Never mind their killer production, moody beats and piercing vocals, we have also discovered that Kult Kyss love cats and that gives them an extra big tick of approval in our books. We caught up with the pair behind the act, haxx and rromarin, to find out more about this duo who one fan on unearthed described as ‘one of the… END_OF_DOCUMENT_TOKEN_TO_BE_REPLACED 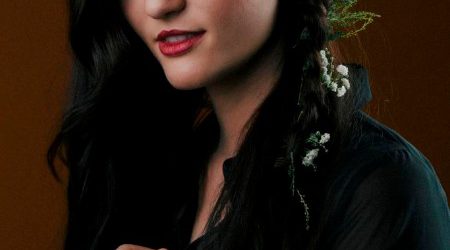 After a killer 2016 packed with a slew of hit singles, a memorable Triple J Like a Version performance and an almost sold out EP tour, Brisbane singer-songwriter Ayla is back. The self-proclaimed op-shop lover has been busy with a new single released in May, a new EP in the pipeline and an East-coast tour on the way. Ayla’s latest single Shallow End has seen her mature as a songwriter and collaborate with a few big names; the song is co-written by Glenn Sarangapany (Birds of Tokyo) produced by Sam Cromack (Ball Park Music) and mixed by Ian Pritchett (Boo… END_OF_DOCUMENT_TOKEN_TO_BE_REPLACED