Warning: "continue" targeting switch is equivalent to "break". Did you mean to use "continue 2"? in /nfs/c05/h05/mnt/159427/domains/leidenmagazine.com.au/html/wp-content/plugins/essential-grid/includes/item-skin.class.php on line 1041
 All About Waste, Plastic and Recycling - What You Can Do | Leiden

Waste is a huge problem. As Annie Leonard from Greenpeace USA says: ‘There is no such thing as “away”. When we throw anything away it must go somewhere.’ And that somewhere is generally into landfill. In recent decades, the volume of waste we produce here in Australia has rapidly increased so much so that we are now one of the most wasteful nations in the developed world.

The ABC’s War on Waste program has played an important role in encouraging Australians to question the way we consume and the way we dispose of the waste associated with that consumption. Research conducted by Planet Ark in the lead up to National Recycling Week found that since War on Waste aired, city councils have identified an increase in enquiries regarding waste and what actually happens to it.

This research also identified that over 90% of Australians believe that recycling is the right thing to do, however, our understanding of what happens to the waste we recycle is mixed. 42% of people surveyed believe that most of what they put into their recycling bin is actually recycled, 21% believe it just goes to landfill, and 27% weren’t sure what happens.

Where does recycled waste go? 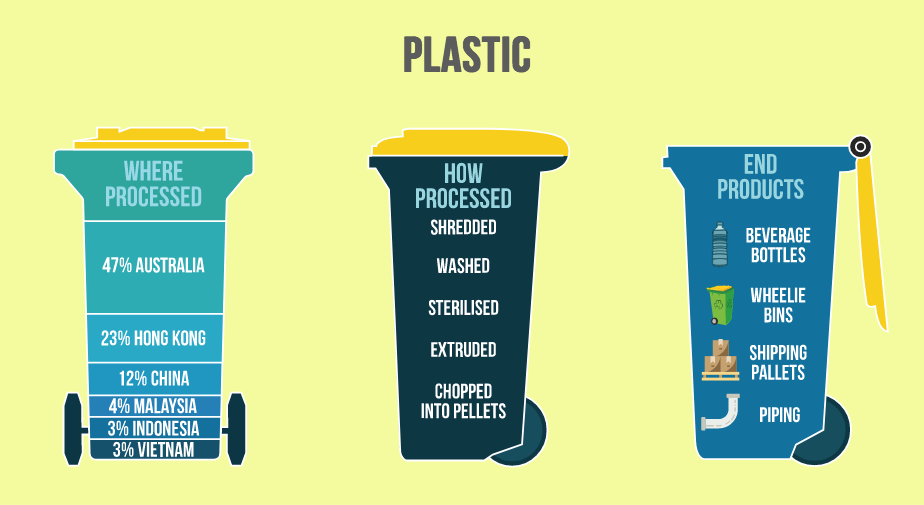 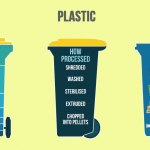 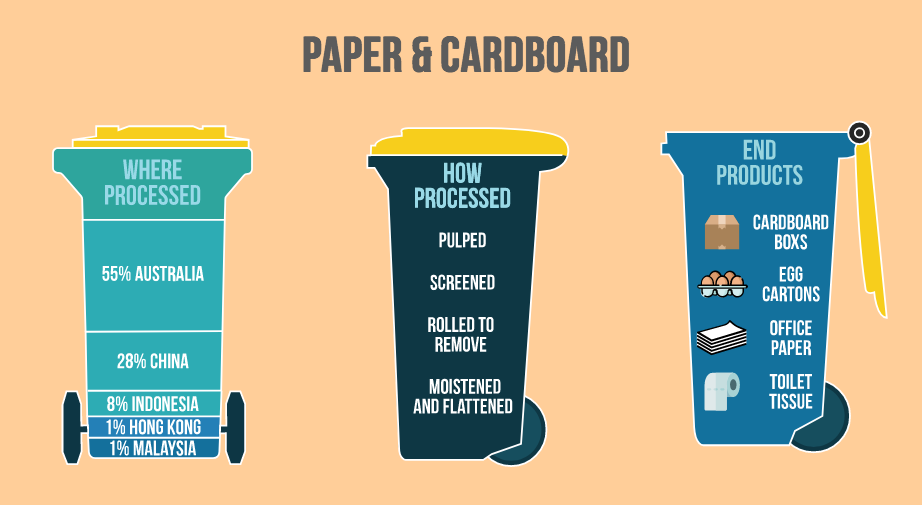 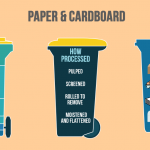 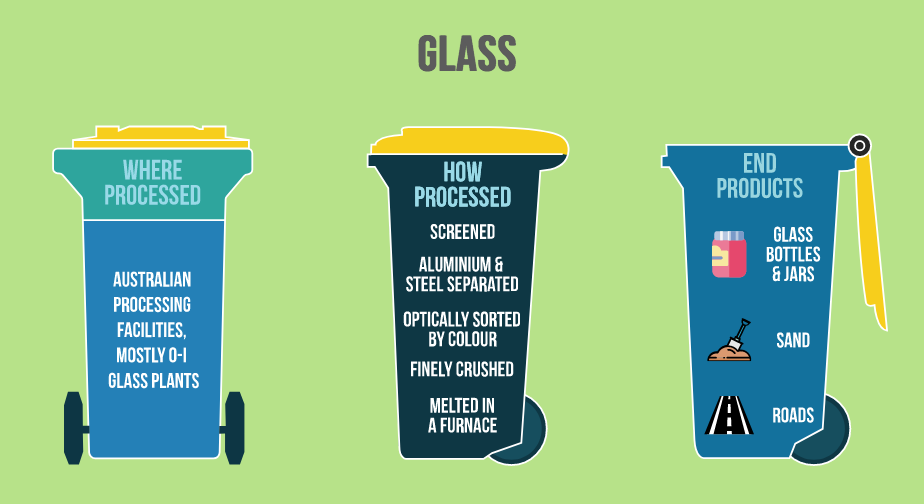 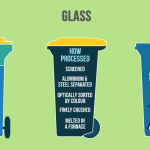 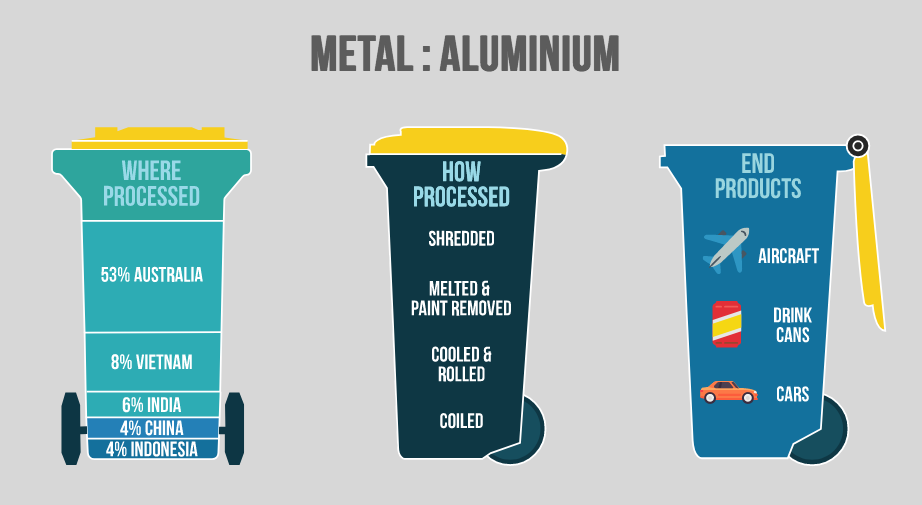 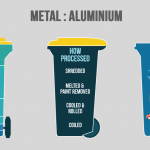 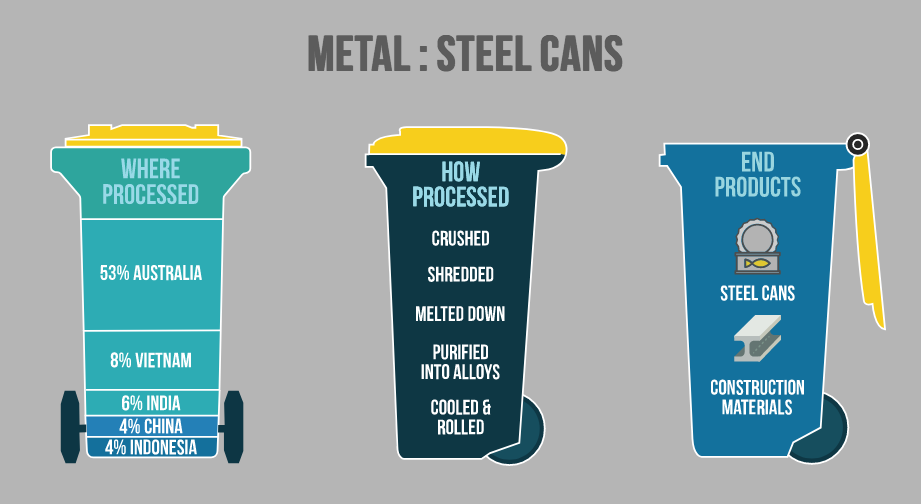 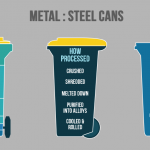 For many years, Australia exported a large portion of recyclable material to China, however, at the beginning of 2018, China changed its policy regarding the level of waste contamination it would accept, essentially putting a halt to global imports. The Chinese restrictions impact 526,000 tonnes of Australia’s kerbside recyclables [i], and a further 722,000 tonnes of Australia’s commercial and industrial, and constructions and demolition waste streams[ii].

Because of our reliance on China to deal with our waste, Australia has not developed a market for recycled materials nor have we invested in our own recycling infrastructure. There is now an oversupply of recyclable waste on the global market meaning that the commodity prices of recycled materials such as paper and mixed plastic has crashed. Local councils have gone from receiving revenue from recycling to paying a price.

Other countries in Asia are still accepting our waste, however, a portion is being stockpiled here in Australia until a new market is developed or can be found. Unfortunately, some is likely to end up in landfill.

42% of kerbside recyclables are plastics[iii]. Plastics have become so ubiquitous largely because of their durability and low cost of production. As well as concerns about landfill overuse, the volume of waste, including plastics and micro plastics, entering the world’s oceans requires urgent attention.

It is important that individuals, councils and governments work to divert waste from waterways and that we work together to remove the waste that is already there. On September 8, 2018 a clean-up operation of unprecedented magnitude was launched in San Francisco Bay by start-up Ocean Clean Up. The organisation has designed a large-scale system to gather plastic waste floating near the surface, which is then collected by boats. Ocean Clean Up hope to be able to use their system to clean up almost half of the Great Pacific Garbage Patch in five years.

When it comes to soft plastics, both Coles, Woolworths and a host of other retailers have teamed up with REDcycle, a Melbourne based organisation that has developed a recovery initiative for post-consumer soft plastic. With the help of their Australian manufacturer, REDcycle converts soft plastics into outdoor furniture, bollards and fitness equipment. Since its launch the program has diverted 380,000,000 pieces of plastic from landfill.

An article recently published in the Guardian discussed findings that both men and women perceive an eco-friendly person as more feminine and that this is leading ‘men [to] subconsciously perform fewer environmentally friendly actions in order to protect their masculinity’.

In her article Madeleine Somerville concluded that:

‘The picture that begins to emerge when you combine these studies isn’t one where men are just too thoughtless or irresponsible to do the right thing; it’s one where men are acting exactly the way you’d expect a person to act when raised within a culture hell-bent on ruthlessly beating out of them any shred of compassion, nurturing, or cooperative instinct.

It’s one where men can (and do) make better choices, as long as it doesn’t make them look too feminine — a trait we as a society actively discourage in men and often punish them for displaying.

It’s one where men are consistently kneecapped in their ability to make eco-friendly decisions either because of our white-knuckled attachment to rigid gender roles – or our historical reluctance to teach our sons to care about others in the same way we teach our daughters.’

While women might be more likely to engage in eco-friendly activities than men might, they cannot be let of the hook. We are almost singlehandedly supporting both the beauty and fashion industries which are each responsible for an inordinate amount of waste. And this isn’t just waste associated with production and packaging, when it comes to fashion in particular, Australians send about 85% of the textiles they purchase to landfill[i].

There is an overwhelming call for action, but there is currently little consensus as to what exactly that action should be. With millions of tonnes of waste disposed of globally, the actions of each individual can appear insignificant, however, if we consider the actions of the individual as part of a collective, it is possible to create widespread change.

Here are some small tasks that are easy to do and that can make a big difference:

When it comes to recycling, make sure you avoid these common recycling mistakes:

If you aren’t sure what can be recycled head to The Golden Rules of Kerbside Recycling on Planet Ark.

[ii]  Blue Environment, Data on exports of recyclables from Australia to China – Version 2, May 2018

Clothes and Accessories made from Recycled Materials

Crafting Waste – An Exploration of Consumerism