Warning: "continue" targeting switch is equivalent to "break". Did you mean to use "continue 2"? in /nfs/c05/h05/mnt/159427/domains/leidenmagazine.com.au/html/wp-content/plugins/essential-grid/includes/item-skin.class.php on line 1041
 How working from home changed my style | Leiden

Due to a change in my work arrangements I have found myself working mostly from home since April. At first the prospect was exciting: here was my chance to work in my own environment in my own way. Should I feel the need to work laying down on my couch, my laptop propped against my knees, with Legally Blonde providing a background soundtrack, who was to stop me? But as time has worn on, what started off as a luxurious opportunity, has morphed into a cold blooded wardrobe killer.

Each week day morning, after going to the gym and having a shower (I had to retain some semblance of my old routine lest I run riot), rather than putting an incredible outfit together, taking my mirror selfie and making my daily commute to the office, I would put on knickers, socks and a dressing gown, head downstairs to my couch and begin my working day, requisite cup of tea in hand. As someone who has never put comfort first when creating an outfit, spending day after day bra-less and swaddled in soft, forgiving fabrics was novel. I could sit or lay any which way without anything pinching or pulling at me (!), a state of being I had only ever associated with the weekend.

However, the downside to all this freedom was that I was spending more time in one of my many dressing gowns than in any actual items of clothing. Now, I love my dressing gowns, I wrote an ode to them after all, but previously my love for them had sprung from them being the soft, snuggly antidote to the less comfortable but altogether more fabulous garments that populate my wardrobe, not from them being my preferred outfit of choice.

Getting dressed is an act that brings me joy and my taste in fashion has always been rather flamboyant (there is little distinction between my day and evening wear), but with no need to put actual clothes on each day my outlet for creative expression had been greatly reduced. On the rare occasions I did have to leave the house, often for only a few hours at a time, I found myself tending to overdress, as if in sartorial protest to my current state of ‘comfort dressing’. I put together some of the best looks I perhaps ever have, each burning brightly and briefly, before being shucked and re-hung, discarded in favour of the uniform of home, the dressing gown. 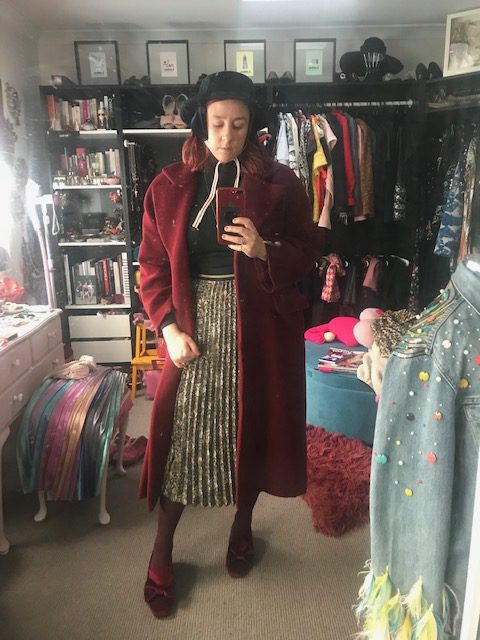 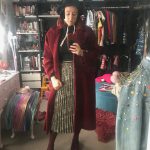 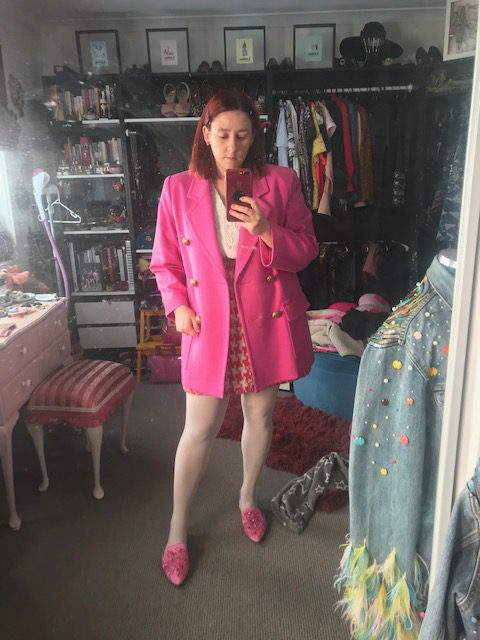 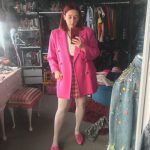 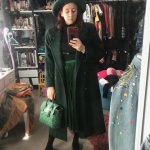 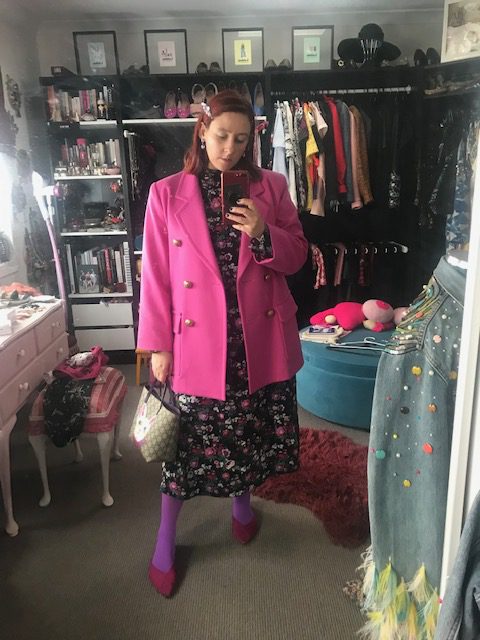 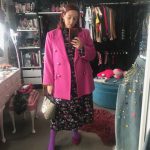 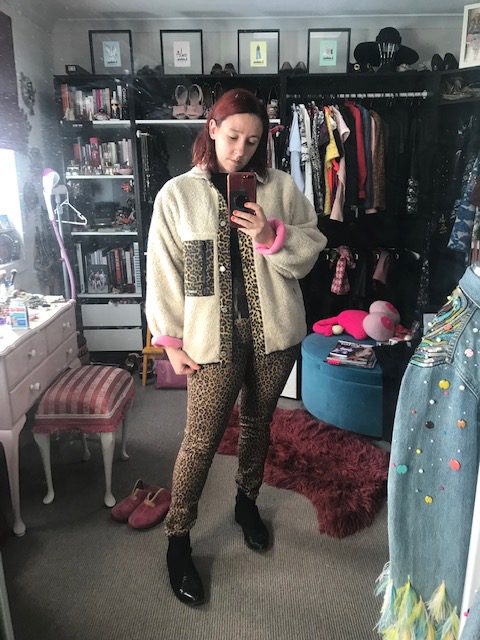 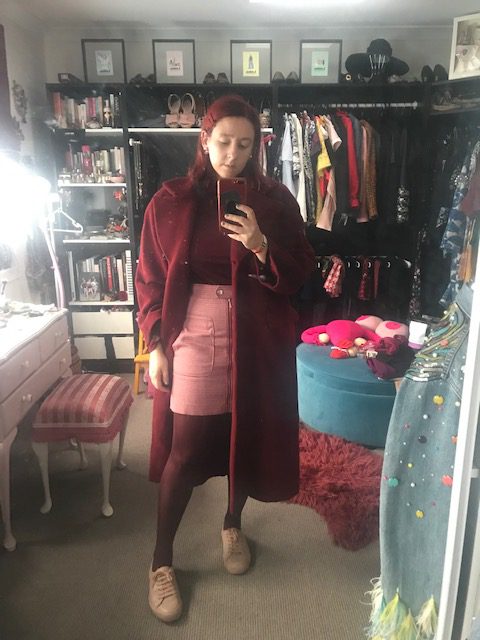 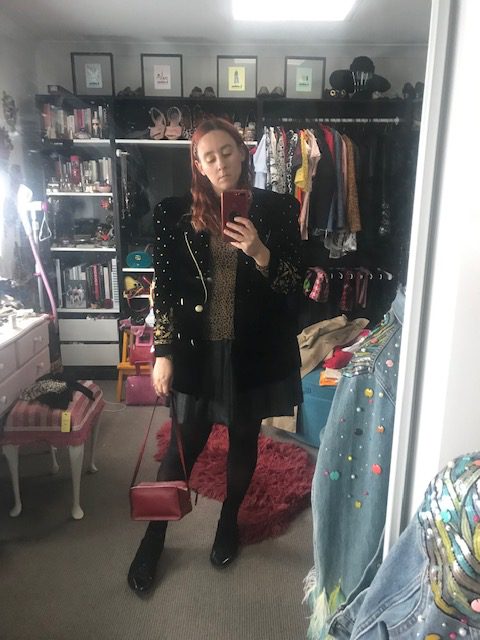 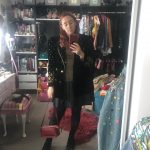 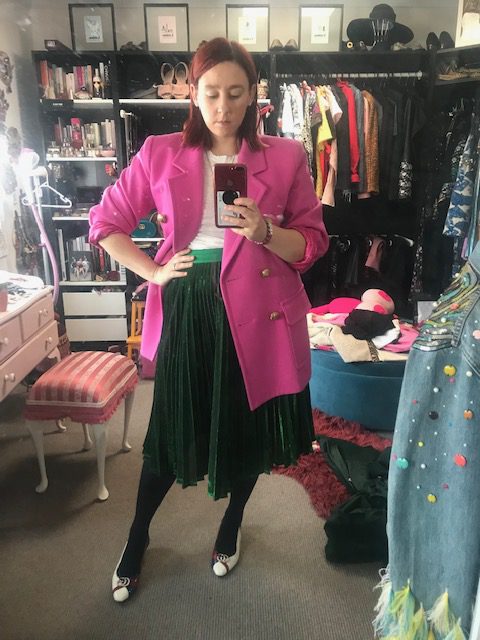 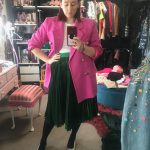 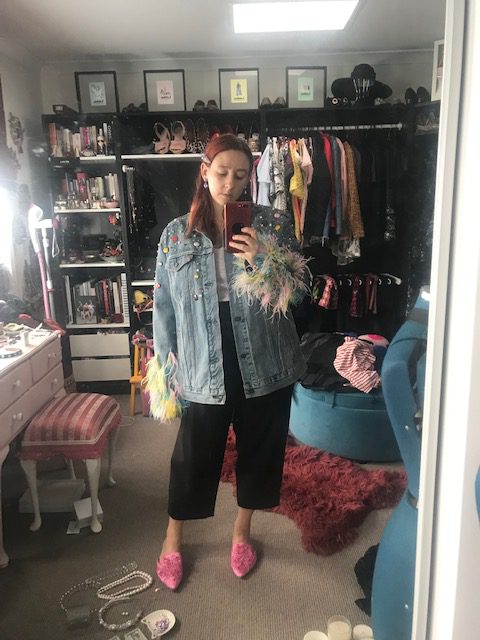 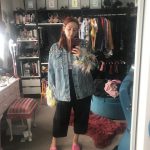 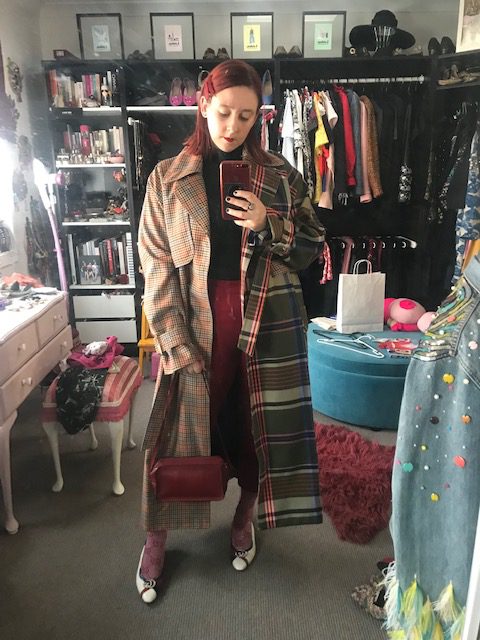 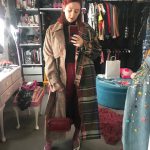 Thankfully, my days working from home are now numbered, and I will soon be returning to the office and the rhythm of daily dress. The longer I have worked from home the less I have been inclined to leave, an urge dangerous to an introverted over-dresser such as myself. Going forward I hope to marry the best of both worlds, my penchant for extravagant dressing, and my newfound appetite for comfort.