Warning: "continue" targeting switch is equivalent to "break". Did you mean to use "continue 2"? in /nfs/c05/h05/mnt/159427/domains/leidenmagazine.com.au/html/wp-content/plugins/essential-grid/includes/item-skin.class.php on line 1041
 Bell Shakespeare's The Miser - A Review | Leiden

On paper there is a lot to be excited about when it comes to The Miser: the play is one of Molière’s well known satires; it’s being put on by the legendary Bell Shakespeare company; founder of said company, John Bell, returns to the stage in the main role; there are opulent costumes, luscious wigs and a rather incredible looking duck-egg blue fainting couch.

And luckily in real life, it all stacks up.

The play, completely re-written by Justin Fleming, straddles the world of Molière as well as our own. Now peppered with plenty of Australian-isms, The Miser is tightly directed, impeccably acted and aesthetically pleasing. Silly laugh out loud moments sit easily alongside astute social commentary on greed, familial relationships and societal expectations.

Bell Shakespeare founder John Bell stars as Harpagon, a stingy money-lender whose greatest love is his money with his own children, Élise and Cleante, coming in a not even close second. Unbeknownst to Harpagon, both of his children are in love. The recipients of their love, however, are both poor, a status that would not meet the approval of their miserly father. When Harpagon falls for the very same woman his son plans to elope with, capers ensue.

In modernising the play, Fleming swapped the gender of Élise’s lover, Valère (played by Jessica Tovey), to create an exploration of female agency and love more relevant to modern-day Australia. The deliberate inclusion of modern language and colloquialisms also helped make the play accessible to a broader audience. A special mention goes to the character of Frosine (perfectly played by Michelle Doake) and her lavender pantsuit.

The costumes (the shoes!) hair and makeup deftly and arrestingly clash the 17th century historical dress with a modern sensibility. Perfectly pastel suits and playful dresses are offset by towering powdered wigs and well-placed beauty spots. The spare timber set provides the perfect backdrop for the aforementioned fainting couch and four perspex boxes filled with greenery representing the garden where Harpagon’s treasure is buried.

The Miser is smart, funny and digestible and well worth a watch. We give it eight Bell Shakespeare’s out of ten, would watch again. 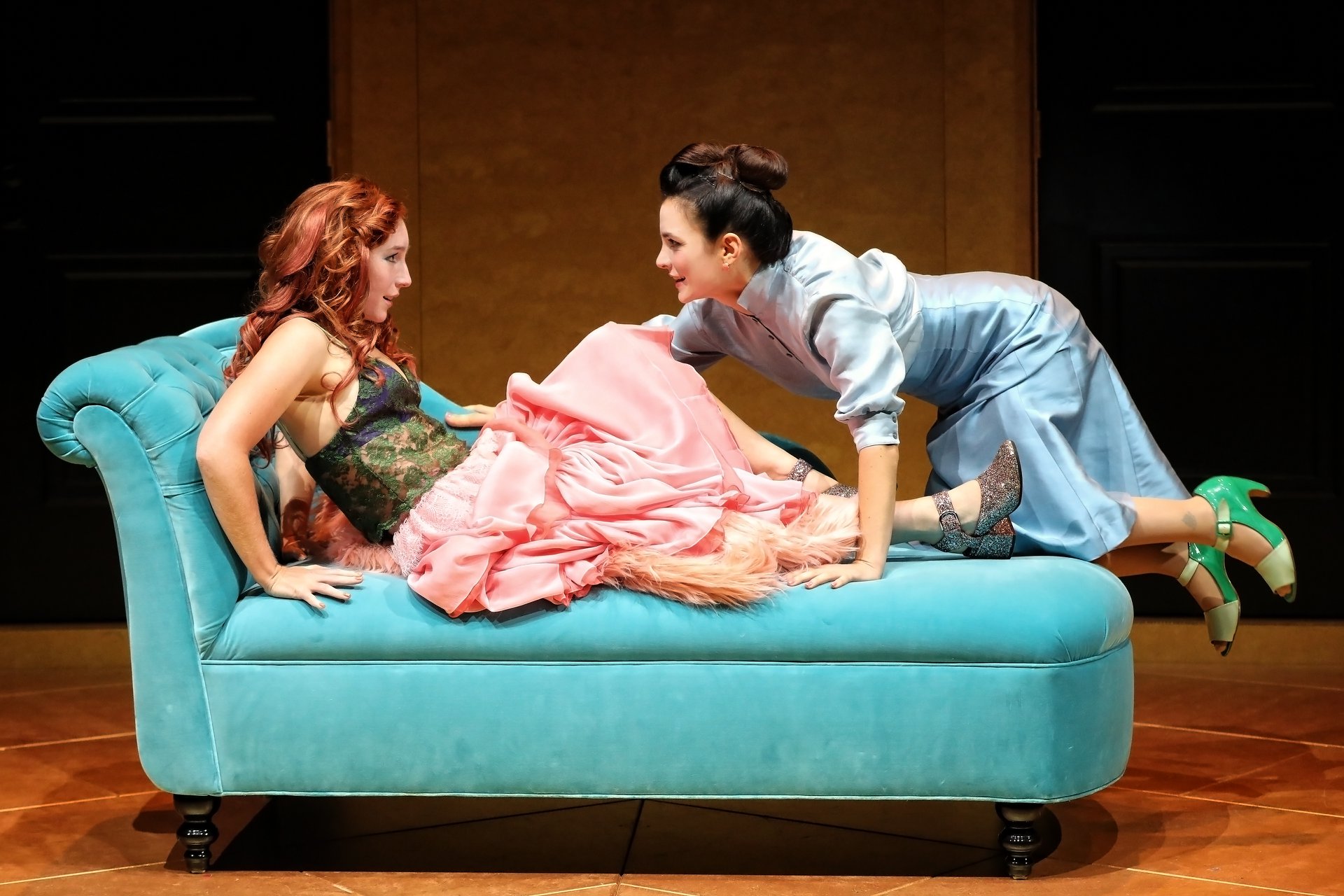 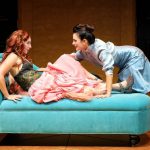 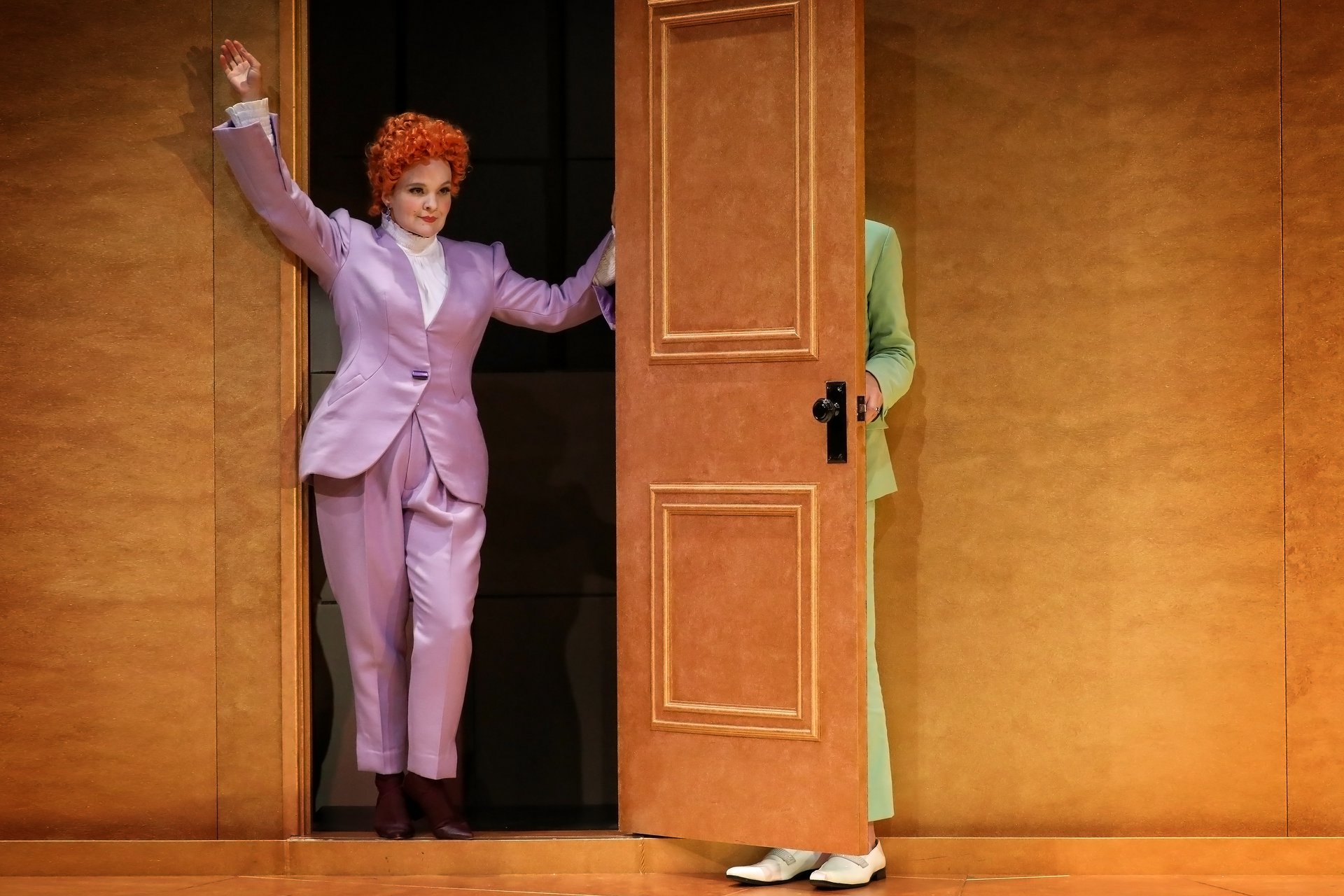 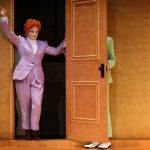 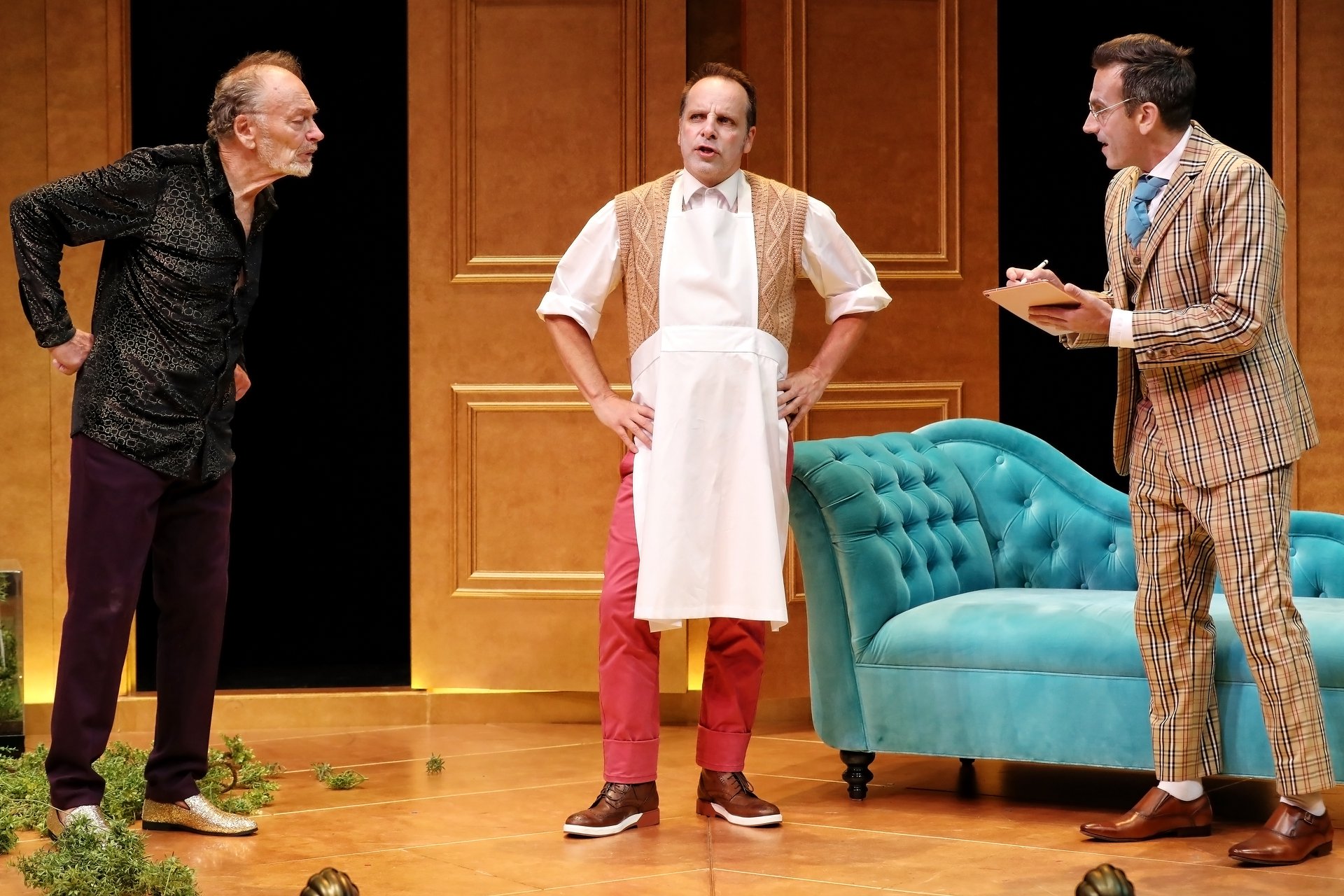 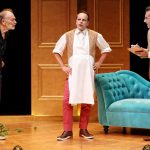 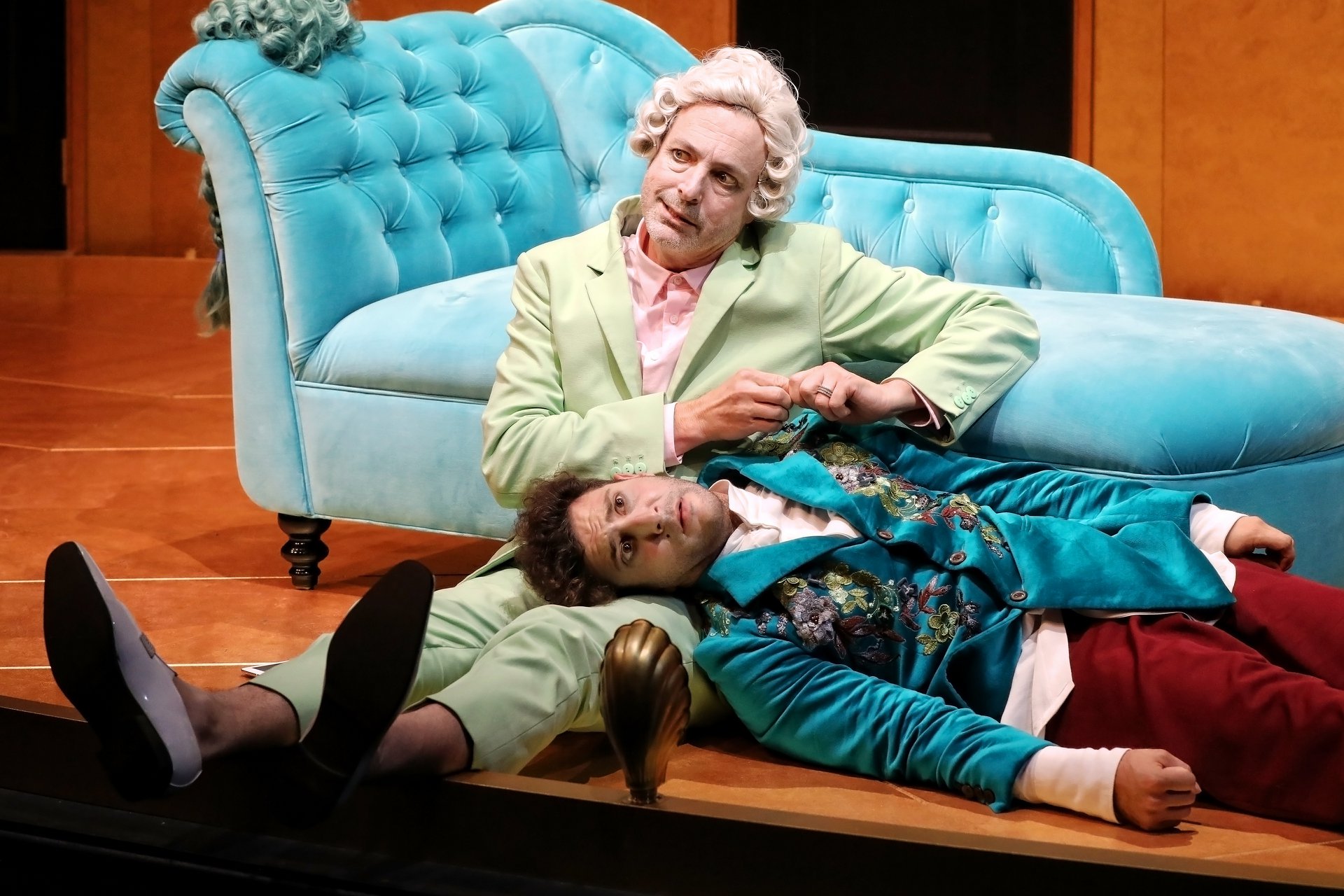 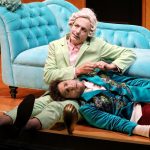 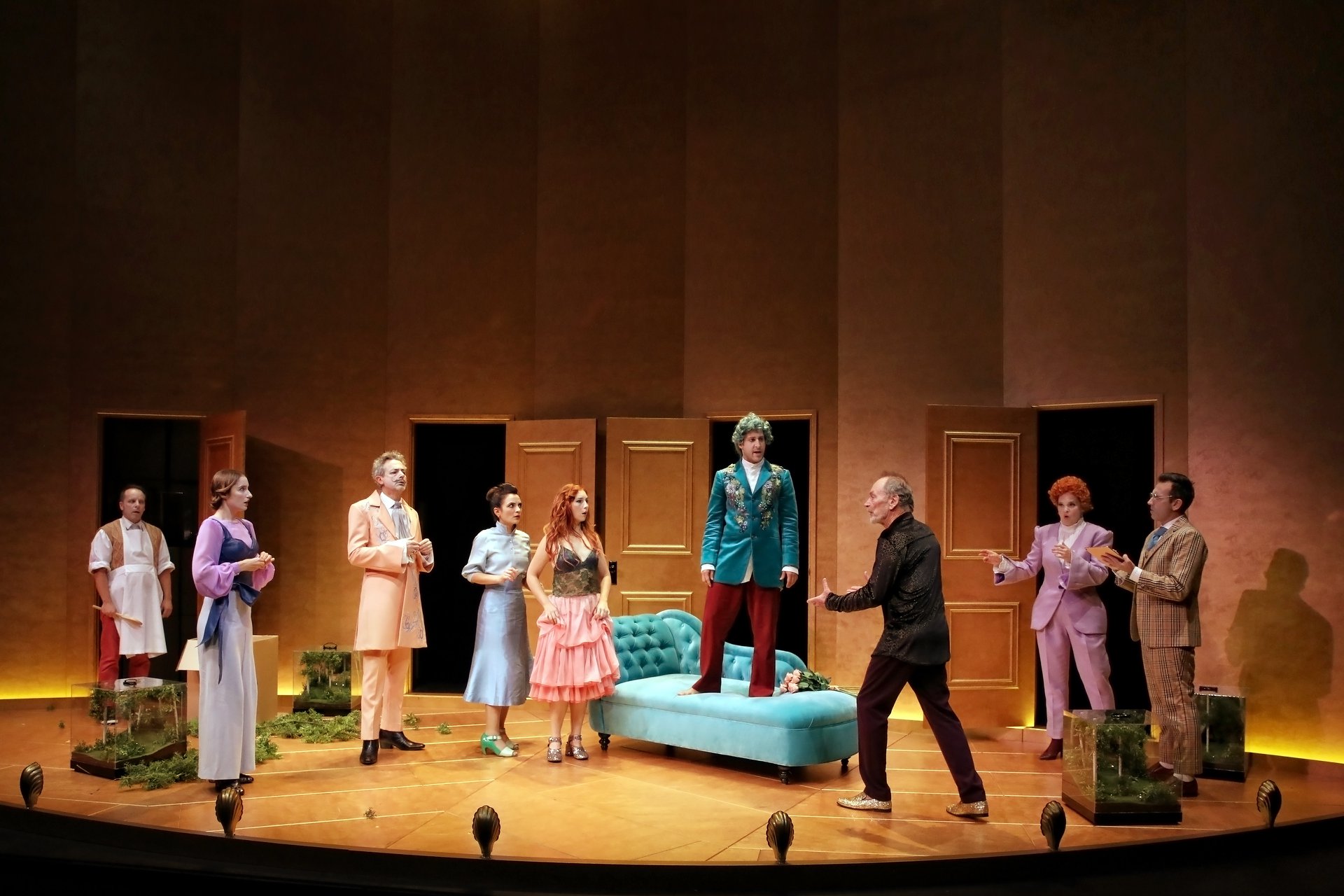 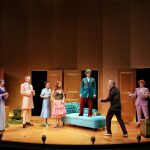