Warning: "continue" targeting switch is equivalent to "break". Did you mean to use "continue 2"? in /nfs/c05/h05/mnt/159427/domains/leidenmagazine.com.au/html/wp-content/plugins/essential-grid/includes/item-skin.class.php on line 1041
 Just Not That Into You: The Friendzone Explained | Leiden

You’ve no doubt heard the term ‘friendzone’ a lot but in case you haven’t, what you need to know is that in pop culture the friend zone refers to a situation in which one member of a friendship wants a romantic or sexual relationship with the other person but this other person isn’t interested. This puts the rejected person squarely into friendzone, which usually ends up tugging on their heartstrings and causing quite a bit of heartbreak.

Friends are very close to each other. They share their lives, their hopes and their dreams with their other person, so it’s very common to fall for each other when the veil of pretence has been lifted. But people find themselves extremely jaded and bitter when they find themselves in the friendzone. No one likes to be rejected and in the end they tend to struggle over why they were friendzoned in the first place. They end up like the character of Jerry in Rick and Morty in this meme below: 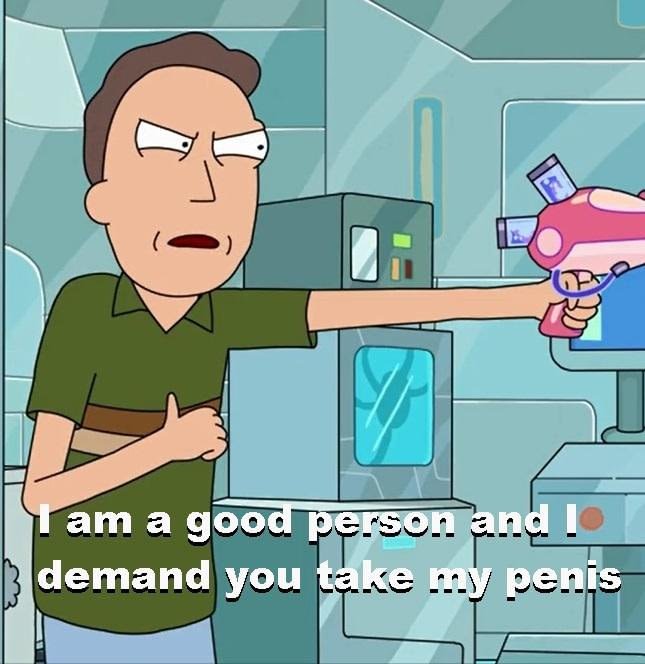 I have heard similar cries of rejection from many of my guy friends (as a blanket ruling, while girls are friendzoned too they take it less harshly than guys do), who complain about being a nice guy finishing last in the race for the heart of a lady. An ex-boyfriend told me he had what was referred to as ‘Nice Guy Syndrome’ and that he was following Mark Manson’s tried, tested and true advice in his book Models: Attract Women Through Honesty. Same goes with my current lover, who was studying books on seduction (I personally kind of think studying pick up artistry is super gross). This recent lover even complained to me on the phone about how a girl he was pursuing wasn’t interested in a romantic relationship with him and deemed it was because he was too nice.

‘If a man spit in front of her in the street she would probably fall for him!’ he told me.

Honestly, these guys consider themselves nice guys and to a degree they absolutely were. But they were also actually dicks to me as well, playing with my emotions with selfishness and disregard. To them they were the nice guys but technically, to my female perspective, they were being the dickish kind of guy they were complaining about.

Maybe without the spitting though. That’s just gross.

I recently shed some light on the actuality of the friendzone in a conversation on Facebook. A very jaded and bitter man decided to rant on a public forum about how stupid it was that this girl he was in love with had friendzoned him because he was too nice. Nothing about his rant sounded nice to me, and he sounded like he was looking at himself with the same rose-coloured glasses that my previous lovers had, so I felt the need to pipe in.

The thing about the friendzone is that it is fucking harsh, but you’re not there because you’re a self-deemed ‘nice guy’. To begin with, we can all be self-centred and dickish anyway, so there is a big likelihood that you’re not that nice and the object of your affection can just see through your bullshit. They’re your friend so they know you the best, right? But secondly, and fundamentally, every person wants someone who is nice to them and treats them with respect. We want someone to be nice to us. We actually do want that ‘nice guy’.

But there are other attributes that are needed to be met as well as being nice and respectful. Are you physically attracted to them? Are you interested in the same things that they are and have similar life goals? Do you fit together like puzzle pieces in the bedroom, or do you just not have that sexual chemistry? Do they love cats and you’re more of a dog person? There’s a lot of things that people are looking for in a potential partner, and you have to tick off more than ‘nice’ on the list.

The guy was spun. He actually thanked me for the honest answer and the explanation and I realised that I had answered my very own questions in what being in the friendzone actually meant. I thought of all the guys I had friendzoned throughout my dating life, and how they were all genuinely nice guys with similar interests, but I just hadn’t been physically attracted to them, or been able to hold the conversation in a way that flowed with them. They hadn’t been friendzoned because they were nice — in fact, if they were nice and asked me out I would at least give them a try — but I had friendzoned them because the physical attraction just wasn’t there.

So next time your friend complains about being in the friendzone, or you wind up there yourself, just remember that there is a bigger picture here than just ‘you’re too nice.’ There’s a reason they say that they are ‘just not that into you’ – because, they just aren’t. It’s all about perspective.

So let’s all face the facts, and stop demanding that I take your penis just because you’re kind of ‘nice’.

In Defence of ‘The Roster’

The Rule of Thirds: Should You Wait Until The Third Date To Have Sex?

The Sweet and the Sour: My Foray into the World of being a Sugar Baby