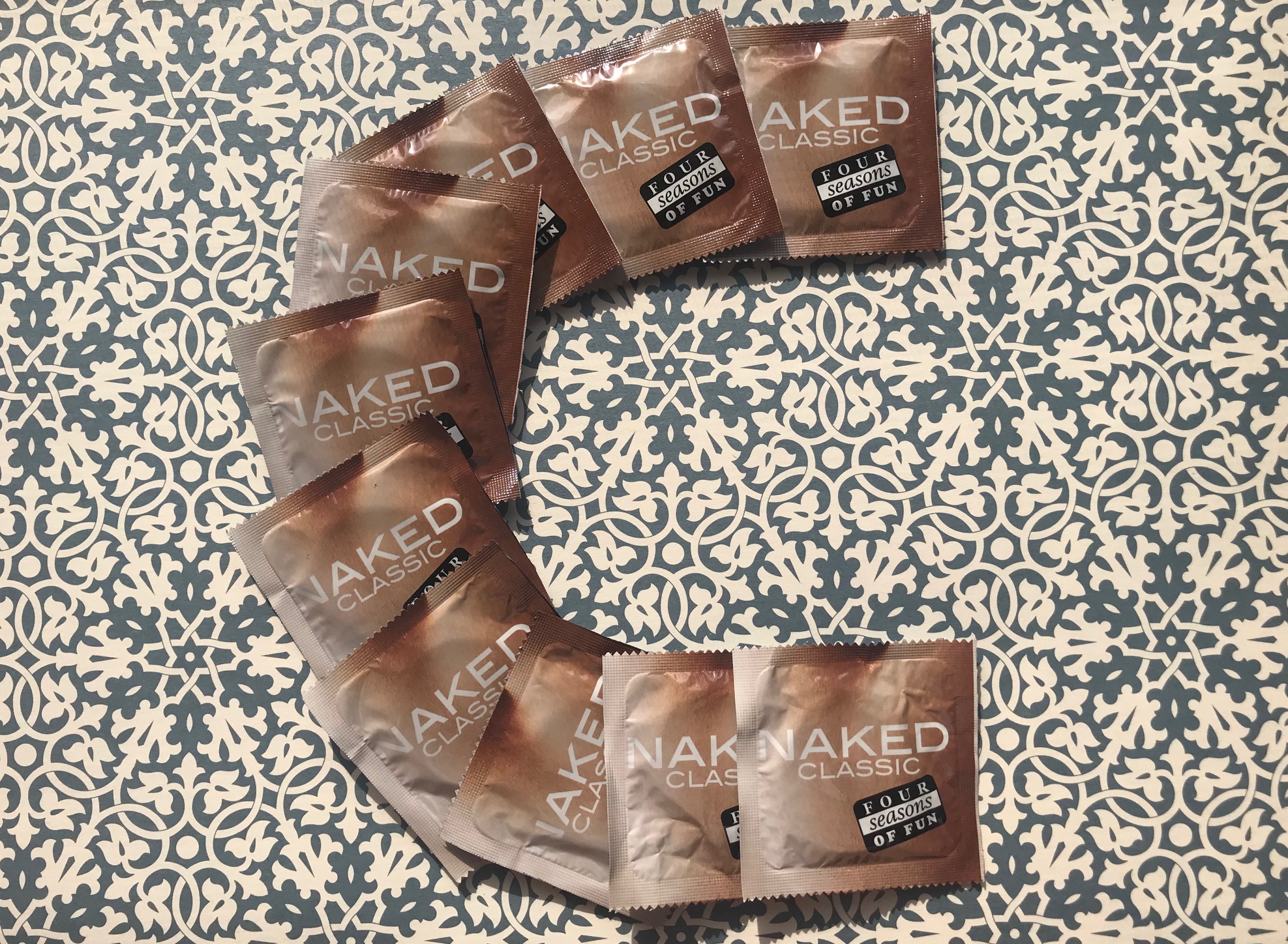 Mental health is an extremely common denominator when it comes to interacting with people, and one in four people will be affected by mental or neurological disorders at some point in their life. These kind of disorders can range from depression and anxiety to more psychotic disorders such as schizophrenia and bipolar disorders and can vary depending on the person, their chemical balances and their lifestyles.

I believe in tearing down the walls when it comes to the stigma that is mental health as I suffer from depression, anxiety and addiction due to the traumatic experience of divorcing my husband. Because of this I have been exposed to these forms of more common mental health problems and if you are single and mingling like I am, the chances are you too will meet and possibly date someone with some kind of mental health issues.

Because, as I said, it affects one in four.

I’ve dated people with depression but I’ve never dated a person with a more psychotic disorder like split personalities before — until last year. And as it turns out, dating a guy with a more exceptional mental health disorder is a very good lesson in consent and how consent can change at any time and in any way — not just before the clothes start coming off.

It takes the complicated and contested issue and maximises it. It’s not just about getting a “Fuck yes!” or a “fuck no!” – it’s also about making sure the delicate balance of mental stability is also addressed throughout the entire experience.

I didn’t know the guy I was seeing had split personalities at the time we started seeing each other. We had connected through a mutual friend online and he was really nice and sweet and said lovely things about me. He could read energies and talk to ghosts, which I honestly just found kind of interesting and didn’t see it as some sort of red flag for any kind of mental health discrepancies. We all have different interests and hobbies.

We were talking and seeing each other over a couple of weeks before I invited him around to stay at my house. As we were chatting things got pretty heavy when he started talking about his dysfunctional relationship with his father and I got the urge to kiss him and make it better. We started kissing and I lead him to the bedroom which was where things started to get weird. And weird for me is saying something!

Figuring he didn’t, I changed tactics and jumped on top, inserting him inside me. I started to ride him but again he didn’t really make any motions or movements that went along with this sexual position. He was just lying there as still as statute.

This should have been a major sign in regards to his mental state and his consent in this matter, and if I had been more aware of the situation I could have seen this lack of movement and enjoyment as very much so a “fuck no!”

Luckily, he knew his consent had changed and decided to put a stop to things. Suddenly, he grabbed me and turned me around so that he was lying on top of me yet still inside me. But after that one flurry of movement he stopped again. He was holding onto me, inside me, but we were just lying there on the bed.

‘I’m going to go have a smoke,’ he said, still inside me.

‘Right now?’ I asked, ‘We’re kind of in the middle of something here,’

‘Just think of it as teasing,’ he said, before he pulled himself out of me, climbed off me, put on his pants and left the room.

I lay there flat on my bed staring at the ceiling. What the fuck just happened? 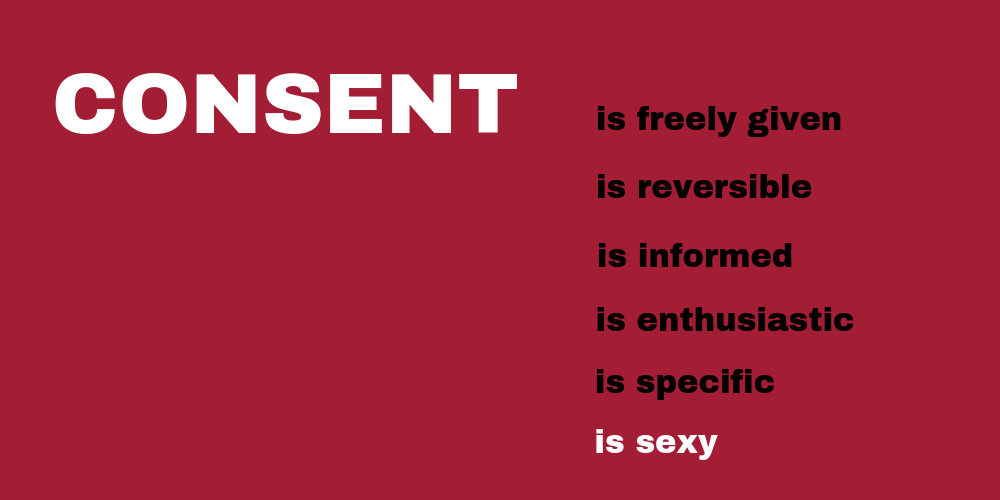 When it became clear he wasn’t coming back I got off the bed and put on some clothes. I came out into the kitchen and sure enough there he was having a smoke outside on the patio.

‘Is everything ok?’ I asked.

“Yeah, fine” he said. He finished his cigarette before he explained sheepishly that he had split personalities and everything had happened so fast that he just needed to stop. I told him that was fine because I understand that he had mental health issues, but honestly I was pretty weirded out. I’d been turned down for sex before a lot by my husband so I was used to rejection — but not during sex. It was not a concept I was used to.

While he stayed for the rest of the night and we slept (just slept) in the same bed (in which he told me the next morning that he had watched me sleep for signs of breathing during the night — ok, I’m starting to get creeped out about having a guy with split personalities in me bed) he had completely shut himself off and had become quiet and reserved. He was not the person I had come to known and I was no longer comfortable with him.

And it wasn’t that the consent had changed half way through – it was because I didn’t know how to handle the fact that his mental health was a lot more at play here than his attraction to me. I was worried that his revelation of split personalities would cause a rift and unbalance him, and the intensity of his instability made me worry for my safety.

Consent for sex had changed for him mid-way through, but consent at seeing him and seeking a relationship with him had also changed for me. Consent has never been black and white, but the addition of mental health made the question of consent an even greyer area than it is currently in.

He left the next morning, and we never really spoke again. He started talking to someone else and I took his silence as a good sign. I allowed him to believe that he made the decision to end things, so that he was comfortable enough not to be a threat to my personal safety.

It was a super weird experience but also a huge learning curve. Sex should always be a consensual and comfortable act between two adults and if your partner or you do something or try something that makes the other person uncomfortable it is totally ok to withdraw that consent — even if they are still inside you. But when the question of mental health is also added each party needs to make sure they are not feeding into any long-held issues and ensure that the experience is comfortable in every way – including inside your mind.

Crucially I learnt that you should always check in if something feels wrong or off before, during and after sex. If I had asked when he first gave me the signs that he was shutting down, I wouldn’t have felt terrible when he left me mid-sex and he would have been more comfortable in his mental state as well.

Checking in is always sexy, and consent is critical, so don’t be afraid to change your mind or be offended if they change theirs. It’s a personal choice and should always be respected!

Mental Health and Self Love

The Rule of Thirds: Should You Wait Until The Third Date To Have Sex?

Seeking a Boyfriend for the End of the World