Warning: "continue" targeting switch is equivalent to "break". Did you mean to use "continue 2"? in /nfs/c05/h05/mnt/159427/domains/leidenmagazine.com.au/html/wp-content/plugins/essential-grid/includes/item-skin.class.php on line 1041
 Leiden Book Club: Book & Film 6 – Cloud Atlas Review 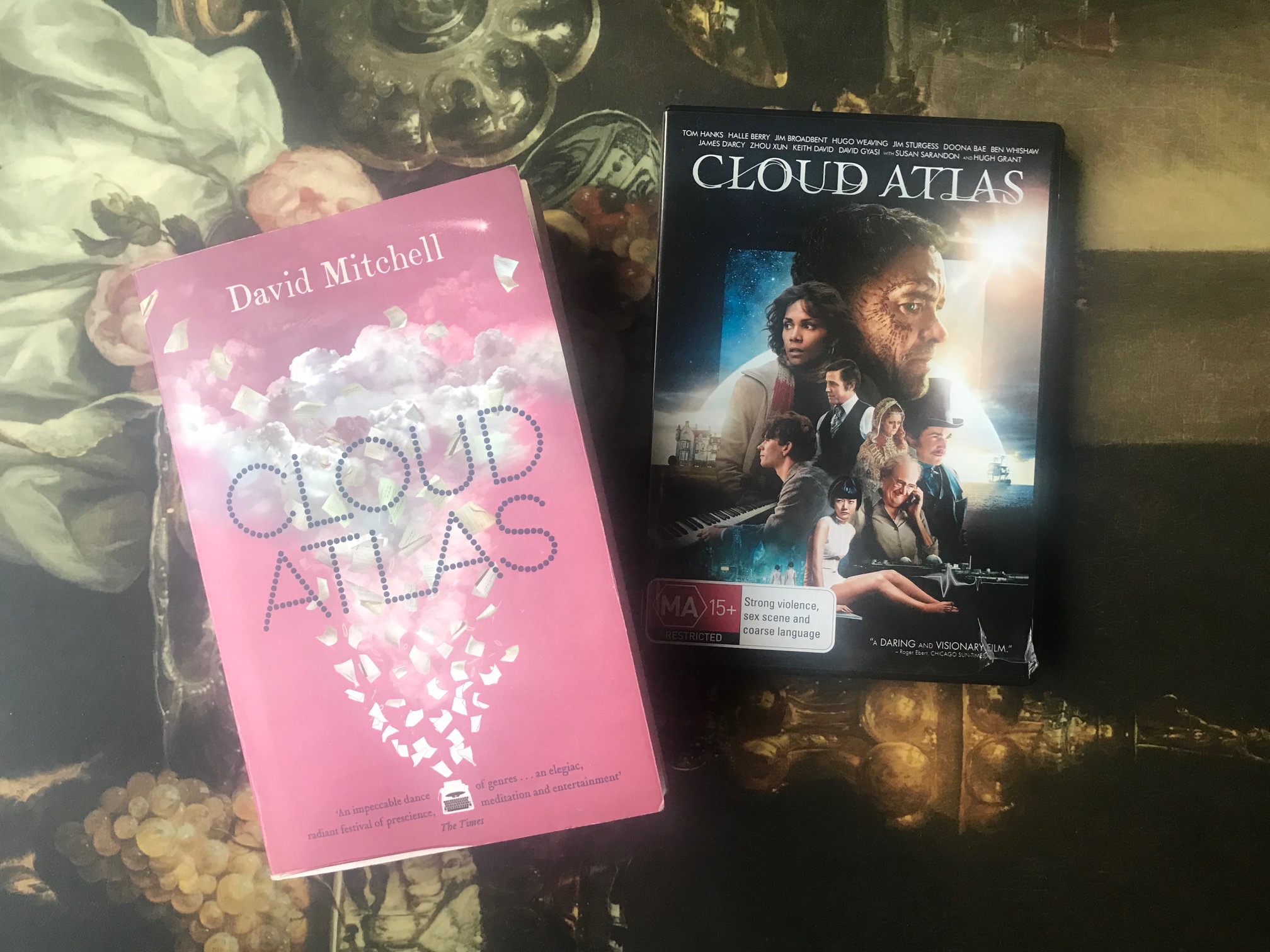 Since its initial publication in 2004, David Mitchell’s Cloud Atlas has garnered no small amount of acclaim. Its structure has been praised as ‘fantastic and complex’, its myriad voices have been called ‘distinct and superb’; it has won various awards, sold over one million copies and has been adapted into major motion picture. It is an opus cherished the world over — and I fucking hate it.

The novel begins, simply enough, on a beach in the Pacific Ocean. It is here that we are introduced to the first of many protagonists: a young notary from mid 18th century America by the name of Adam Ewing. These first early segments take the form of Adam’s journal, detailing strange events of his journey back to America. But just as the tension reaches its peak, David Mitchell pulls the rug from under us and drops into a new, seemingly separate, narrative: the letters of a struggling, early 20th century, bisexual composer.

This change sets up a pattern of individual narratives (six in total) jumping forward in time all the way to a post-apocalyptic future. But the gimmicks don’t stop there. You see, these seemingly disparate stories are actually connected by the fact that all the protagonists are in fact the same soul, reincarnated over centuries.

When viewed from far away this concept actually sounds pretty cool: the structure offers limitless opportunities for mind-blowing coincidences and weirdness and the ideas of reincarnation invite many metaphysical and spiritual questions. Unfortunately, Cloud Atlas takes this concept in the most shallow direction conceivable.

In practice the ‘complex’ structure is really just giving the reader the first half of five stories, the whole of one and then the second half of the other five. The stories are almost entirely self-contained; the only times they really cross over is when one story references a work produced by characters in the previous plotline and even then the reference has no impact beyond giving the reader something to knowingly smile about.

The whole reincarnation thing doesn’t go down well either; this one aspect has so little thought put into it, and so little impact on the story, that the novel would read exactly the same were it excluded entirely. By creating a world in which reincarnation is a real phenomenon, David Mitchell has an opportunity to explore many metaphysical questions and to flesh out the universe he has brought to us, an opportunity he seems disinterested in making the most of.

The fact that the characters share the same soul is only commented upon by the presence of a common birthmark ─ plot significance ends here. To be fair, the author claims he included the reincarnation thing as a way of showcasing a kind of cosmic analysis of human nature; to be unfair, it comes off more as a cheap way to express a relatively simple concept in a ‘mind-blowing’ way. And that’s just the damn book.

The film adaptation, directed by the Wachowskis (of The Matrix fame), takes everything reasonable about the novel and burns it to the ground. The plot structure is diced up even finer, resulting in stories snapping back and forth between one another at lightning pace that is neither intelligible or thrilling.

Dishonourable mention goes to the section An Orison of Sonmi-451, in which a test tube baby explores a world utterly dominated and ruined by crass consumer culture and the corporations that perpetuate it. While the novel explores and condemns the evil nesting within consumerist society, the film gleefully reinforces it by removing every decent idea present in the original plot, and replacing it with the laziest, dullest, Hollywood action-sci-fi shit ever put to screen. This is by no means the exception to the film, but simply the most egregious example.

All in all, Cloud Atlas is a dull, though easy, read that doesn’t challenge the reader so much as it pats them on the back for being as clever as its oh so clever author. And while I do enjoy being told that I am clever, I still regret not putting the damn thing down sooner.

Next up is Emma by Jane Austen and Clueless