Warning: "continue" targeting switch is equivalent to "break". Did you mean to use "continue 2"? in /nfs/c05/h05/mnt/159427/domains/leidenmagazine.com.au/html/wp-content/plugins/essential-grid/includes/item-skin.class.php on line 1041
 Kathy Lette on Breaking Through: 75 Years of Women in Parliament 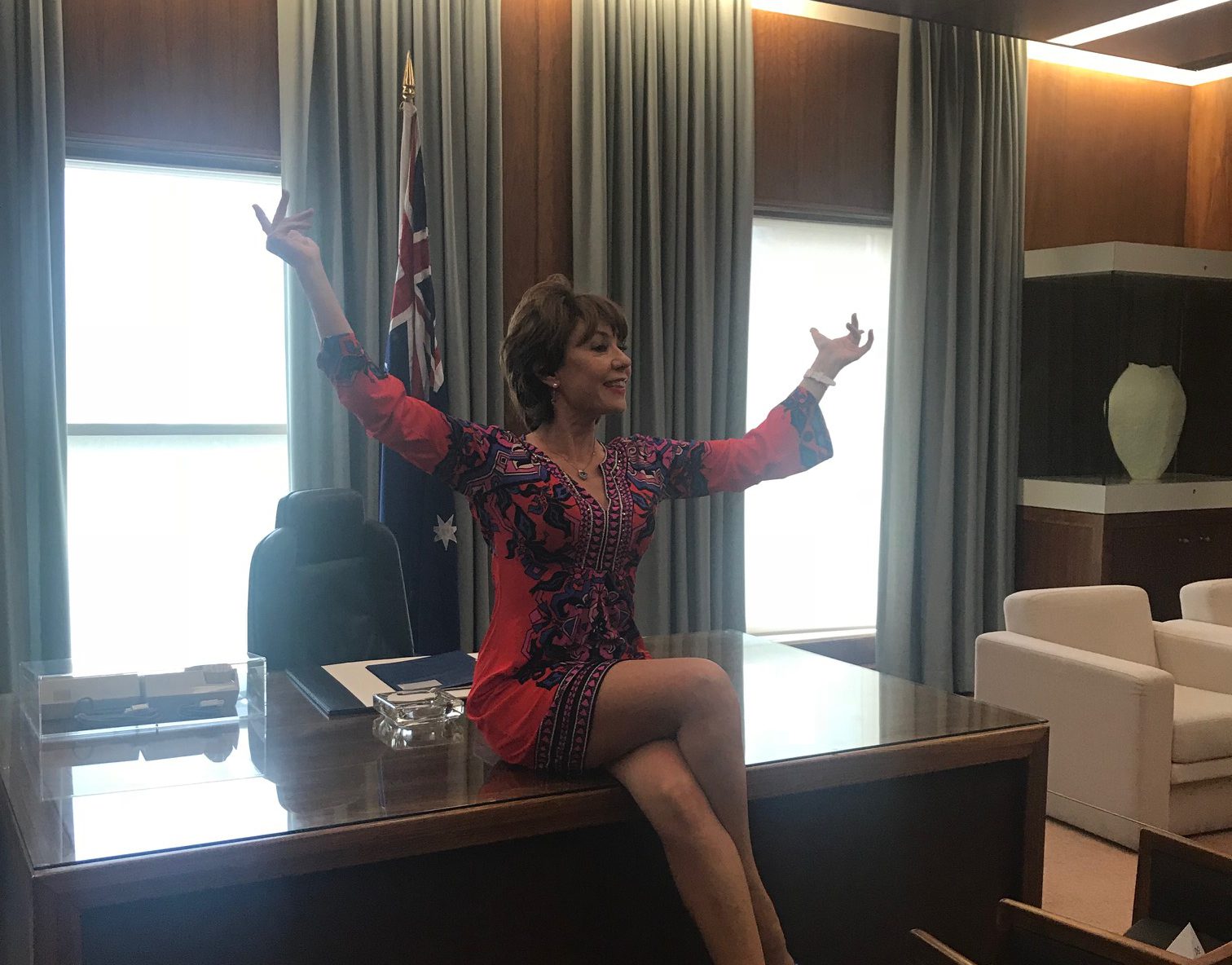 On the same day, at the very same moment, that the leadership spill was going down, I was just a hop, skip and a jump away at the Museum of Australian Democracy (MoAD) at Old Parliament House. Instead of checking #libspill every five minutes, I was instead pleasantly distracted from the downfall of our nation by a woman strewn across the desk in the Prime Minister’s Suite.

That woman was Kathy Lette, our new Minister for Feminism and Fun.

There may not be a real ministry for feminism or fun, but if there was, and there most certainly should be, Kathy Lette is the woman I would want for the job. She is an author, feminist, advocate and all round incredible woman who would do the office proud.

Kathy was in town for the Canberra Writers Festival and to launch a new exhibition at the MoAD — Breaking Through: 75 Years of Women in Parliament. This new exhibition, which is spread over the ground floor of the museum, celebrates the 75th anniversary of the first women elected to Australian Federal Parliament. Eleven trailblazers, who were each the first to hold particular parliamentary positions, are celebrated.

From the moment women were given the vote, they tried to get into parliament and have their voice heard. None of the early candidates were supported by a major party, which meant they weren’t successful, but each attempt played a crucial role in laying the foundations for the women who were successfully elected. 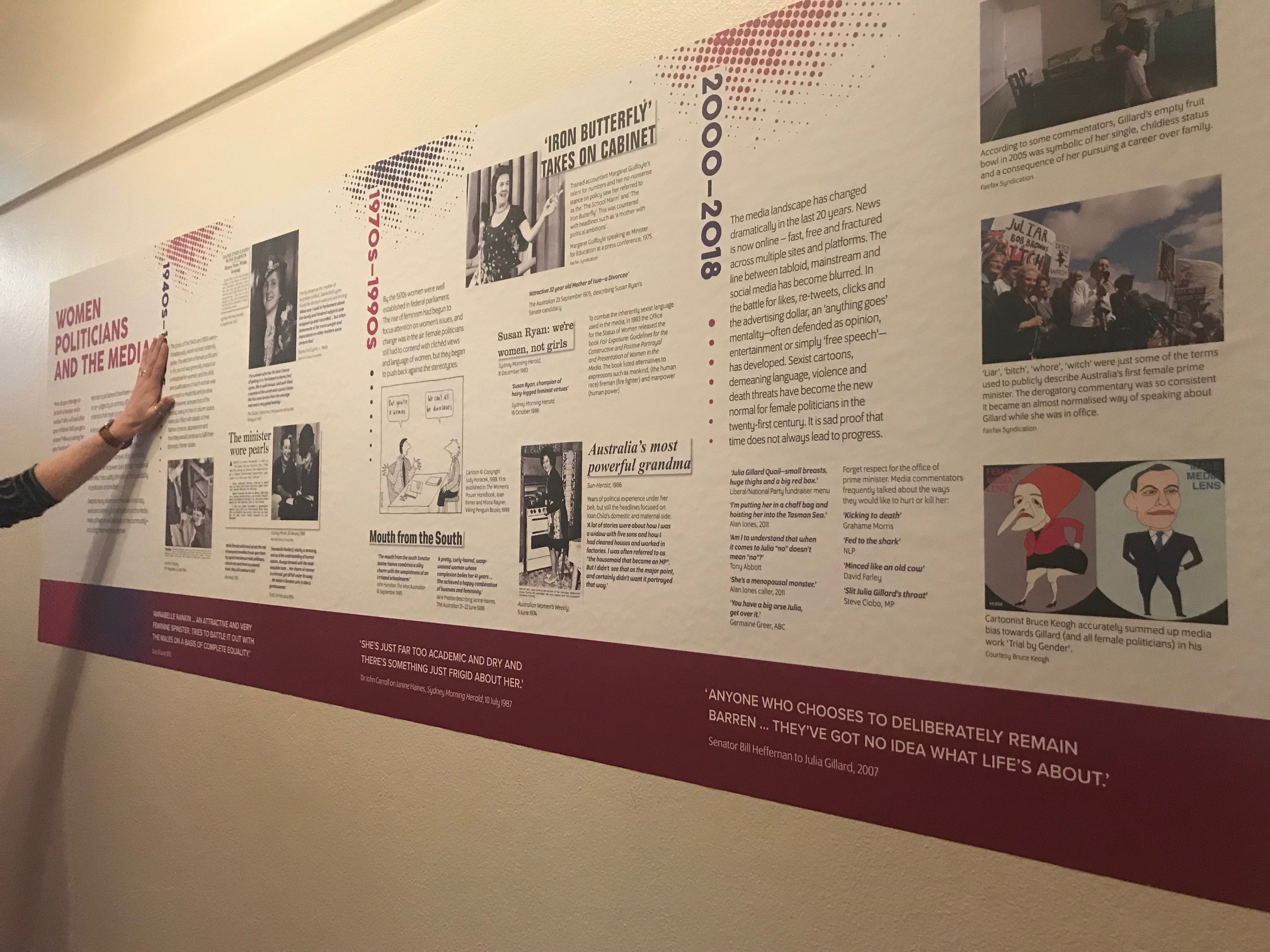 What I found particularly interesting in this exhibition was its exploration of the darker side of being a woman in parliament. Not only were women politicians often subject to less than fair treatment from their male counterparts, the media consistently used language to diminish their role and achievements. As the snap from the exhibition below demonstrates, things sadly haven’t improved with time.

‘The sexism is innate in our language, it’s sewn into our vernacular,’ confirmed Kathy. ‘It’s the same in the way we describe sexuality. It’s ingrained in our everyday life and we have to fight against it.’

‘You can tell the state of a society but the way it treats its women. I’ve been a feminist since I wrote Puberty Blues but for the first time in a long time I feel like a seismic shift is happening.’ And it’s true in a post #MeToo world that gender equality has gained some traction, however, recent research commissioned by the 50/50 by 2030 Foundation indicates we still have a long way to go when it comes to our attitudes to gender equality. 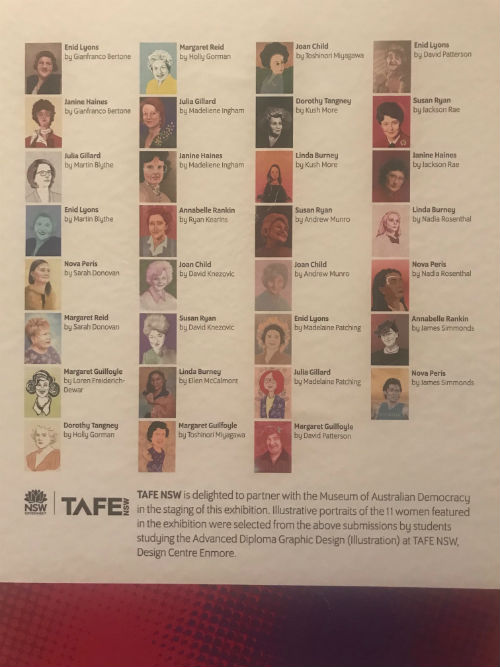 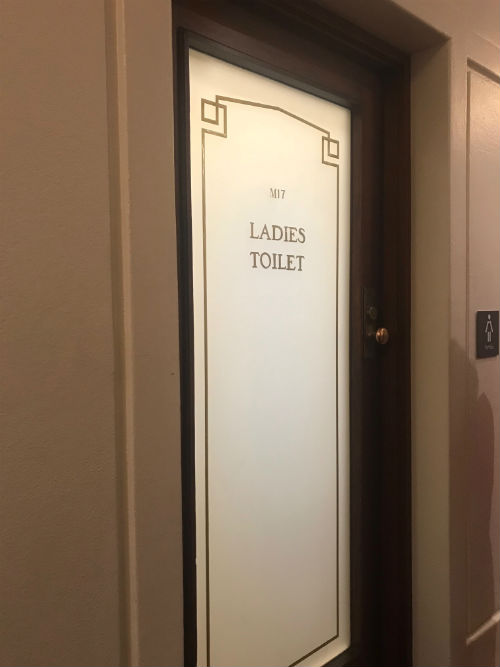 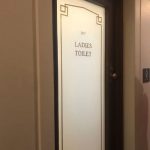 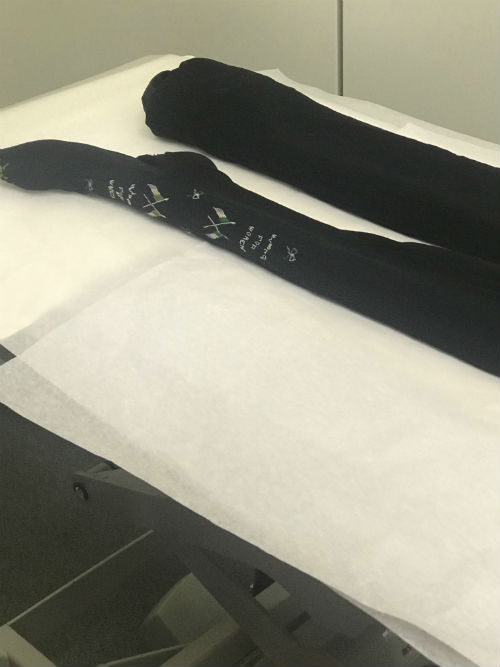 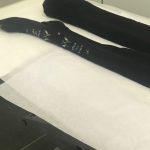 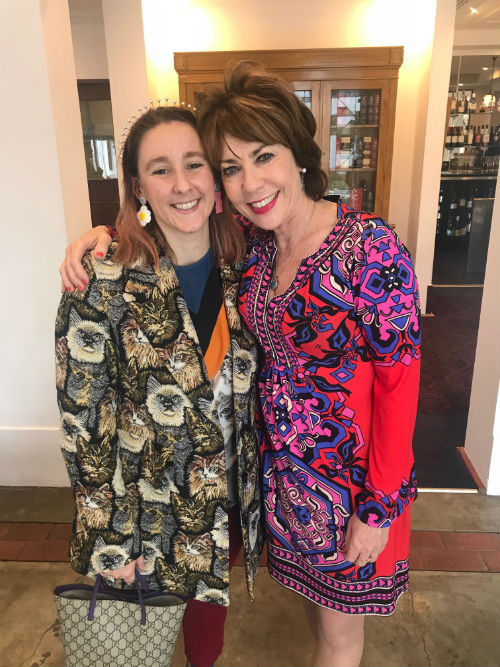 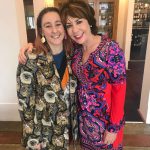 This is why Kathy believes exhibitions such as Breaking Through and her current campaign in collaboration with Annabel Crabb to have more statues erected to commemorate women (#onedayourplinthwillcome) are so important. ‘We need to capitlise on this momentum. It’s all about making women visible.’

After trailing after Kathy through the very brown halls of power that constitute the MoAD, I couldn’t help but feel optimistic for our future. For just as the each of the women celebrated in Breaking Through have done, as Kathy does now, and as women will continue to do into the future, we come together in the face of inequality and chip away at it, bit by bit, making it that little bit easier for those who come after us.

For in the words of Kathy Lette: ‘Women are each other’s wonder bra. We support each other and hold each other up. Together we can do anything’

Breaking Through: 75 years of women in Parliament

A journey through 200 Years of Australian Fashion