Warning: "continue" targeting switch is equivalent to "break". Did you mean to use "continue 2"? in /nfs/c05/h05/mnt/159427/domains/leidenmagazine.com.au/html/wp-content/plugins/essential-grid/includes/item-skin.class.php on line 1041
 Leiden Book Club - The Harp in the South Review 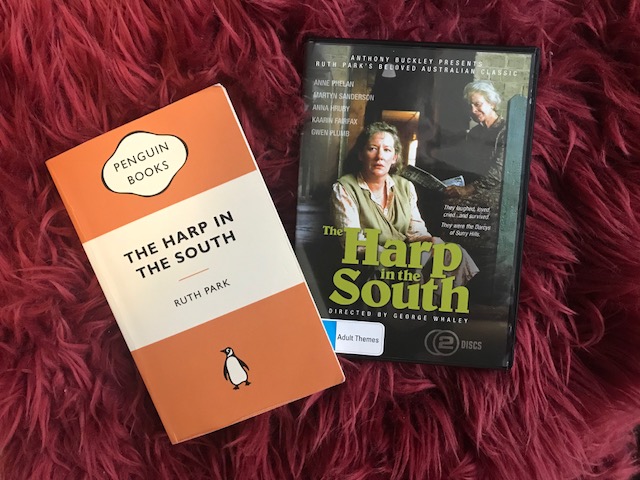 I feel as though I begin every review I write by claiming scepticism upon the receiving the initial assignment. Maybe I’m pompous, maybe I’m just careful, but almost everything I have thrown into my lap is met with reluctance. This reaction was no different upon purchasing Book Club’s latest: The Harp in the South by Ruth Park.

The Harp in the South, first published in 1948, is a gritty exploration of life in Sydney’s then-slum Surry Hills, set during the Great Depression for added appeal. The novel focuses most of its attention on the struggles of the Darcy family (comprising Hughie, Margaret, Rowena (Roie), Dolour and Grandma), though the spotlight frequently broadens its scope to include other members of the community, who’s actions impact the Darcy family in various ways.

The author renders her cast with a care that is both loving and unique, with the majority of action being communicated via a character’s internal monologue; this style offers the reader a deep glimpse not only into the individuals within the community, but into the spirit of their common home. Though strong characterisation is by no means the novel’s only attributes: throughout the novel Ruth displays keen insights into the social mores of the age, giving particular attention to the many failings of organised religion.

Sadly, the adaptation fails to live up to the standard set by the original (it should be noted that I am reviewing the 1986 Australian mini-series and not the 1964 British film). Despite being a series and not a film, the adaptation feels as though it is in a major rush to simply cover all the main events of the film; as per usual this results in many important moments not being given the space they need to breathe.

Casting is handled reasonably well but many actors seem unable to give their roles the same level of depth as in the novel, though the unorthodox style present in the novel would naturally make this difficult. Overall I found the adaptation underwhelming; I did, however, enjoy having a solid imaged to associate with the novel as I found it challenging to imagine Surry Hills as a slum.

So while I may walk away from this month’s book club with a forgettable DVD on my shelf, I am comforted by the presence of a lovely novel. The Harp in the South is a stark, concise and poetic; it is a wonderful examination of a time and place so rarely thought of and, once again, I have had my reservations thoroughly thrashed.

Next Up is Cloud Atlas by David Mitchell