Warning: "continue" targeting switch is equivalent to "break". Did you mean to use "continue 2"? in /nfs/c05/h05/mnt/159427/domains/leidenmagazine.com.au/html/wp-content/plugins/essential-grid/includes/item-skin.class.php on line 1041
 Leiden Book Club - The Taming of the Shrew Review 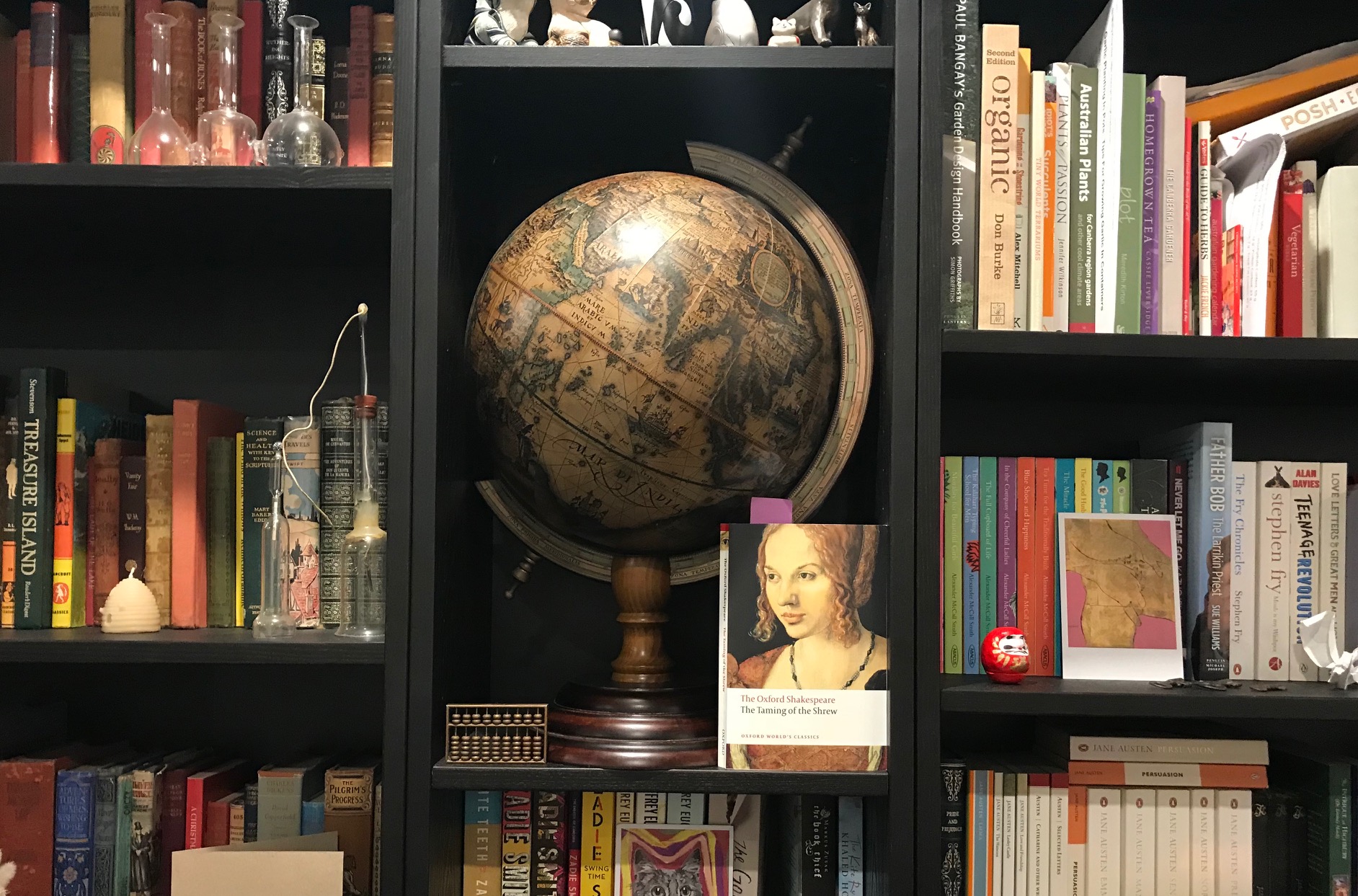 The works of William Shakespeare occupy a special place in the literary world: the larger-than-life characters; the tragic and/or comedic tales of love, power and death; and the countless speeches (‘friends, Romans, countrymen…’, ‘what light through yonder window…’, ‘out damned spot…’ etcetera, etcetera); all these things and more have been pounded into the collective consciousness so thoroughly that damn near anyone can cite something from at least one of his works. And yet, despite the ubiquity, one of the most enduringly popular Shakespearian plays (as far as my limited research can attest) is one of the least quotable — I read it last week and still couldn’t quote from it if I was pressed — and most controversial: The Taming of the Shrew.

The Taming of the Shrew, written sometime around 1590, is a comedy centred around the romantic conquest of two young women: the lovely and desirable Bianca and her combative sister Katherina (the titular shrew). Bianca, the most desirable woman in town, is hounded by three suitors while her curst sister Katherina is avoided like plague; this poses a problem for their father Baptista who, like all parents, wants to be rid of all his children.

Baptista attempts to solve the Katherina problem by withholding his blessings for Bianca until Katherina is wed. In response Bianca’s suitors employ the aid of the objectionable Petruchio, who declares he’ll tame and marry any woman if the dowry is right. And with the Katherina problem taken care of the suitors are free to woo Bianca by assuming an increasingly complex series of false identities and entering her home under false pretences. Hijinks ensue and everyone lives happily ever after.

The outline of the plot might sound like standard Shakespeare fare but things become less and less easy to enjoy as the plot drags on, due primarily to an elongated scene towards the end in which Katherina is tortured and brainwashed into submission by Petruchio. The way in which Katherina is portrayed (intelligent, witty, endearing) makes her dehumanising treatment and ultimate taming come off as more tragic than comedic.

Curiously, this seems to be the most common reaction to the play throughout its entire history; apparently even the audiences of the 1500s found it a little jarring (again, my research here limited). Though perhaps this is remedied by the way in which the play is framed; you see, the play proper opens not with the main characters but with a drunken lout named Christopher Sly, who is kidnapped by a nobleman, tricked into believing that he himself is a nobleman, and made to watch The Taming of the Shrew while we watch him watching. Some theorise that this framing means the sexist overtones of The Shrew are ironic; but that discussion has been raging for years and is unlikely to ever reach a resolution.

Subtext aside, the actual text also leaves much to be desired. Shakespeare’s gift for words is, as always, unassailable, with all the dialogue containing that ebb and flow that is uniquely his, but in The Shrew that gift is not utilised as well as in other plays. The play takes an incredibly long time to get the point, compounded by the fact that it has to set up its premise twice; I found I only sat up and enjoyed myself during the verbal jousting between Katherina and Petruchio which, to be fair, is an excellent scene totally devoid of any of my previous criticisms; unfortunately, that scene takes place almost halfway through the play and things quickly deflate after that. But thank God, there’s a wonderful modern staging of The Shrew that addresses all of the play’s issues while preserving its core plot. Let’s talk about 10 Things I hate About You.

10 Things I Hate About You, released in 1999, takes the action of The Shrew and turns it into a teen rom-com set in a modern American high school: shrewish Katherina is now antisocial feminist Katerina (Kat), dirtbag Petruchio is now bad boy Patrick and Bianca is now Bianca. On its own the film is an above-average rom-com in era when rom-coms were all the rage; the characters are memorable, the jokes all hit their mark and the ending gives us that elusive feeling that love is real, to say nothing of the killer soundtrack. Once the film is considered alongside its source material, however, things begin to get a lot more interesting. While The Shrew is content to say Katherina is shrewish and leave it at that, 10 Things asks why she’s shrewish — and then points the finger at guys like Shakespeare.

10 Things’ Kat is shrewish because she’s been jerked around by men who see her as an object of sexual conquest, she’s shrewish because her school’s curriculum is content to push the worldview of old-white-man-Shakespeare while ignoring the likes of de Beauvoir and the Brontë sisters. And while The Shrew’s Katherina is tamed by having her personality beaten down, 10 Things tames its protagonist not by destroying her, but by tempering her extremes. The film cleverly manages to tear down the pedestal Shakespeare has been put on, while still accepting the weight of his contributions; nowhere is this highlighted more than in Kat’s wonderful speech in the finale, wherein she replaces Shakespeare’s words with her own unique experience while still preserving the universal sentiment.

The Taming of the Shrew might miss the mark, especially in this day and age, but if you’ve read every other play, and if you really want to appreciate 10 Things I Hate About You, then it’s worth the slog, if for nothing else than one scene of great banter.

Next Up is The Harp in the South by Ruth Park