Warning: "continue" targeting switch is equivalent to "break". Did you mean to use "continue 2"? in /nfs/c05/h05/mnt/159427/domains/leidenmagazine.com.au/html/wp-content/plugins/essential-grid/includes/item-skin.class.php on line 1041
 Black Chicken Remedies AXILLA Deodorant Paste Review 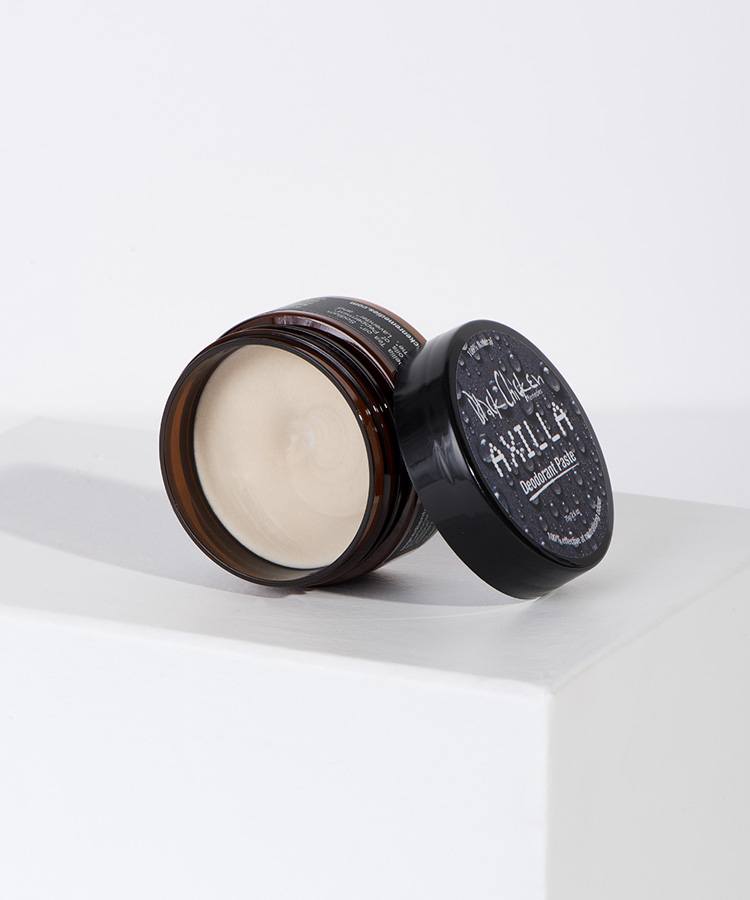 Your skin is your biggest organ so I began there, with face wash, moisturisers and then deodorant. My boyfriend at the time had never used deodorant as he detested the classic teenage boy gassing of LYNX and insisted on spritzing his underarms with Burberry until he discovered Aseop’s deodorant. That’s where I started.

My underarms didn’t appreciate the shift from my Dove cucumber aerosol so the transition was slow. My skin reacted quite uncomfortably to the Aseop, so I tried Sukin, the same reaction or irritation with the lack of stink coverage. My occupation is very physical and requires me to be sweat and encourage others to be sweaty also, so being smelly was not an option. Next I tried a crystal deodorant from Thailand that I discovered in Coles. That didn’t cause any irritation, however, it was not the easiest to apply and again wasn’t quite enough.

I gave up for a time and went back to a roll on until a friend of mine told me about Black Chicken Remedies AXILLA Deodorant Paste. She swore by it and with a read of the online reviews I was determined to try. I can now say in two years, I haven’t turned back. Australian made, cruelty free, 100% natural and with a number of certified organic ingredients it was a no brainer.

They recently released a new edition to the original which was perfect timing for me because after four and half months in humid south east Asia I was in need of a little change for my all day sweaty underarms. I can also attest to the original. The scent is delectable with essential oils and not overpowering, feels like a moisturiser on my skin, no stink and the barrier booster variation for sensitive skin is just the same. I find the new edition doesn’t have the all day longevity of the original, after a whole day of teaching barre, dance and riding my bicycle on a hot day, but it still manages to do the trick.

Caution to those who sweat though, this isn’t an antiperspirant. You do sweat and after using those products that block your pores it can be quite an uncomfortable feeling to get used to. Also it only requires a pea size amount for you to rub into your underarms and by the look at some of the reviews people aren’t a fan of the application. However, this moderated approached means you get longevity out of your little 75g tub.

If you have been using other products for a time there is an adjustment period for your skin and it’s on you to stick with it; my friend said it took her two weeks. I have gifted a many a pot of Black Chicken to friends and I can say they’re all converted.

Kara is a contemporary dance creative, dance teacher, barre instructor, wannabe yogi and world wanderer. She loves reading, colouring and sewing. You might find her walking the streets of Melbourne in search of the next best brunch or at home babysitting her cactus and succulent collection with a red wine in hand.