Warning: "continue" targeting switch is equivalent to "break". Did you mean to use "continue 2"? in /nfs/c05/h05/mnt/159427/domains/leidenmagazine.com.au/html/wp-content/plugins/essential-grid/includes/item-skin.class.php on line 1041
 Eurydice Dixon was let down - It's time for tangible change 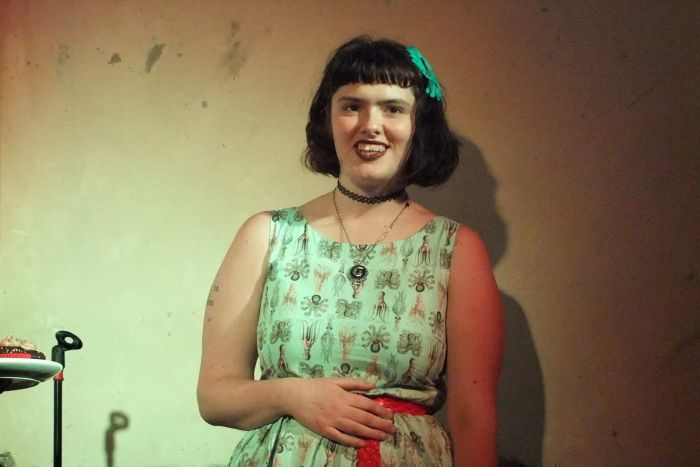 Did you know that since the September 11 attacks in 2001 there have been six people killed by terrorists in Australia? This is itself a hideous thing to think about, and it should make us grateful for the anti-terrorist measures that the government and police force are always undertaking.

Did you know that since 1 January 2018 there have been thirty women killed in Australia? That is more than one woman killed each week. Really think about it for a moment. Thirty women. And yet, in the federal budget this year, Malcolm Turnbull’s government committed more money to a statue of Captain Cook than it did to combating violence against women. They committed more funding to memorializing a white, dead, male invader than to helping prevent the unnecessary deaths of women that are occurring every week.

Do I sound angry? I am. I’m fucking furious. Just this week twenty-two year old comedian Eurydice Dixon was raped and murdered walking home after having performed a comedy show in Melbourne. The police response to her tragic death has been predictably disappointing, advising ‘people’ to take care around the Carlton area, to carry their mobile phones and let someone know where they are. The implication is clear: if women want to be safe they should avoid being out and alone at night. Great, cool, fucking excellent advice guys.

Eurydice Dixon was not responsible for her death. The man who raped and murdered her was. Though well meaning, this response from the police is not addressing the real issue here. Women should have a right to be safe no matter where they are, but constantly we are told that this isn’t true. We are told not to be alone, not to wear suggestive clothing, not to get too drunk, not to be out too late. The truth is, none of these things matter if men are not taught to stop raping and murdering us. I can’t take responsibility for my body if men don’t respect my right to choice, and I can’t take responsibility for my life if men don’t respect my right to live.

I get why the police issued this response. They don’t want any more women dying in parks in Melbourne either. But the response doesn’t really do anything to help change the society that allows this to happen. It also doesn’t acknowledge the fact the Eurydice’s death is an exception as she didn’t know her murderer. Most women who are victims of violence suffer at the hands of men they know, most often men they are in, or have been in, relationships with.

The truth is I am so fucking sick of being told all the things I should do to not be raped. If we spent half as much time teaching men to treat women with respect as we do shaming women for being the victims of violence we might actually get somewhere. And I am so sick of all the cries of ‘not all men’ every time someone talks about violence against women. So you’re a man who doesn’t harass or abuse women? Congratu-fucking-lations, you’re a decent human being. Even if it is not you, it is men that you know and spend time with, it is men who you admire and work with and it is a male problem that we are all responsible for addressing. Yes, women do have a part to play in addressing male violence, but it is not by changing our behavior to try and avoid being attacked.

I don’t have all the answers, but I do know that there are lots of things that we can do to initiate change. If you are as heartbroken and angered by Eurydice Dixon’s death as I am (as we all should be) then we must start working to change things. Call or write to your local members, both on a federal and state level, and demand more action on violence against women. We have to remember that the government work for us, and the more pressure we put on them, the more likely we are to see change. Donate to your local women’s shelters and rape survival organizations. And let’s all stop letting everyday micro-aggressions slide. Call out misogyny when you see or hear it. And if you get called out by someone you know, maybe take it on board instead of getting defensive.

Australia let Eurydice Dixon down, as it has let down all the other women who have lost their lives this year. May they all rest in peace, and let us all take a moment to think of the hell that their families must be in right now. But also, let’s be galvanized into action by their deaths. The culture has to change, and we all have to take responsibility for making that change. We have to get angry and we have to do better, because if we don’t who knows which of us will be next.

Playhouse Creatures On The Way to Monaco

The Leiden Guide to Feminism