Warning: "continue" targeting switch is equivalent to "break". Did you mean to use "continue 2"? in /nfs/c05/h05/mnt/159427/domains/leidenmagazine.com.au/html/wp-content/plugins/essential-grid/includes/item-skin.class.php on line 1041
 Queer Eye in Yass Australia - Yaaaaaaas 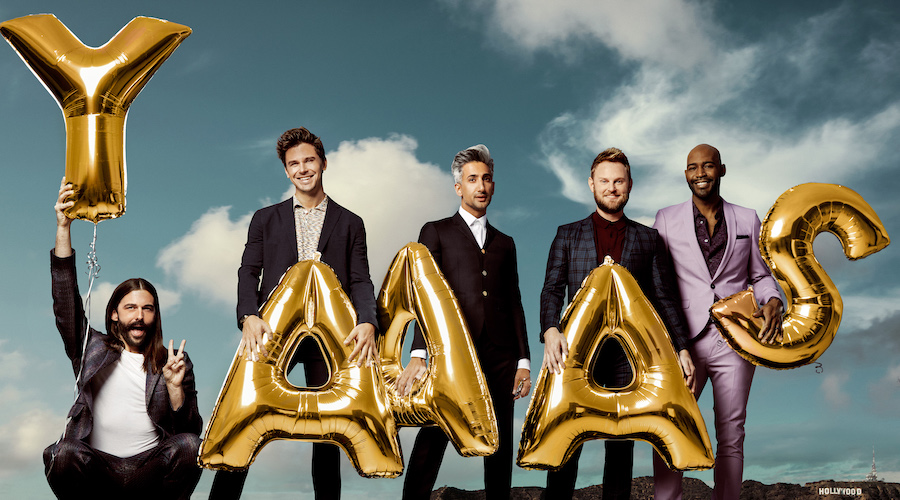 One of our favourite people at the Canberra Times has just published an article postulating that the fab five are in Canberra to make over a lucky Canberra man. Antoni Porowsi, Tan France, Karomo Brown, Jonathan Van Ness and Bobby Berk have touched down in the nations capital and, thanks to the power of instagram, we know they are staying at the Ovolo hotel in New Acton.

We can rather gleefully reveal, largely due to the combined efforts of our interconnected web of spies, that our favourite quintet will in fact be making over a lucky someone from the adjacent NSW country town of Yass. That’s right. Yaaaaas.

The fab five previously announced that they would visit Australia in early June but gave no clues as to where they would be performing a ‘special makeover’. Now we know where said makeover will be taking place, their choice of location makes perfect sense.

Our spies also revealed to us that the fab five, or at least Antoni, would be taking over the kitchen of Trader & Co in Yass on the morning of the 6th of June. We have since found out that the Queer Eye production team have instead opted for a local pub, however, we do have it on good authority that Antoni will be making use of local produce including a pumpkin sourced from Trader & Co. Lucky pumpkin.

A little bit more instagram sleuthing revealed that Jonathan at least was grabbing a coffee at local hipster hangout The Cupping Room. Off we obediently trotted to bring you this rather special footage of the big five out and about in their new Canberran habitat.

Keep your eyes peeled for the second season of Queer Eye dropping on Netflix on June 15.

Amy Flynn and Violet Cully with the Fab Five

Queer Eye – What Went Down in Yass