Warning: "continue" targeting switch is equivalent to "break". Did you mean to use "continue 2"? in /nfs/c05/h05/mnt/159427/domains/leidenmagazine.com.au/html/wp-content/plugins/essential-grid/includes/item-skin.class.php on line 1041
 Leiden Book Club - Breakfast at Tiffany's Review 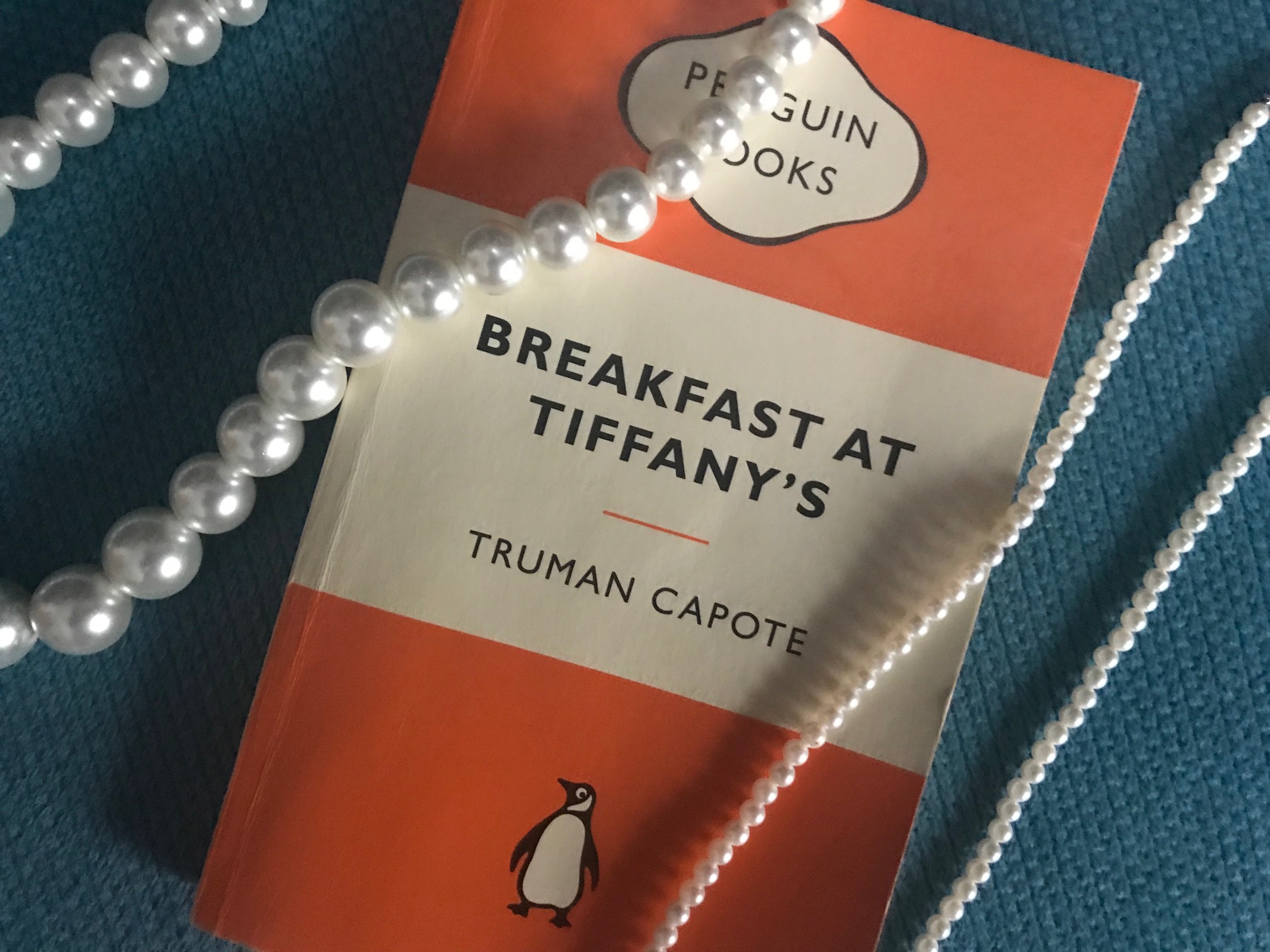 What can one say about Breakfast at Tiffany’s, Truman Capote’s miniature opus? The novella, despite its slender spine, has an awesome weight to it, carrying the great mass of reverence that has been heaped upon it since its first publication in 1958. And while the film adaptation does tend to soak up the bulk of this acclaim the judgement of time is still clear: here lies one of America’s finest novel(la)s. So, what’s the deal?

Breakfast at Tiffany’s is the tale — told through the first-person eyes of mononymous narrator Fred — of Holly Golightly, a young, beautiful and enchanting girl-about-Manhattan. Holly begins the story on the peripheries of Fred’s vision, only being glimpsed in passing as she sashays up and down the streets, hanging off the arms of a rotating roster of men. Fred’s observations, coupled with the rumours surrounding her off-kilter lifestyle, foster a growing fascination within Fred.

The two eventually meet proper thanks to an impromptu home invasion by Holly, in which she delivers the first of many babbling monologues detailing her thoughts on just about everything, though she cools rapidly at the first question related to her past. Fred is charmed by her semi-upfront nature and the pair quickly become friends in earnest, which in turn exposes Fred to the myriad men with which Holly keeps company. It is through his conversations with Holly and the people she has ensnared that Fred begins to unravel the mystery of the wild girl from nowhere.

This mystery is novella’s core concern. In the early stages Holly comes off as something ephemeral, something that is less human and more enchanting ideal, which is only heightened by the precious few hints of her past that crop up so infrequently. She floats outside the constraints of the society in which she lives, emphasised by the finesse with which she wins the hearts of men from every rung of the social ladder. But as Fred chips away at the pretence the mythology of Holly evaporates and we are left with a picture of true humanity.

Humanity is the key word here. In Breakfast at Tiffany’s, Truman Capote demonstrates an extraordinary eye for the colourful details that can make us so drawn to other people. This eye is not just limited to Holly, but to the entire cast, who come alive with voices so lively you’d swear they were in the room talking to you, yet delicate enough that they never veer into the realm of caricature. Breakfast at Tiffany’s is a wonderfully executed character study written with elegant brevity and sharp wit. I loved every clause of every sentence of every page. And I am already looking forward to reading it again.

Unfortunately, despite the critical acclaim, I cannot say Breakfast at Tiffany’s the film stands quite as tall as its source material. The film cuts out large chunks of the narrative in favour of its own additions, which do not give off the same sense of charm and insight as the novel does. The casting, as well, misses the mark. Audrey Hepburn, while stunning, just is not Holly: she doesn’t sound, move or even look much holly.

Furthermore, the decision to turn the story into a rom-com means that the narrator is removed almost entirely, being replaced by a character who bears little to no resemblance to the man he once was, and is played by a man who never could be. Honourable mention does go to Martin Balsam for his lively and colourful portrayal of O.J Berman. Dishonourable mention goes to Mickey Rooney’s stunningly racist portrayal of Mr. Yunioshi; whether the racism offends you or not, his goofball antics here really didn’t fit the film and it’s just a failure on all fronts.

Overall I think the film would have done far better had it not pretended to be in the spirit of the novel and simply existed as its own separate feature. I will say this in its defence, however: Moon river is an exceptional song.

Next up is ‘Fight Club’ by Chuck Palahniuk