Warning: "continue" targeting switch is equivalent to "break". Did you mean to use "continue 2"? in /nfs/c05/h05/mnt/159427/domains/leidenmagazine.com.au/html/wp-content/plugins/essential-grid/includes/item-skin.class.php on line 1041
 Love, Shakespeare and Theatre: An Interview with Ray Chong Nee | Leiden

Let’s do a little exercise together shall we? Close your eyes, take a deep breath and clear your mind.

Now think of a famous couple. Just go with the first thing that pops into your head. Now open your eyes and keep reading.

I’m guessing you probably thought of Kim and Kanye. Or Beyonce and Jay Z. Or perhaps, like Leiden’s copy editor Jesse Petrie whom I just made participate in this exercise, you might even have thought of Bert and Ernie.

But let’s take it back a little further in history. Back to the beginnings of the Roman empire, where the most famous couple alive was not a big-butted reality TV star and her inane husband, but an Egyptian Queen and a Roman general.

Bell Shakespeare’s contemporary adaptation Shakespeare’s Antony and Cleopatra opens at the Canberra Theatre Centre this week and avid Shakespeare fans that we are, we are going twice. I mean, love, power, politics and the chance to see one of Shakespeare’s most well developed roles for women brought to life: what’s not to love?

Ahead of the Canberra season we caught up with Ray Chong Nee (you may remember him from such Bell Shakespeare plays as Othello and The Dream) to find out about what drew him to acting, his experience within the Bell Shakespeare company and his role of Enobarbus is this Shakespeare classic.

Emma: How did you first get into acting?

Ray: I was a young person, probably about ten or eleven and I remember doing a whole bunch of stuff at school. I have always been a little bit of a performer. It wasn’t until I got to Australia that I started doing drama classes and extra curricular shows that I realised that it was something that I wanted to do.

E: What is that you like most about acting, what keeps you going back for more?

R: The rehearsal process. The investigation of time, place, character and circumstances as well as the continual discovery of moment-by-moment experience on the stage and in the rehearsal room.

E: What has been your favourite role to play so far?

R: That’s a very hard one! There was a memorable character called Sam Delany [based on the author Samuel R Delany]. It [the play] was a sci-fi as well as gay America as well as civil war. That was an interesting role to undertake, his story still sticks with me.

E: What about the future? What role are you really hoping will come your way?

R: Ah, that’s a tough one too! Something that I am looking forward to in the Shakespeare canon is playing Titus in Titus Andronicus. I would also be interested to play Prospero [in The Tempest]. I would really like to do something from my culture, which is something I am working towards in the future. 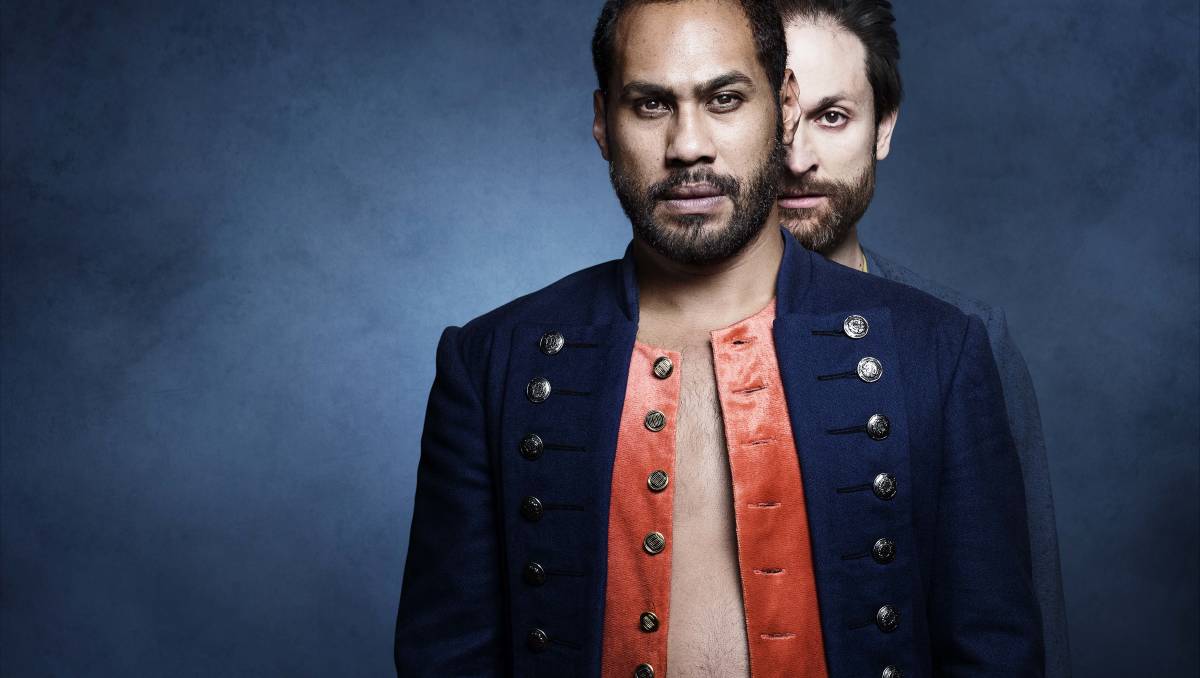 E: You have done quite a lot of work with Bell Shakespeare now, was that a company that you always wanted to be a part of?

R: It came left of field really; I auditioned once to be in As You Like It many moons ago and didn’t get a call back but then I got an invitation to do a few other roles so it was a company that was actively in my sights. Their generosity in looking for actors of cultural and linguistic diversity has been of great interest and I think that is why I keep coming back. Working with such a range of diverse actors is really inspiring.

E: When it comes to Antony and Cleopatra, that is a story I thought I knew quite well but when I came to look into it further I realised there was so much I didn’t know about them in terms of both their relationship and the political environment they founds themselves in. Was that the same for you?

R: It was a learning curve. Like you I thought I knew the story but then found I didn’t. Everyone talks about the romance, and of course there is so much romance in it, but very few know the politics and it is actually the political pressure that ultimately drives this couple apart. Their relationship would have been fine as a political alliance had Cleopatra not fallen in love with Antony. That’s what makes this play what it is. Like Romeo and Juliet, they are from different worlds when they find each other and are torn apart by those worlds that they come from.

E: You play Enobarbus. He is Antony’s right hand man. What was it like to play him?

R: He is very ephemeral. He is also a slippery character. He is a man who is given the ability to speak his mind but he is also a soldier under Marc Antony. There are two sides to him, one public and private but these sides often play outside the realms they belong to. He has some of the most famous speeches in the canon and with that comes a lot of responsibility to get that right but ultimately all I can do is speak it from an experience I have within myself and speak it that way. 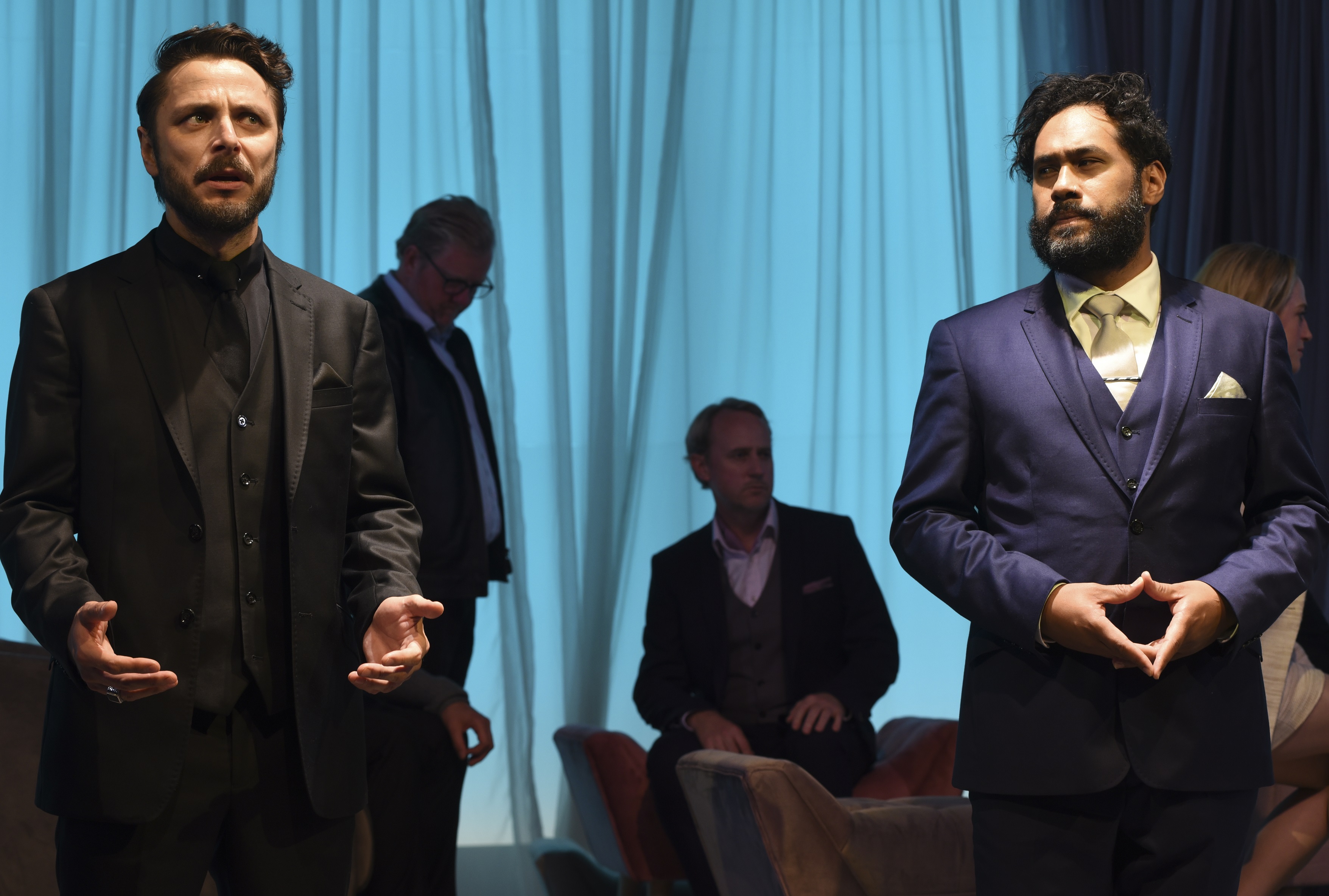 E: Something Bell Shakespeare do a lot is take these plays out of their historical context placing them in a different time and context. Costume plays an important role in shaping a character but I wonder what effect it has when the costume becomes out of time, so to speak with the, character you are playing.

R: Costume is incredibly important, as any actor will attest. It gives you an indication of time and place. Bell Shakespeare contemporises Shakespeare for a modern Australian audience. For Antony and Cleopatra we are all dressed in modern elegant clothes to highlight the opulence of the time. When Shakespeare was putting on his plays in his time, the actors would have worn their contemporary garb of their time, they wouldn’t have put on a toga. That would be a very realist take and I think that is something we impose on Shakespeare today. In contemporising the play we find the echoes between the centuries, the links and similarities between then and now.

E: There are so few playwrights who achieve the immortal status that Shakespeare has attained. What is it do you think that has lead him to achieve this status? What makes him continue to be so relevant?

R: I think it’s his universality, his use of language, his poetry and his stories. His work inspires the work of so many artists and the way we tell stories.

Antony and Cleopatra at a glance

From Paris with Love – Crazy Horse has Arrived

A Chat with Sarah Morrison – Musicals, ABBA and Mamma Mia