Warning: "continue" targeting switch is equivalent to "break". Did you mean to use "continue 2"? in /nfs/c05/h05/mnt/159427/domains/leidenmagazine.com.au/html/wp-content/plugins/essential-grid/includes/item-skin.class.php on line 1041
 Stories from Women Living with Endometriosis - Leiden

The month of March marks Endometriosis Awareness Month, a movement dedicated to raising worldwide awareness of this often debilitating disease affecting 1 in 10 women. On this day, exactly 12 month ago we published a set of stories of four women living with endometriosis. This year we have checked back in with those women to see how things have changed for them in in the last twelve months.

Aimee, One Year Ago 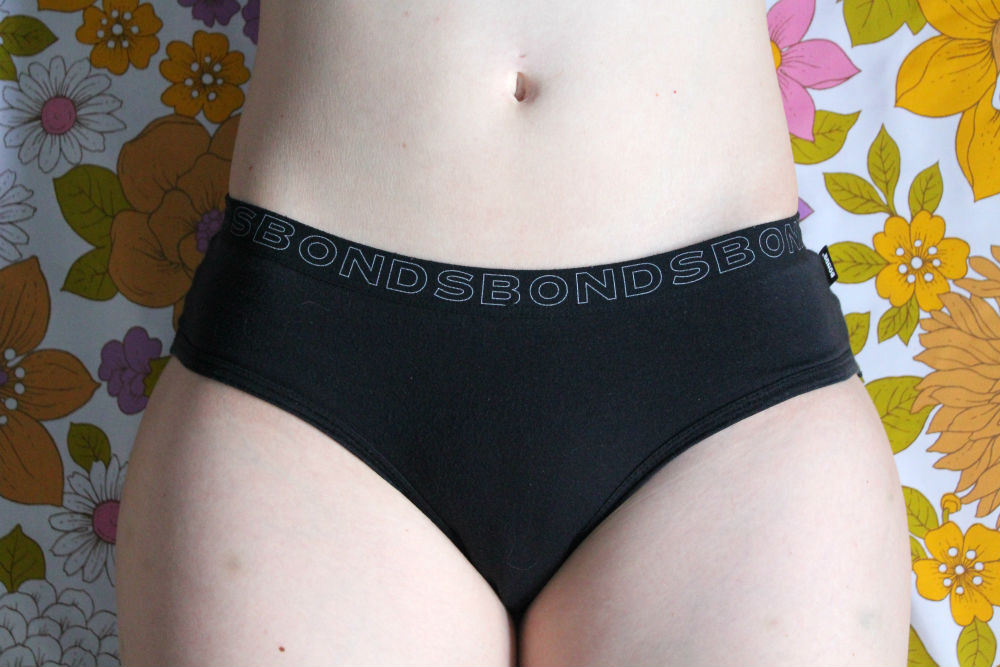 So I guess it started when my periods started; like many of us it was painful. Although we never had it before so we assumed it was normal. And ‘everyone got cramps’ so I guess it wasn’t really considered abnormal or really spoken about in length. Then, of course, pains all the time, and then general pelvic pains started, mid-cycle, a few days before a period then worse with a period then often not really ending before starting again.

Well at the age I was, that meant STD testing, relentlessly; almost monthly I was being tested for STDs or having ultrasounds. A few times they assumed cysts had burst; I think once it actually did, that was god awful! But mostly I was in pain, being treated like I was making it up or faking it. Passed on from doctor to doctor and no one really cared or listened. Perhaps they thought I was doing it for attention most likely. Oh yes, I enjoyed doctors and ultrasounds! And feeling pain for no good reason!

All tests, of course, were negative and inconclusive. This went on for roughly 5-6 years, and a few years later after a bad Pap test CIN 3, I was referred to an actual gyno, who diagnosed me with PCOS (polycystic ovary syndrome) at the same consult as my cone biopsy, then had to follow on to a Lettz procedure. I suppose then at least I assumed maybe why I was in pain all this time was due to my cycstic ovaries!

Well maybe not, by the time I got through college then started working I was on painkillers often, just to get through the day. I was always fatigued and felt run down.

After I started uni and finally after being admitted to hospital, unable to walk due to pain, for a queried appendicitis. They eventually did surgery to remove the appendix and during the lap they said ‘it was sticky in there,’ could be endo!

Within a year I was bedridden with periods no longer just painful― excruciating. I couldn’t attend work or uni on those days. I felt nauseous and tired and just pain! I couldn’t poop without crying most of the time, I would sweat and feel as though my insides were tearing apart!

I tried multiple contraceptives; most didn’t work and I bled all the time which meant I had pain all the time.

Finally, I saw an endo specialist, and after around 8 months he was convinced I likely had endo and we should do another lap to excise the lesions. Sure enough, when I woke up he said I had endo stage 2, and he had removed what he found. I think this was now almost 10 years after my initial pain complaints.

I wasn’t surprised I had it really, but I was definitely in denial following surgery that ‘it was gone’ not that it was a disease! It’s a chronic illness, it’s always there and the lesions they can regrow!

But the surgeons and doctors don’t tell you your life is completely and forever changed, and that possibly you will have limited to no relief from surgery. And that the rest of your health my deteriorate as well.

I think I had around 4 months minimal pains or minor relief with periods total, then heavier bleeding and more painful ones came. Then following another hospital admission I was told I also had adenomyosis and not to have any periods ’till I wanted babies’. 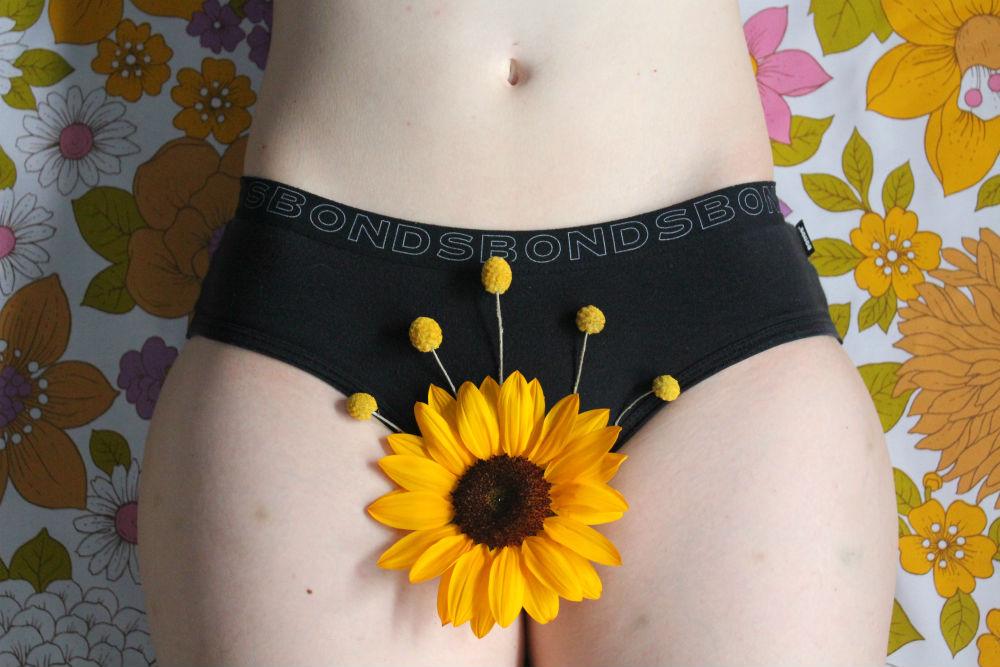 Well, where to start, it’s been a year and, unfortunately, endo hasn’t been cured. However, it has been recognised as a chronic disease and is now actually having research funded by the government, thanks to EndoActive’s tireless work. EndoActive also held an endometriosis conference in Sydney which I attended and it was just so validating and educational!

I had one hospitalisation for an ‘endo flare’ i.e., pain management. Unfortunately, despite being admitted under one of the consultants for pain management, I wasn’t being managed at all, and found this admission particularly distressing. This is a common story and experienced by many (if not all) women with endo!

A week after this flare, I had my third laparoscopy excision surgery, which had been booked in months ago, after my gyno agreed it had been two years since my previous surgery and it was quite possible I have some active disease present.

This surgery was just the ‘usual’ clean up of adhesions throughout the pelvic cavity, like ‘films’ covering the ovaries. And speckled endo lesions removed from around the ovaries, behind the uterus, on my ureters (tubes from kidneys to bladder). When getting my post-op report, I found out I also have endo on my bowel around 3-5 cm across my large bowel on my right side (where much of my pain is).

My gyno explained that this patch is the beginnings of endo, and when I start having significant symptoms this will mean a bowel resection. So whilst I can cope with the bloating and pain, it stays put!

A year later and I continue to take daily pain killers, both slow release and on bad days quick acting. I need to use laxatives most days to ensure I don’t become constipated from the bowel endo/pain killers. Once a week I prepare all my pills into a large dispensing box for regular dispensing each day. I feel like an eighty year old not someone in their thirties! This chore often makes me want to stop taking them, but then know I can’t… I wouldn’t be able to get out of bed and go to work.

Returning to work full time has been important for me, and I feel very rewarded and grateful that I can. As a single person I need to work full time to pay for medications and medical bills! However, fatigue and using my energy on full time work does make maintaining a social life very difficult as I have little energy left after work for anything else.

And the idea of a romantic relationship seems impossible. I am fearful of a sexual relationship with someone new that won’t understand endo pain. I am also terrified of even looking for someone or trying to date again! My last relationship ended with him being unable to cope with endo and its impact on our relationship, both physically (sexually) and emotionally. He also struggled to understand my health and need for routines, rest and medications. That and the impending need to try for children before it’s too late! And truly I don’t blame him wanting to walk away!

So the endo story continues as it is a disease that cannot be cured. I am coming to terms with the likelihood that I may never be able to have children of my own, as the next surgery I will have should entail a bowel resection and likely I will ask for a hysterectomy as I have adenomyosis as well. And this can be the cause of significant pain. I hope this surgery is at least a few years away.

This idea doesn’t sadden me, and endo has taught me that I do not need to birth a child to love it and the idea of fostering children is an absolute must for me, one day!
Here is to another year closer to a cure, of better understanding of this disease and perhaps some more promising treatments that may actually work to reduce the impact of this disease on young women’s lives!

Read other stories from Women Living with Endometriosis