Warning: "continue" targeting switch is equivalent to "break". Did you mean to use "continue 2"? in /nfs/c05/h05/mnt/159427/domains/leidenmagazine.com.au/html/wp-content/plugins/essential-grid/includes/item-skin.class.php on line 1041
 Stories from Women Living with Endometriosis - Leiden

The month of March marks Endometriosis Awareness Month, a movement dedicated to raising worldwide awareness of this often debilitating disease affecting 1 in 10 women. On this day, exactly 12 month ago we published a set of stories of four women living with endometriosis. This year we have checked back in with those women to see how things have changed for them in in the last twelve months.

Maddi, One Year Ago

I have often said that loneliness is a symptom of endometriosis. I have spent the better half of my adolescence and early twenties feeling alone and undesirable while in excruciating, nearly constant pain that has left my heart aching for a change. For the past eight years: paracetamol every four hours, ibuprofen every six hours and all of your typical opiates and sleeping pills have barely calmed the pain I feel inside.

I have spent the last eight years apologising to employers for missing work, to my boyfriend for miscarrying our baby at thirteen weeks, to my university conveyors for requesting another extension, to medical professionals when I needed medications, and to my family and friends when I became a tired, cranky bitch of a woman. It is estimated that one in ten women worldwide suffer from this disease. One in ten women apologising for being unlucky, and fighting against their own bodies each and every day.

Endo’ is an autoimmune disease in which cells closely related to the endometrium cells are found outside of the uterus. When a woman begins a menstruation period, the endometriosis cells also bleed. This causes extreme pain as the blood does not have a way to exit the body, it is trapped in the pelvis. As a result, these cells cause scarring, inflammation and growths on other organs within the pelvis. I am bombarded by messages that painful periods are not normal, but it is my normal. It is normal to discuss medically induced menopause at age 21 with my doctor so that my body can rest. It is normal to research the price of freezing my eggs. It is normal to silently cry in the bathroom after sex because it just hurts so damn much. It is normal to pee through a plastic tube. It is normal to call my mother in the midst of a panic attack when I realise the endone box is empty. It is normal to tell my father I have a pre-cancerous cervix.

I hear stories of women having one surgery where the endometriosis growths were removed and I feel so overwhelmed with envy that they have never suffered again. I had my fourth surgery a fortnight ago, and was advised that I would most likely need surgery every two years. I hope one day I can come home from hospital to see the children I managed to have with the man who never left when this disease became difficult for him. I just have to keep fighting until that day comes. The one in ten women worldwide just need to keep fighting. 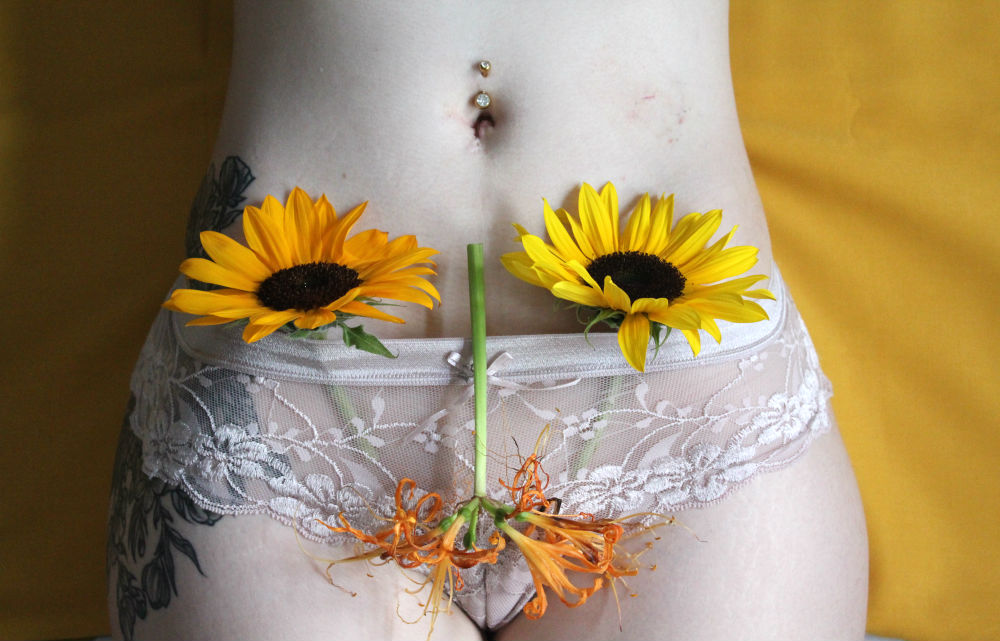 I wish I could say it was a better year for my health, but the struggle with severe endometriosis has continued. I had my fifth surgery last month, and the recovery period for the six-hour laparoscopy has been less than ideal. It’s been an uncomfortable, lonely and painful year.

I had a few good decent months in between the surgeries until the ultrasounds showed that blood and ‘free fluid’ had started to build up internally. The symptoms and severe pain hit again like a tonne of bricks, and the doctors and I fought together to keep control of it.

I bought a fresh box of self-administered catheters and still ended up with infections in my kidneys and bladder. I caught every cold and bug going around during the year, and struggled to move my hips and legs in the mornings. I had regular private appointments with my gynaecologist and pain specialists, and was admitted into hospital for opioid infusions or anti-inflammatory injections on numerous occasions. I spent all of February in hospital and I only had one panic attack after a specialist became angry at another doctor in my room. I was convinced that he was angry at me — you become so used to people thinking the worst of you when you’re in such a vulnerable state. I spent a fortune on tests, appointments and government-approved pain medication which had to be stronger than Endone (and yes, I had to apply for them).

People expect it to get better after surgery, trust me, it can, but they don’t realise how extreme the surgery can be. Just because it can be a ‘key hole’ surgery, it doesn’t mean that the damage under the skin isn’t there or that endometriosis isn’t serious. Under that ‘normal’ flesh, there is bruising, fluid, burns, skin regrowing over organs after it was peeled away, and holes through major muscles that won’t heal fast enough. I wish I could show people the real damage it has done. I’ve had one cut split and the muscle underneath has ‘dented’, and another cut had to be stitched together again after walking to my car in my lunchbreak. I try to keep up with everyone and be twenty-four, but I can still struggle walking to the mailbox or picking up my handbag from the floor.

Although the fifth surgery was a disheartening blow, I am proud of what I have been able to accomplish in the last year. I have met some great new friends. I have completed my bachelor degree, even though I was hospitalised after the last exam and had to cancel my celebrations. I found out that I release two eggs at once, so my fertility chances look good. I stood up for myself, and this disease, when I experienced bullying in the workplace and in the hospital. I have celebrated the pregnancies of some incredible women. I started researching endometriosis more and began a blog to encourage living well with the disease. My family is always calling me, and I receive text messages from my grandma with newspaper articles about endo. My best friend has offered her uterus to me — her amazing mum was one of the first women in Australia to be a surrogate. How lucky am I?!

I refuse to have an ‘endometriosis is rubbish and everything sucks’ attitude too often. Don’t roll your eyes, but I joke about scheduling my crying at the moment. According to the diary, it’s not the time to be sad. It’s time to put bio-oil on the fifteen scars and cuddle the pet cats. I won’t let endometriosis ruin my life, but I acknowledge that I will continue to alter my life path because of the disease. Having an invisible illness impacts every aspect of your life, but my life is still pretty bloody awesome.

Read other stories from Women Living with Endometriosis

Living with Endometriosis – Two years in the life: Aimee