Warning: "continue" targeting switch is equivalent to "break". Did you mean to use "continue 2"? in /nfs/c05/h05/mnt/159427/domains/leidenmagazine.com.au/html/wp-content/plugins/essential-grid/includes/item-skin.class.php on line 1041
 H&M A Threat to Artist’s Rights - Leiden 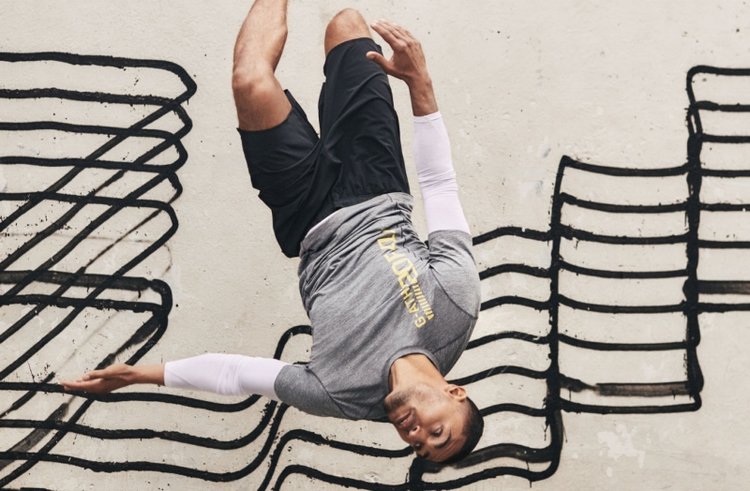 It’s been a turbulent start to the year for Swedish fast fashion retailer H&M. After coming under fire for racial insensitivity in January (an image of a young black boy in a ‘coolest monkey in the jungle’ jumper posted on their e-commerce website led to widespread backlash), H&M is in trouble once again, this time over graffiti.

Here’s what went down as explained by Julie Zerbo at the Fashion Law: ‘Jason ‘Revok’ Williams, a famous Los Angeles-based graffiti artist, sent H&M a cease and desist letter, alleging that the Swedish fast fashion giant had included (his) original artwork in an advertising campaign for H&M products without his permission or knowledge.’

A screenshot began circulating on social media claiming that the lawsuit filed by H&M poses a threat to artist’s rights. Calls to #BoycottHM popped up in force as artists and consumers alike voiced their displeasure at the fashion giant’s move.

Zerbo explains: ‘Some of Revok’s work is indeed seen in the background of a promotional image, but there’s one problem. It was painted illegally, on New York City property. Rather than drop the images, H&M filed a suit in response, arguing that if the art in question violates the law, it shouldn’t be protected by copyright.’

So is unauthorised graffiti protected by copyright law or only commissioned street art? It turns out the answer isn’t quite so simple according to Zerbo. ‘While copyright infringement cases that center on unauthorized graffiti are almost always either settled out of court or amount to a losing battle for the artists, it is worth noting that the bar for obtaining copyright is very low. A work need only be: Original and composed in a fixed medium. Nowhere in the Copyright Act does it expressly state that illegality is a bar to copyrightability.’

‘Is H&M really asking the court to rule that “any and all” unsanctioned or illegal artwork should be devoid of copyright protect and thereby, be free for anyone to use? No. Is what H&M is doing by using Revok’s graffiti in the background of its commercially-motivated ad campaign ethically questionable (assuming it is not fair use, which it very well may be)? Yes, but that does not mean that we can skew the narrative to serve our own purpose.’

H&M has since offered the following statement on 15 March, 2018: ‘H&M respects the creativity and uniqueness of artists, no matter the medium. We should have acted differently in our approach to this matter. It was never our intention to set a precedent concerning public art or to influence the debate on the legality of street art. As a result, we are withdrawing the complaint filed in court. We are currently reaching out directly to the artist in question to come up with a solution. We thank everyone for their comments and concerns, as always, all voices matter to us.’

The Trouble with Hedi Slimane and his View of Women