Warning: "continue" targeting switch is equivalent to "break". Did you mean to use "continue 2"? in /nfs/c05/h05/mnt/159427/domains/leidenmagazine.com.au/html/wp-content/plugins/essential-grid/includes/item-skin.class.php on line 1041
 Learning to Knit - What I discovered about myself 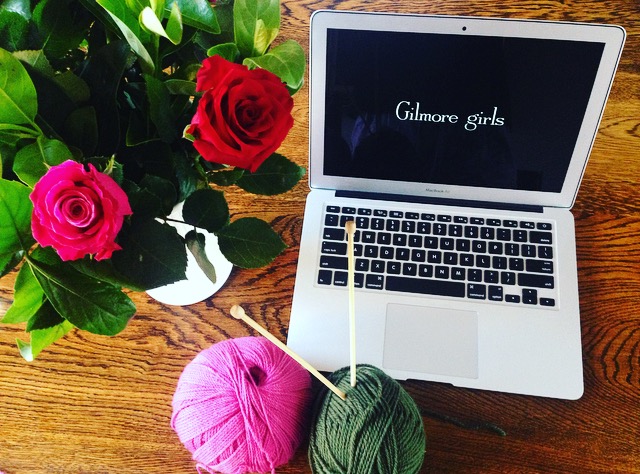 When I was a child I had all the promising traits of possessing a gift for creativity: I was constantly churning out drawings of creatures of my own creation and stories about pixies, rabbits and talking cows. At some point, as I got older, my creative brain turned into a scientific one and by the age of eighteen any ounce of creativity had well and truly disappeared.

Then, last winter when I was deeply ensconced in studying for my master’s degree and feeling particularly uncreative, I got the idea into my head that I wanted to learn how to knit. I promptly asked Mum to teach me the basics, imaging that I would soon be making all sorts of elaborate cosy blankets, scarves and jumpers. The minute that I had sort of slightly got the hang of casting on (getting the wool onto the needle) and doing knit stitch (one of the two basic stitches, along with purl stitch) I headed off to Lincraft and purchased several balls of coloured yarn and some knitting needles with the intention of making a patchwork blanket. It was an epic fail. My coloured ‘squares’ were all different sizes and shapes, meaning there was no way they could ever be sewn together. As soon as I realised this, I lost interest in knitting as quickly as I had decided to be interested in it in the first place.

Fast forward one year to the beginning of winter once more, and Mum suggested I do a knitting class. Since I didn’t have a whole lot else to do with my cold winter evenings after work, I thought I might as well try and use my time to learn something. Surprisingly, the class was mostly women around my own age and not full of retirees as I was expecting, and I came to really enjoy the 2.5 hours on Thursday evenings when I had nothing to do except sit in contented silence with these women and knit. I put in a bit more effort the second time around and by the time the class was finished I was halfway finished with a cosy ribbed scarf.

I now love that I have this new skill that allows me to create nice things from balls of wool and two sticks, with the added bonus that I feel much less guilty binge watching seven seasons of Gilmore Girls when I have a new blanket to show at the end of it. In a time where technology is so intertwined with every single aspect of our lives, I think it’s important to have a hobby that gives you an alternative option to mindlessly scrolling through Instagram and Facebook for hours every evening. As a health professional, I have little room for creativity in my job so knitting is a way for me to keep a little creative flair in my life; I’m really glad I gave it another go even though I initially sucked at it.

When my sister announced that she wanted to knit a beanie, despite never having picked up knitting needles in her life, I scoffed at her a bit ― yeah right, it’s so much harder than she thinks, good luck with that. A week later she had two flawless beanies which she’d made after watching a couple of instructive YouTube videos, so you never know if you might have a hidden talent for it. If the thought of learning to knit has ever crossed your mind but you were afraid of being labelled a grandma, screw the haters and give it a go; at the very least you’ll have something physical to show for an entire weekend spent watching Netflix.

Keen to find out more?

This is the course I did: CIT Short Course – Knitting for Beginners

This website is full of useful information: The Ultimate Beginner’s Guide to Knitting

And these are some handy YouTube videos I found helpful.

What I Learned from Travelling on my Own

What I Learned From A Shit Business Meeting

Why We Are Taking A Break

A born and bred Canberran, Cleo escaped out tiny roundabout filled town at the age of 22 to try out living in France and later Sydney. 6 years later she realised that Canberra isn't so bad after all and came crawling back. She now takes x-rays for a living and never gets bored of seeing inside of people's bodies.