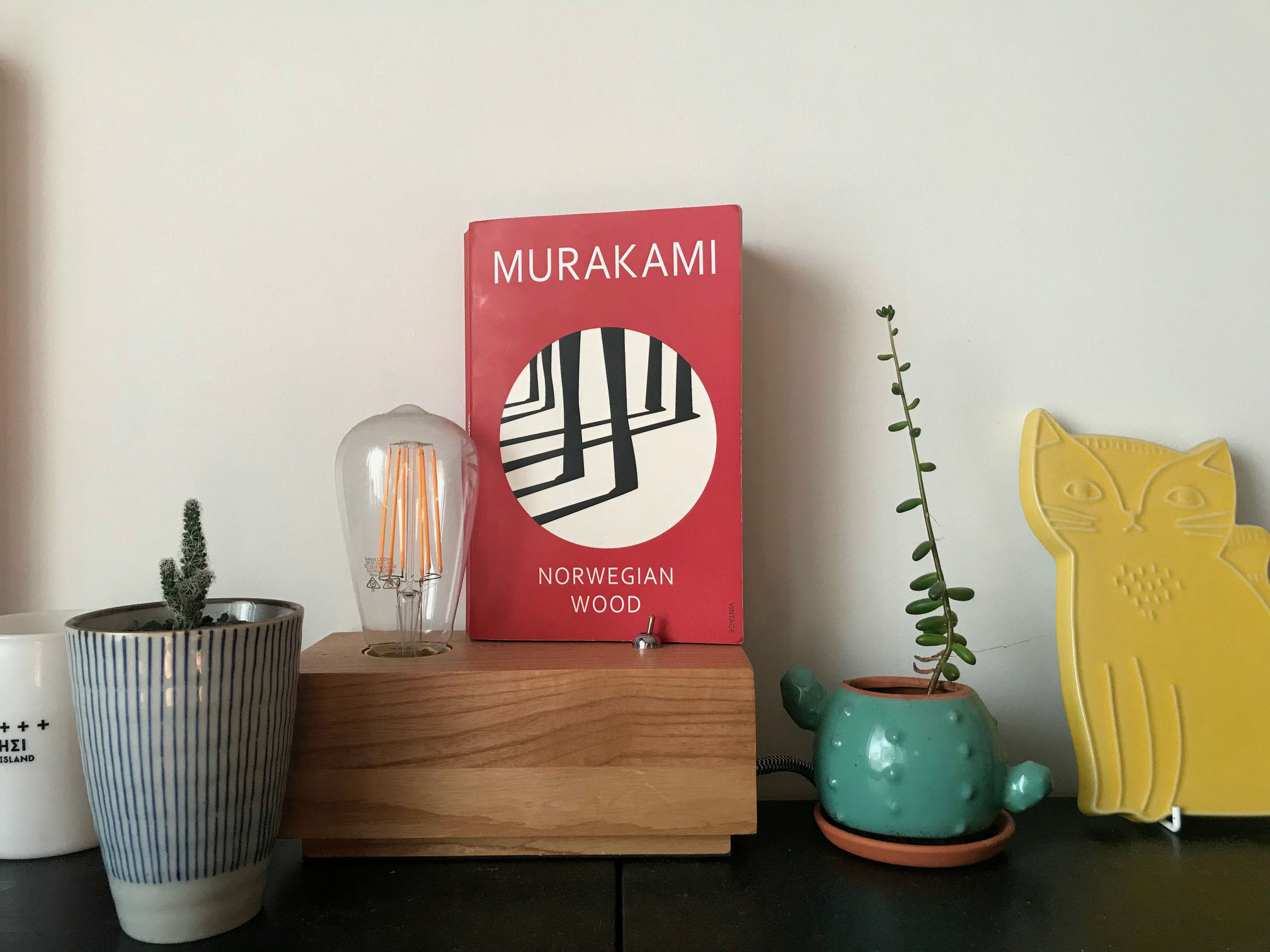 Haruki Murakami’s Norwegian Wood is a behemoth. First published in 1987, it was written by Murakami as a challenge to himself: try to write a good book in a style you don’t like and see how it goes. Clearly it worked out in his favour, though, as the novel flung Murakami from relative obscurity into superstardom of such a degree that he apparently had to flee the country to escape it all. This is, to quote everyone who has told me about it, ‘the one book everyone in Japan has read’. Which makes it the perfect novel to round out Leiden book club 2017.

The story opens with Toru Watanabe, aged 37, touching down in Hamburg, Germany for some unknown purpose. While waiting for the plane to dock he overhears an orchestral cover of The Beatles’ Norwegian Wood and immediately begins to reflect on his youth during the 1960s, an era as tumultuous for him personally as it was for the world.

Toru’s struggle begins with the unexpected death of his best (and seemingly only) friend Kizuki, who commits suicide during the end of their high school years. Being confronted by the reality of death in such a way leaves Toru emotionally shattered as he leaves his childhood behind and moves to Tokyo and university life. From this point onward Toru describes himself as existing half in the land of living and half in the land of the dead. Indeed, his behaviour reflects this rather well as he glides aimlessly through university life in a manner not entirely dissimilar from a corpse. He studies theatre with no real enthusiasm, he has little in the way of recreation beyond reading and his mode of speech is direct and subdued, something many characters note as being an indicator of his ‘different’ status.

His routine is interrupted one day by a chance encounter with Kizuki’s former girlfriend Naoko. The two quickly form a codependent relationship as they go on a series of exceptionally long, single file, walks together. Toru sees Naoko as the only person in the world who, as a survivor of Kizuki, exists on the same plane as himself and begins to develop romantic feelings for her. This too is shattered when Naoko gets a mental breakdown for her birthday and goes to live in a progressive asylum in the mountains.

This leaves an opening in Toru’s social calendar for the lively and sexy Midori Kobayashi, a student at the same university as Toru. The two meet by chance encounter in a coffee shop and Midori immediately expresses interest in Toru, which he shrugs off at every turn. The two become friends nonetheless and grow progressively closer through a series of outings and confidences, challenging Toru’s sense of loyalty to Naoko in the process. This divide between the two women, what they represent and Toru’s feelings for them form the main backbone of the novel.

More than a typical coming-of-age story, Norwegian Wood, is a tale of a young man attempting to come to terms with the omnipresence of death within life. It is a bold attempt at reinventing a genre that felt tired even in ‘87 and it does so with understated elegance. This elegance, however, is one I personally found wavering. Descriptions of environments are done with a melancholic clarity that made them a delight to read and re-read and re-re-read ― honourable mention goes to Toru’s journey to the asylum, which unfolds with such considered beauty as to render it the high point of the novel. Dialogue, on the other hand, feels clumsy and awkward the vast majority of the time, with nothing the characters say feeling like it carries any weight; though I found myself wondering if this had more to do with the difficulties in translating Japanese to English (which I have been told is quite the task) than with the author’s original vision. All in all I found Norwegian Wood to be an average read peppered with a sober beauty that, in the end, balances out its more glaring flaws.