Warning: "continue" targeting switch is equivalent to "break". Did you mean to use "continue 2"? in /nfs/c05/h05/mnt/159427/domains/leidenmagazine.com.au/html/wp-content/plugins/essential-grid/includes/item-skin.class.php on line 1041
 A Begrudging Examination of Valentine's Day | Leiden 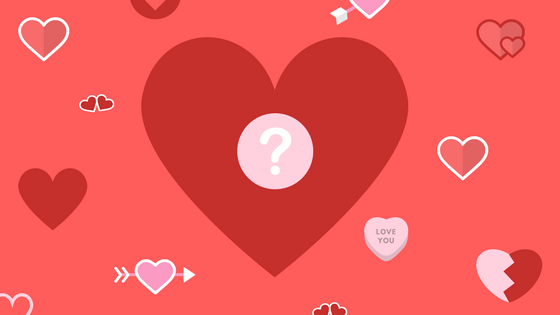 Each year in the lead up to February 14, I conduct a debate with myself about whether or not to write about Valentine’s Day. My personal stance on this romantic holiday is one of disdain. I agonise over writing an article that says as much or simply inferring my sentiments by not acknowledging the occasion at all.

This year, like every other year, I had decided to go down the lack of acknowledgment route. However, while sitting on a milk crate, waiting for my life partner in crime to finish work, I had a change of mind.

It was the milk crate that got my thought juices flowing. It belongs to a lady who sells flowers in the mornings and as I sat on her abandoned crate that afternoon I thought about how she would likely do a roaring trade the next day as partners scrambled to procure a token for their loved one.

Over the last couple of weeks I have noticed many influencers pushing Valentine’s Day fare as well as all kinds of businesses jumping on the band wagon, some of which drawing very tenuous connections between their wares and the occasion. A view shared by many is that the holiday is less about love and more about selling shit to people.

While it may now be completely commercialized, Valentine’s Day has its roots in ancient Rome where from the 13th to the 15th of February the Romans celebrated Lupercalia, a feast which involved eating, drinking, sacrificing animals, whipping women with animal hides and a matchmaking lottery.

In the 3rd century AD Emperor Claudius II executed two men, both by the name of Valentine, on the 14 of February of different years. The Catholic Church honoured these men’s martyrdom with the celebration of St. Valentine’s Day.

In the 5th century, Pope Gelasius combined St. Valentine’s Day with Lupercalia. He hoped the combination would stamp out the pagan festival, however, his decision just muddied the waters further. Around the same time the Normans celebrated Galatin’s Day, a day dedicated to love of women. With such similar names, it’s no wonder things got confused.

Over the years the notion of romantic love become further entwined with the day thanks to the likes of Shakespeare and Chaucer. By the turn of the 19th century love notes became hugely popular, followed by chocolates. Flash forward to today and we’re still sending each other roses and chocolates but with the added benefit of having social media to broadcast all about it.

So why do we wait for this one day to celebrate love? And why do we feel the need to buy something for our loved one to express that sentiment? Is it because we have been conditioned to think that our love is only valid if other people bear witness to it?

For example, a bunch of roses delivered to your partners workplace sends a strong signal: someone cares enough about this person to give them to select flowers and organise for them to be delivered. In this scenario the giver not only has the pleasure of giving a gift but is also favourably perceived by onlookers as being caring and generous.

However, if they were to have merely picked some flowers from the front garden on a whim to present to their partner in private, there would be no outside recognition of the deed.

This need to be perceived as a loving partner has resulted in Valentine’s day becoming a crucial part of the commercial success of many big and small businesses. Valentine’s Day is one of, if not the, biggest day of the year for florists. This spike in interest centred around one occasion leads to a price hikes as wholesalers raise their prices, leading businesses to raise theirs in turn.

Perhaps instead of waiting for this one day to shower our loved one in gifts, we should incorporate regular acts of love into our relationships throughout the year whether there are witnesses or not. Not only will this lead to stronger relationships, it provides an opportunity to support local business all year round and not just on one particular day.

Turmeric Lattes with the Golden Grind