Warning: "continue" targeting switch is equivalent to "break". Did you mean to use "continue 2"? in /nfs/c05/h05/mnt/159427/domains/leidenmagazine.com.au/html/wp-content/plugins/essential-grid/includes/item-skin.class.php on line 1041
 Once you realise that Love Actually is actually bad, can you still enjoy it? | Leiden 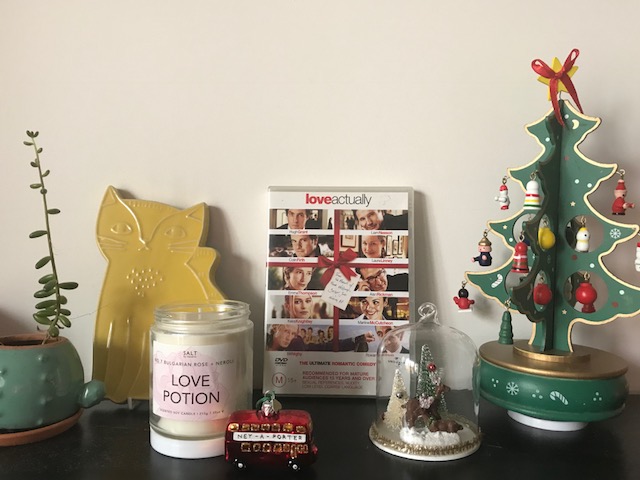 It’s a pretty well known fact now that Love Actually is actually a deeply problematic film. Lindy West has written a truly spectacular take down that you can read in full here , but to sum up the main points, the women barely ever talk, if they do have a bit of a personality they’re punished for it, most of the men are actually terrible people who are somehow magically all rewarded with a woman at then end of the film and then, you know, the whole woman being flattered by her husband’s best friend literally stalking her thing.

To be honest, watching Colin being miraculously picked up by girls in a bar in Wisconsin has always been nauseating, and with time it just gets more and more irritating. This character is literally walking sexual harassment when he’s delivering sandwiches, and while this might have been funny in 2003, now it’s just deeply uncomfortable. In 2017 Colin would definitely be a men’s rights activist, whining on Reddit about the forced celibacy he’s enduring because women don’t want to have sex with him. This kind of toxic attitude isn’t really something that I feel like laughing about these days.

It’s also deeply frustrating watching Sarah finally hook up with the man of her dreams, only for him to get pissy with her for talking to her mentally ill brother on the phone. Seriously, why is Sarah painted as the unreasonable party here? Where is Karl’s sense of empathy? Why can’t he just say ‘Hey, sorry your brother is unwell, why don’t I go make us a cup of tea while you calm your brother down and then we can hang out another night?’ If Karl is so bloody great, why can’t he just chill out and have some compassion? Maybe Karl and Colin ought to hang out some time.

And why oh why are there so many bloody fat jokes about women in this film. Natalie is constantly implied to be chubby and plump throughout the film. Why is this supposed to be funny? Why must we constantly associate a woman’s worth with her weight? The only backstory we get for Natalie is that her boyfriend broke up with her because she put on weight. That’s all her life is reduced to, a boyfriend didn’t like her thighs. Much as it is nice to see Hugh Grant finally wise up to how cool she is at the end of the film, it would be even nicer if she had been given a more interesting personality and back story.

And then there is the bloke who seems to think it’s okay to stalk his best mate’s wife, treat her like he hates her guts, then turn up on her doorstep with music and placards to confess his love to her. And then, for some reason, Keira Knightly’s character is so flattered she actually kisses him? To any men who thinks this placard gesture thing is romantic, please know that it’s actually really creepy and women live in fear of this stuff happening. In the real world, Keira would have slapped him and taken out a restraining order.

Those a just a few of the examples of men behaving badly yet still being rewarded by the film. So given that Love Actually is sending some pretty terrible messages, why do so many of us find ourselves giggling along to all the hijinks and meet cutes every Christmas? Certainly starting to examine the underlying messages of the film diminishes its appeal somewhat, but by and large it still seems to be enjoyed by a lot of people during the silly season.

The film, for all its flaws, capitalises on a kind of Christmas fun that still has a lot of appeal. Billy Mack’s constant gripes that his single shamelessly capitalising on Christmas madness is a ‘festering turd of a record’ will never not be funny to me. Hugh Grant dancing through 10 Downing St will probably always be iconic. Children pretending to be lobsters and the birth of Jesus is just funny. But do these moments of humour make up for the shitty things about the film? I’m not entirely sure.

Disappointingly, I think that the more I rewatch Love Actually, the more it irritates me. More and more the crappy elements of the start to outweigh the funny moments. Will I eventually give up on the movie altogether? I guess only the annual Christmas Eve viewing will tell. For now, I live in hope that someone is going to make a genuinely hilarious, clever and heartwarming Christmas film that can take over the mantel the Love Actually has been holding since 2003.

From Paris with Love – Crazy Horse has Arrived

A love of Fashion and Literature

Book Lunch: I Love Who I Am – Igniting Self Worth