Warning: "continue" targeting switch is equivalent to "break". Did you mean to use "continue 2"? in /nfs/c05/h05/mnt/159427/domains/leidenmagazine.com.au/html/wp-content/plugins/essential-grid/includes/item-skin.class.php on line 1041
 A Chat with Sarah Morrison - Musicals, ABBA and Mamma Mia | Leiden 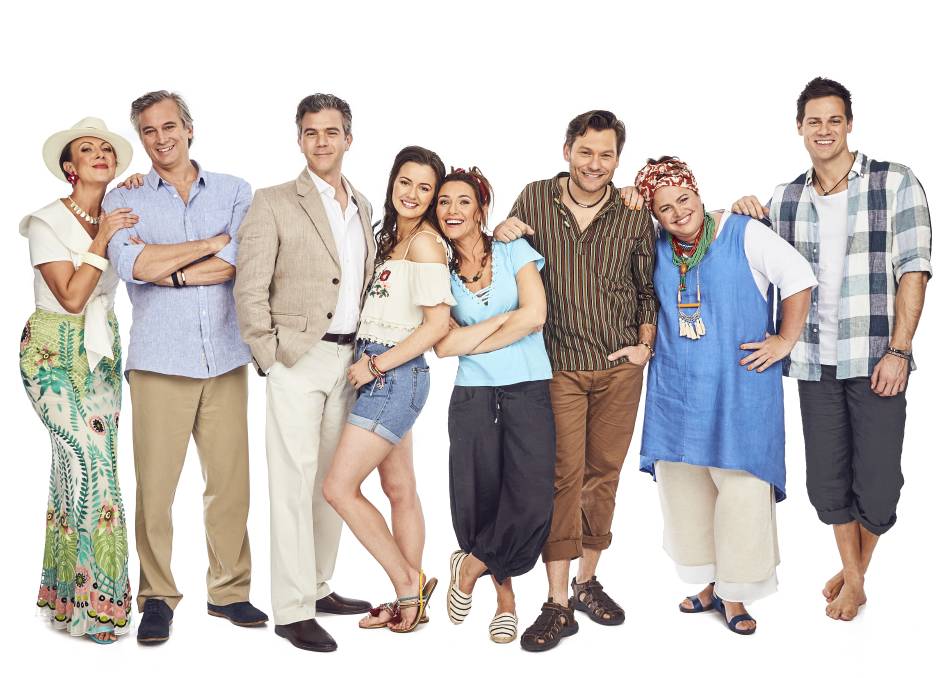 I have said it before and I’ll say it again, I am not a fan of musicals. All that sing-talking makes me want to puke into my favourite Miu Miu cat clutch. And yet, despite my propensity to vomit at the mere hint of a sentence that screams to be spoken rather than sung, I actively go and see a lot of musicals. And if they are more of a play interspersed with the occasional song, I confess to rather enjoying myself.

The latest musical to come my way is the West End and Broadway smash Mamma Mia, a musical that features twenty-two of ABBA’s greatest hits. I don’t think there is any need for me to explain what it’s all about; the show has been running so long chances are if you haven’t already seen it live, you will have at least seen the movie starring that doyenne of the silver screen, Meryl Streep.

My only exposure to Mamma Mia has been through said film, which I was relieved to find did take the form of a regular movie peppered with catchy songs in the manner of an old school Disney classic. Armed with this knowledge I have found myself eagerly anticipating the opening of the musical’s national tour in Canberra at the Canberra Theatre Centre and not just because there is a red carpet and I have an amazing dress to wear.

It was in this spirit that I caught up with one of the stars of Mamma Mia, Sarah Morrison (you may remember her from Ladies in Black, another musical which incidentally does not rely on dreaded sing-talking), who plays Sophie, a young girl about to get married.

Emma: I am so excited to see the show!

Sarah: Thank you! Yes it’s very exciting. I can’t believe we are in our last week of rehearsals. It’s gone so quick!

E: When did you start rehearsing?

E: So you haven’t had very long then?

S: It’s a pretty standard amount of time but it goes so quick. It doesn’t feel very long.

E: I wonder, because you are learning songs you probably already know, does that make it easier and quicker to learn the show?

S: Definitely. But in some instances it turns out you have learned them wrong! So in that sense it can be about learning and re-learning.

E: How did you get into musical theatre to begin with? I know you started when you were very young.

S: Yes I started when I was about eight or nine doing a drama class a week at primary school. I was a really shy, reserved young kid and I think my mum and dad put me in to try and bring me out of my shell a little bit. The acting sort of came first and then it wasn’t really until I was about eleven when I tried a jazz class and quite liked it, and then the singing came last of all when I was fifteen and I started doing singing lessons.

E: What do you love about performing and being on stage?

E: You have been in a few TV shows as well. Do you prefer working on screen or is live performance and being on stage your favourite?

S: I hope to have a career where I can go between both of those mediums; there is something really special about both. Normally when you are working on film or TV you get one or two shots and that’s it but when you are working on stage, you get to explore and find new things in your performance over time, you get a freedom to dig deeper than you would on a shorter shoot.

E: You will be on tour for a year with this show, how do you keep it fresh?

S: Definitely what helps is having a cast with really electric chemistry. And the chemistry in this cast is amazing. It also goes into what I was talking about before, that each time you perform you might find something new and can dig deeper into the role.

E: What has it been like being part of such an iconic musical? I imagine there is a greater level of audience expectation with such a well-loved musical compared to Ladies in Black which was a brand new musical.

S: Ladies in Black was a really unique experience because I originated that role which was a really special, maybe a once-in-a-lifetime experience. People came to the show and they didn’t know what to expect from it, whereas with Mamma Mia, people are coming along and they know exactly what they are expecting. The thing I find really encouraging with this show is that people have seen it one, two, three times and are still coming back for a fourth or fifth time. What is also exciting for me is that there are a whole lot of people out there who don’t realise that the stage show came before the film, and who have only seen the film and will now be able to discover this story as it plays out live on stage.

E: Natalie O’Donnell who plays Donna played your character Sophie in the original Australian tour, had you seen her in the role? Did she have any advice on the part or were you keen to develop your own interpretation?

S: I didn’t get to see Nat play Soph. But there is a beautiful layer she brings to playing Donna, having played Sophie before. Nat really wants me to find my Sophie. She is there any time I have a question and she is happy to answer, but she has been really insistent that I explore this character for myself and make it my own.

E: What’s your favourite song to perform? Has it changed or is it one of your childhood favourites?

S: It changes every day! I have always loved Super Trooper, I adored that as a kid. There is something about Voulez Vous as a song and as a number, it just makes me want to dance. I love that song. If you ask me in a month, I will probably have a different answer!

E: Thank you so much for chatting! I better let you get back to rehearsal.

S: I hope you enjoy the show!

If you would like to hear the Australian cast perform your favourite hits and get lost in the story of Sophie and Donna, Mamma Mia kicks off at the Canberra Theatre Centre on Friday 24 November before heading off on tour around the country next year.

Find out more about the rest of the Tour