Warning: "continue" targeting switch is equivalent to "break". Did you mean to use "continue 2"? in /nfs/c05/h05/mnt/159427/domains/leidenmagazine.com.au/html/wp-content/plugins/essential-grid/includes/item-skin.class.php on line 1041
 Kim Churchill's Top Ten Albums | Leiden 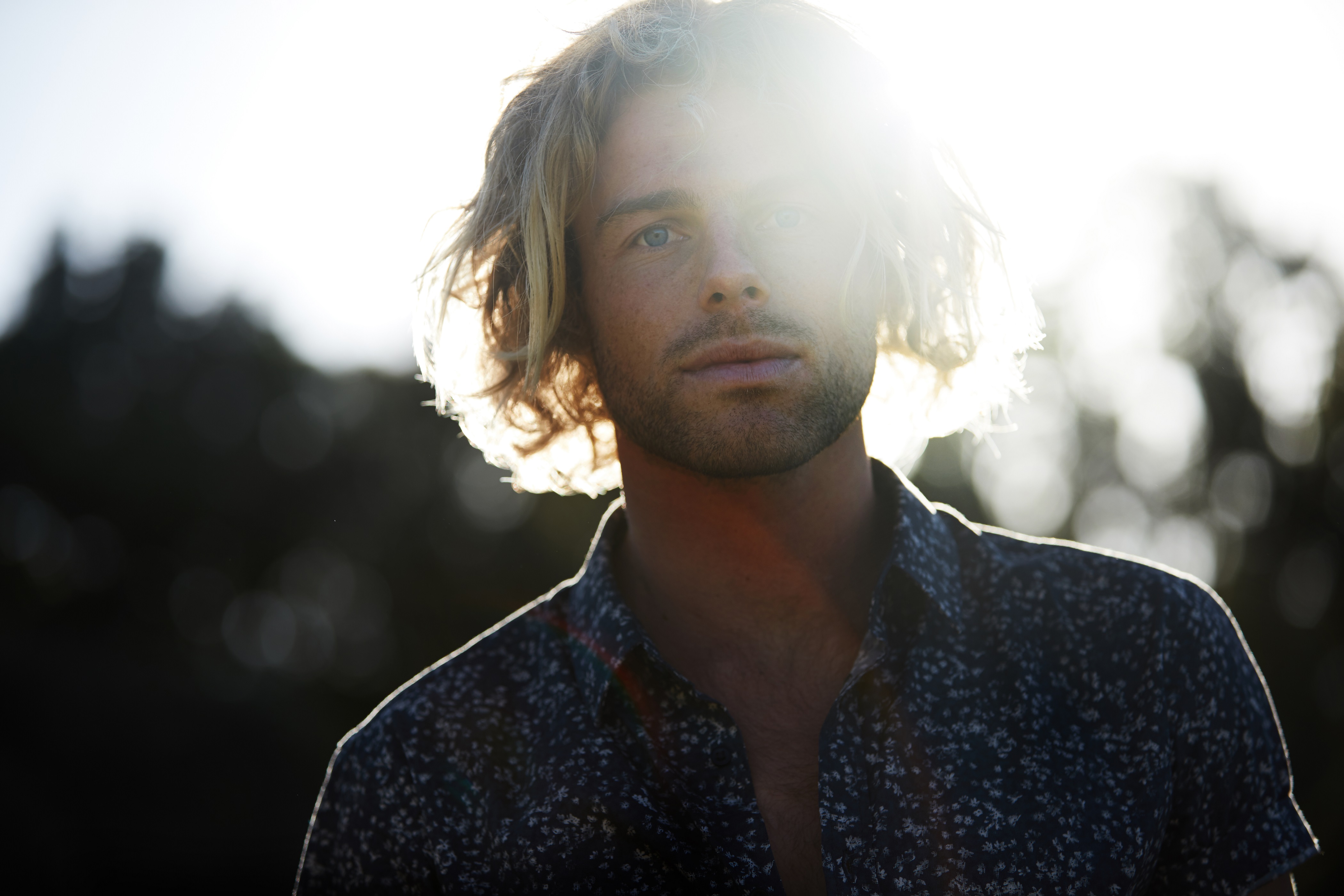 Singer songwriter Kim Churchill is a busy man. Not only is he releasing a new album, he is about to set off on a huge national tour. Weight_Falls, the follow up to Silence/Win, almost didn’t come together. After working on the album for over eighteen months, Churchill decided at the last minute that what he had produced wasn’t quite good enough.

He then decided to throw it out and start again. After a hectic week writing followed by a couple of months piecing everything together, Churchill ended up with something adventurous, intuitive and surprising.

For lovers of his past work (who can forget Triple J fave Window to the Sky) don’t worry, all the hallmarks of Churchill’s earlier work are still there: retro keys, propulsive guitar, addictive melodies and a blend of warmth and honesty.

It’s just this time, these signature elements have matured and have been put together in a different way, resulting in an album that is a little more unexpected but just as disarming.

We caught up with Kim before he heads off on tour to find out a little more about his creative process and to talk about his top 10 favourite albums of all time.

L: Tell us a little bit about your creative process. How do you approach putting together an album?

K: It seems to happen slightly different every time. I normally don’t stop touring and traveling and as I bounce around the world I collect little ideas and melodies and poems and when its time to write a new album I get all the ideas and build them into songs. But often a fully formed song happens in five or ten minutes.

In the past I’ve made the mistake of messing with some of those songs, feeling like it needs more work because it can’t possibly come out fully formed. These days I’ve learnt to let them breathe and just be. If there is any firm rule within the very fluid and ever changing process of being creative I think it’s to let things be and come out the way they want to. The best way to tell whether you’re honoring that is if you’re connected deeply to the process. If I don’t feel particularly connected to what I’m doing it normally ends up being pretty lame…

L: How has the music you listened to growing up shaped you as an artist?

K: Massively! Inspiration has worked in a funny way for me. I’ve tried to never set out to sound a certain way, but when I listen back to my favorite artists I hear so many similarities with what I’m doing. I think we can’t help but emanate and channel the things that inspire us. It’s almost like that bit takes no effort – it just happens automatically.

L: You have been making music and performing from such a young age. How has your practice evolved?

K: Yeah. I started playing classical guitar when I was seven, but had already been playing a few years. Towards my late teens I got really involved in classical guitar and had some pretty hectic rehearsal regimes. If anything these days I’m a lot more relaxed. I like to have fun with the process and find that enjoying oneself is the most important ingredient in a good performance. That being said I still play a hell of a lot of music each day. I really do love it!

L: How has travel impacted on your sound?

K: Well, similarly to your question on inspiration, I think that we are always channeling what is around us and what is influencing us. I’ve found traveling a really brilliant tool for inspiration. Different cultures and different environments tend to bring out different colors and vibes in my songwriting. For me, the importance is to be brave and conscious enough to allow my surroundings to have a profound impact on me, and then open and honest enough to communicate back through music how it all makes me feel. Ego can get in the way of that fairly often, but occasionally something passes through the obstacle course and that’s normally the stuff I choose to record and release.

‘It was my first ever busking attempt at a small Sunday market on the south coast. A couple traveling around in a van gave me a burnt cd of some singer songwriter who locked himself away in a shack and recorded his album on an 8 track. I put it on. It sounded of dreadful quality and I figured it was some dude up the coast somewhere who got this couple excited at some other little market. I chucked it in the car and forgot it. Two months later my friend pulled it out and said he liked a song that was beginning to get played on radio called ‘Skinny Love’. I had just split with my girlfriend of 7 years and finished high school and was in the process of running off to become a busker. It hit me harder than nearly any music ever has. I have never stopped playing it.’

‘My cousin got it for me in the Christmas of 2000. I was 10 but already playing guitar and singing like it would be my life’s task. It’s the mood of that album that is really transporting. The songs couldn’t ever really be placed in a genre and in all honesty soft rock is an awful attempt. It’s poetic, and melodically found a chasm to exist within and flourish and grow. Chris Martin’s melodies on these first few albums were timeless works of art and shaped me as a songwriter more than any other.’

‘My first ever album. I was 7 years old and Dad bought it for me on cassette. I remember stuffing dinner down so I could go back to the bedroom and listen to it. I learnt all the songs and would spend hours in my teens working out guitar solos note for note. Funnily enough I always pictured Robert Plant to be tall with short black hair in a suit.’

‘I found it right around the time I was moving away from classical guitar and into, what I guess was, folk music. Dylan hit me real hard and I obsessed over the Scorsese doco. It’s hard to pick an album but this one is probably the one with most songs I love on it. A perfect blend of the earlier acoustic side of Dylan mixed with the psychedelic poet superstar he had become. One of three albums he recorded in the one year I think this is the most powerful point of his prolificness.’

‘I’d be lying if I said one of the other albums moved me as much as this one. It’s an absolute masterpiece and hits me on so many different levels that it’s hard to describe. Each member of the band was delivering on such a powerful level and the partnership of Gilmore and Waters was at its most productive. I discovered so many things with this album playing in the background! It’s been a soundtrack to the most exciting and pivotal moments of my life.’

‘I was about 13. I was finding out how nasty young people in a small town could be to one another. Then all this roots (I use the term very loosely here) music started coming out – John Butler, Xavier, The Beautiful Girls, Jack Johnson and all the rest – and I felt like it was possible to be cool and a good person. I started to want to be kind and thoughtful. It helped steer me in the right direction in my teens. That entire movement stems from Ben I feel. His early albums and his message of love and calm and kindness. This album just blows me away. The songs are so varied but all so strong.’

‘It’s stupidly hard to pick a Beatles album but I found this one particularly brilliant. Such a psychedelic soup of influences, songwriting styles and different forms of musicianship. It’s predominantly the Beatles, rather than an album I want to put in my top ten though. The first song I ever learnt on guitar was ‘Let It Be’. The first time I ever sang in a talent quest was ‘Hard Day’s Night’. They’re what they are for a reason. It was next level song writing and they found this beautiful levity within their art that I will always try to find in my own.’

‘I know it’s a bit crazy to put two in, but I’d be lying if I didn’t. I was touring Canada when this album came out and I listened to it every night before I went to sleep for about 8 months. It calmed me down and somehow brought me back to myself. It stopped me getting truly down at some points and helped my demons calm and retreat. It was my anchor in a turbulent time of incredible excitement but incredible strain.’

‘I found this album at a time when I was really looking for direction as an artist. I had existed within the folk/blues world for about 5 years but was feeling very under nourished creatively. I wanted to find sounds that were more colourful, experimental and exciting. I wanted to explore the new world of sounds a music that my generation was listening to. And this came along and just bowled me right over.’

‘It’s the voice and the songs. It’s the mood and the beauty of it. It’s the odd haunting sense that something in the picture is not quite right. I put on Villagers for friends and they double take presuming it’s me singing. I laugh and explain that I love them so much; if anything this is who I’m imitating.’ 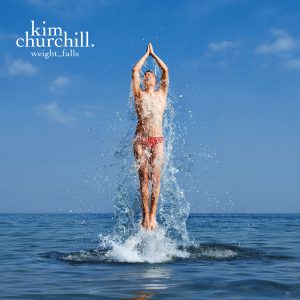