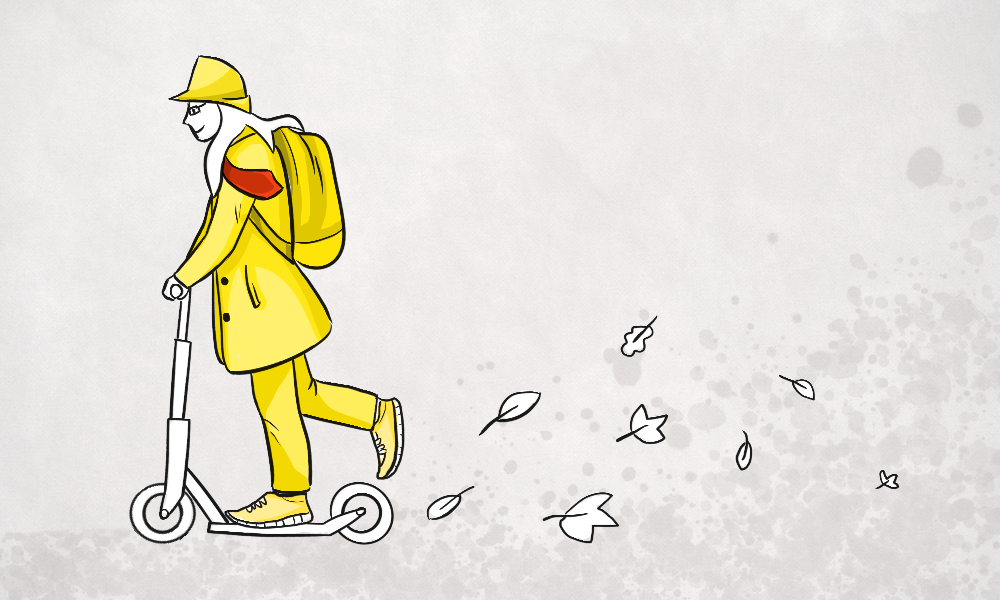 Have you ever noticed that there always seems to be a handful of ‘iconic’ people on a university campus? You know the type: someone whom everybody knows and recognises even if they have never had a class with them.

When I studied science at the Australian National University (ANU) there was such a person. She was affectionately dubbed ‘Yellow Girl’ and as you may have guessed, she made herself conspicuous by dressing solely in the colour yellow. So iconic was she that I even heard her mentioned on the radio earlier in the year when, during O Week, discussion turned to interesting people on campus. Someone from Canberra rang in to talk all about ‘the girl who only wears yellow’ at ANU.

It was in my second or third year of undergrad when we shared some classes together that I learned that Yellow Girl is really Erin Walsh and that she is one hell of a scientist. I came across Erin again this year when she became involved in Shirty Science, an initiative bringing together artists and scientists to create super cool t-shirts, and couldn’t wait to find out what she has been up to.

Emma: Tell me everything that you are doing now?

Erin: The cliff note version is that my research currently focuses on the impact of blood glucose on the aging brain. I am super lucky to be here at the Centre for Research on Aging Health and Wellbeing (CRAHW). So I am working on the Personality and Total Life Through Health study, which is a beautiful piece of data and I am so happy that I get to frolic with it.

There are 7,500-odd adults in the Canberra/Queanbeyan region followed over 12 years so far. We have different age cohorts so we can look at different stages in aging. A subset of that have MRI data which is mostly what I am working on.

EB: And why blood glucose?

EW: So as you probably know there is a diabetes epidemic worldwide. It’s not just about preventing people from getting diabetes but about understanding what aspects of diabetes are harmful for things like brain aging. The reason we are focusing on brain aging is that we have an aging population. The better an idea we have about the relationship between glucose and brain aging the better we can be at making recommendations and guidelines for healthy brain aging.

What we are finding is that, whether or not you have diabetes, keeping your blood glucose in good levels combined with a healthy lifestyle is actually really protective and is going to help you out as you get older.

EB: What did you do in your undergrad?

EW: I did a double degree back in undergrad, both science, because I couldn’t fit in enough science into one degree. I majored in psychology and science communication with an almost but not quite major in biology. I also went to neuroscience, and gatecrashed some social science and did some medical stuff while I was at it.

I did my honours in psychology but not a psychology topic, more of a research methods topic. Then I did my PhD in a truly research methods topic, still in psychology. I looked at text messaging as a tool for self-report. The reason I picked that was because I didn’t care about the question itself, I cared about the data quality and the parameters around asking them. I worked with collaborators looking into psychopathy, suicidality, aging, a whole broad range of products.

And then I was lucky enough to land a job here [CRAWH] before I even submitted my PhD.

EB: What drew you to science originally?

EB: Where you always into it when you were a kid?

EW: No not really, I kind of stumbled into it. When I first started at ANU I had a good enough UAI that I felt obliged to use it, so I tried law but within about a half semester I was dreading law and really looking forward to my science subjects so I switched.

EB: How did you become involved in Shirty Science? You were an artist in that and not a scientist.

EW: All my work all day is brains and I thought I didn’t need more brains of that in my spare time so I thought I would go in as an artist, you could pick which one. I saw it on an email list and usually if people ask for cool science communication things I say yes! 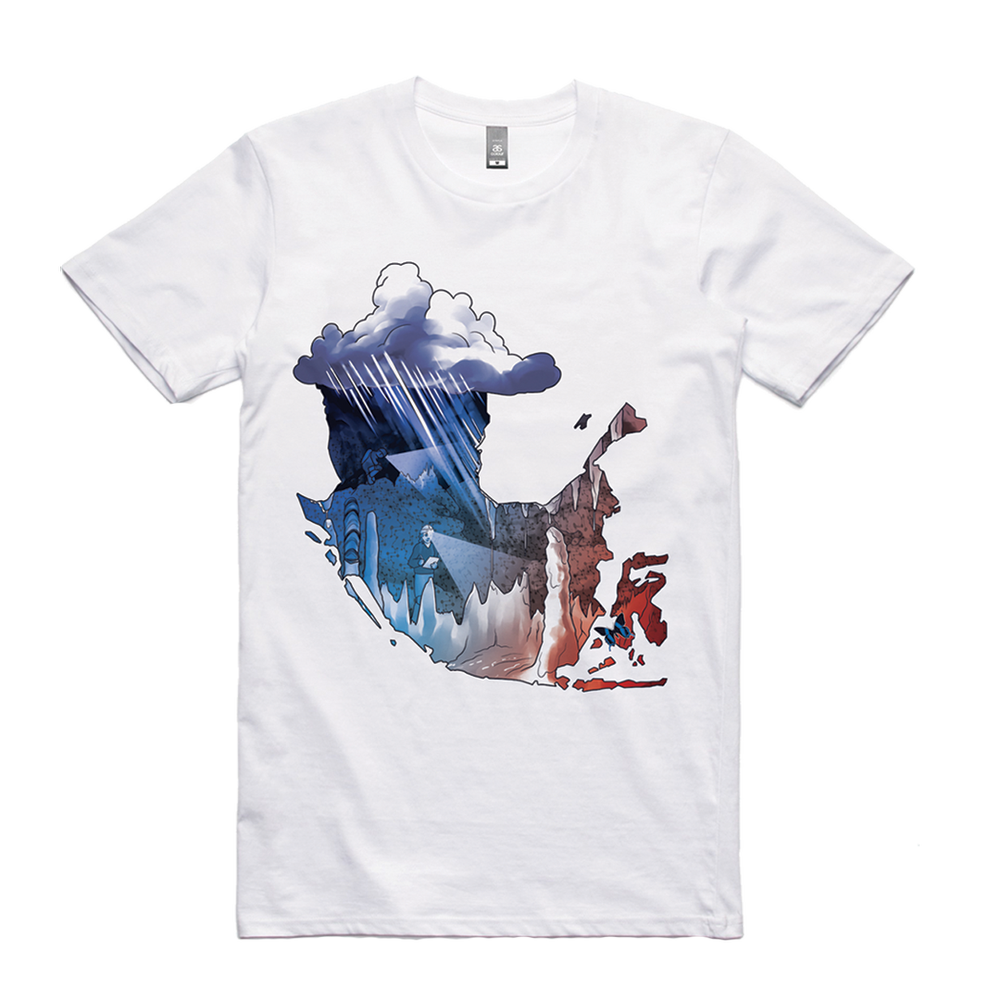 EB: How long have you been drawing?

EB: Being both a scientist and an artist, did it make you approach your illustration for Shirty Science in a different way to the traditional artists?

EW: Not so much for the final work, but I think that the way a scientist communicated to a scientist is very different to how a scientist communicates to an artist. What I have found during my illustration career is that often the scientist is afraid of the artist’s temperament. They are really timid about asking for changes or asking for alterations, anything that goes against your artistic sense. Whereas I do it like I would any manuscript, I expect it to have many revisions. It is completely impersonal. If I do ten sketches and they don’t like any that’s completely fine I’ll just do another ten sketches.

EB: What do you think about being a woman in science?

EW: I have honestly never needed to think in terms of gender. I am of course thankful to the women who came before, who ensured equality, but at least in my experience it has been absolutely achieved. There has never been a single time in my career, and indeed most of my life, where I have felt people have seen me as a woman first and a scientist second.

EB: What do you think about science communication?

EW: I feel that scientific communication is more allied with journalism in terms of its implementation and its goal in terms of the high turnover, the need to engage and often a drive to pithiness, with can be antithetical to the slow, cautious, nuanced nature of science. There are always going to be good and bad examples. I think the fact that there is an actual science communication department here at ANU and at other universities that are at least trying to train scientists to communicate better is a fantastic thing.

My approach has always been that working at a place like this I am funded by tax payers money and that I have an obligation to learn how to communicate with the broader public and I should do everything I possibly can to share my work and do things like this.

That being said, there are a lot of scientists who choose a field like this because they aren’t particularly communicative. It can be unfair to try and push them into that realm.

EW: I feel like academia is quite similar to the life of an artist in terms of you get into it because you are passionate, not because you want money or stability. I have no idea if I am going to have a job or not next year, but right now I have what I think is the single best job in the world. I look forward to coming to work everyday, which is something special and wonderful.

EB: That’s a rare thing. I think that’s something a lot of people don’t have.

EW: It is a rare thing. I feel so lucky to be able to experience that.

If anyone is interested in becoming a scientist they should pay attention to the fact that hard work and intelligence isn’t enough, you have to be lucky and you have to work really, really hard but the awards are immense.

EB: One last thing. Tell me about yellow!

EW: I just like the colour. It started off as a habit, then it became normal, and now it’s veering into personal branding. It’s so easy at conferences and stuff, because I can stand next to my yellow poster and people know it’s mine.