Warning: "continue" targeting switch is equivalent to "break". Did you mean to use "continue 2"? in /nfs/c05/h05/mnt/159427/domains/leidenmagazine.com.au/html/wp-content/plugins/essential-grid/includes/item-skin.class.php on line 1041
 New Shops Rumoured to be coming to the Canberra Centre - Leiden 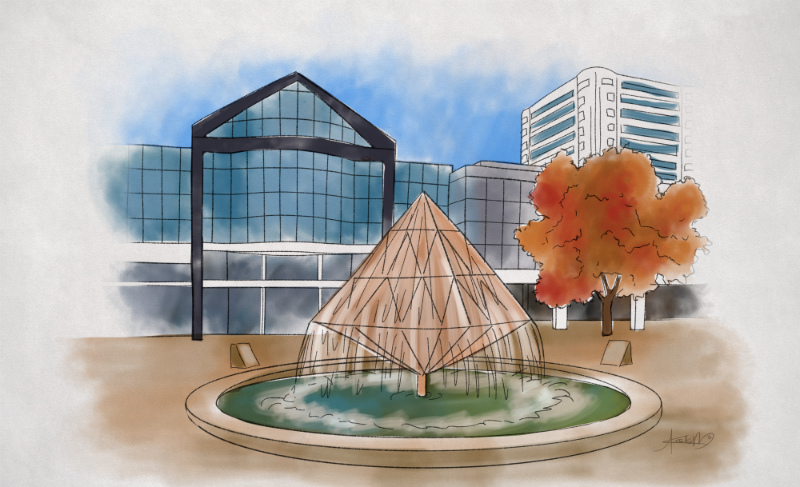 If you live in or have visited Canberra, chances are you have been to the Canberra Centre: it’s our biggest and fanciest shopping centre after all. If you have been there in the last year you will have noticed that a good chunk of the mall has been boarded up while Centre management enacts some secret plans to unveil lots of shiny new stores.

The new Beauty District has since opened but there are still plenty of boarded up shops to incite the rumour mill to run wild. Having heard a few things on the grapevine ourselves, we thought it was time to reflect on all the rumours running around. We also took it upon ourselves to do some actual detective work as well.

So here is the fruit of our deductive labours, our fairly comprehensive list of all the stores rumoured to be coming to the Canberra Centre.

When the Canberra Centre first closed down a fairly sizable chunk of the mall, everyone thought that it must be to make room for H&M. And even after H&M categorically denied a Canberra store, the theory never died. Hopes for an H&M reignited a couple of months ago after the Canberra Centre redistributed a few shops located above the empty space formerly occupied by Dick Smith. They also expanded these shops back into the carpark, creating the potential for a massive double story store.

– H&M has arrived in the Canberra Centre 4/9/17 See our thoughts here.

The other contender for filling this newly formed double story space is Marks and Spencer. Rumours that the English high street stalwart is coming to Australia started at the same time good old M&S launched a dedicated Australian e-commerce site about a year ago. Surely rolling out brick and mortar stores would be a natural progression right? But would the first Australian M&S store really be in Canberra? We think not.

It is well and truly time that Canberra had a Gorman and if what the little birdies tell us is true, that time could be now. No longer will you have to travel interstate or shop online to get your hands on this cult colourful Australian label, a print dress or cute clog could be immediately yours.

– Gorman has arrived in the Canberra Centre! See our official announcement here.

Seeing as the Australian arm of our favourite British chain has entered into voluntary administration, chances of a Topshop coming to Canberra are  zero. Only four stores will remain in Australia with all Myer concessions having already been closed. Looks like we will all still be popping up to Sydney to get our Topshop fix.

In the short amount of time this Japanese fast fashion giant has been a part of the Australian retail landscape, it has expanded to twelve stores across NSW, Victoria and Queensland. Will Canberra be next? Maybe. Canberra is actually a logical location for Uniqlo as the luxe, timeless basics it specialises in would go down a treat with conservative public servants.

The latest rumour to reach our ears is that we are getting a Max Mara boutique. The Italian luxury label well known for its cashmere coats is already available in independent boutique Pink Ink so we question whether there are really enough people willing to drop $1000 on a coat to support a stand alone Max Mara, but hey what do we know.

Whispers of the Canberra Centre looking to lure this American jeweler to Canberra have been floating around for years. Given that Tiffany has been reporting falling profits for some time now, the chances of getting a store in the nation’s capital is incredibly unlikely. But hey, it’s not that far to Sydney if you want to stand in front of the window staring in while enjoying a croissant.

We have it on good authority that the greatest spice shop of all time is coming to the Canberra Centre. And don’t think we are exaggerating. Gewurzhaus is one hundred per cent the best spice shop ever. And it has herbs. And tea. And sea salt soap! Foodies are going to lose their shit when this Melbourne-founded haven opens its doors.

– Gewurzhaus has been officially announced to open on November 2, 6/10/17

Now if you thought we were excited about Gewurzhaus, we feel the same way about this South Australian chocolate making institution. After years of getting our fix of chocolate covered apricot balls in Sydney, Melbourne and Adelaide, we were intrigued to see that for the month of June Haighs is offering free shipping to all online orders in the ACT. Are they trying to get us hooked before opening a store here? We hope so! Order something to show them how much we want Haighs in Canberra.

How great are the old school David Jones food halls in Melbourne and Sydney? How great would it be to have one here! Over-priced fruit and vegetables, chocolate covered strawberries, fresh cookies. All this magic could soon be ours if the rumours of David Jones expanding its offering to include all these edible goodies and more. It would certainly take up a lot of room, which would make the Canberra Centre happy as they sure have a lot of space to fill.

A Bit of Everything

Another Japanese superstore, Muji specialises in ‘household goods, apparel and food.’ Seriously click that link and read their about page, it’s adorable. Everything in Muji is affordable, good quality and simple. There are currently three stores in Australia: two in Melbourne and one in Sydney. After carting home a tonne of amazing makeup storage units from Melbourne, we wouldn’t say no to a Canberra Muji of our own.

While spending the weekend trawling around a shopping centre is all well and good, we whole-heartedly support our local boutiques first and foremost and recommend you do to. The stores that sit within a shopping centre environment can be found anywhere but it is specialty boutiques such as Rebel Muse, Pink Ink, Assemblage Project, Mussen, Sissa Sorella, Blonde Concpet, Sanchos Dirty Laundry, Lost Vintage, CARDIF Collective, I Trip I Skip, Things Of Desire, Momento Designs, Lusso, and Honey Suckle and Lace to name a few, that go above and beyond to create a curated shopping experience.

We would also like to question whether our population can even support mega stores like H&M or Tiffany. If our Zara is any indication (apparently its the worst performing Zara in the Southern hemisphere) we would say no.

And do we even want them? Part of what makes these big brands so enticing is that they aren’t in Canberra. They are still exciting because not every one you know is wearing them. They still feel exclusive because you have to work that little bit harder to get your hands on that H&M dress or that Uniqlo cashmere jumper.

Time will tell but from our perspective, as long as Gewurzhaus and Haighs are coming, we will be happy campers.

The new Beauty Precinct in the Canberra Centre is open. Find out all the shops here.

Some of the New Shops Actually Coming to The Canberra Centre

H&M is Coming to Canberra – But Do We Really Want It?