Warning: "continue" targeting switch is equivalent to "break". Did you mean to use "continue 2"? in /nfs/c05/h05/mnt/159427/domains/leidenmagazine.com.au/html/wp-content/plugins/essential-grid/includes/item-skin.class.php on line 1041
 An Interview with Ayla - Songstress and Devoted Op Shopper | Leiden 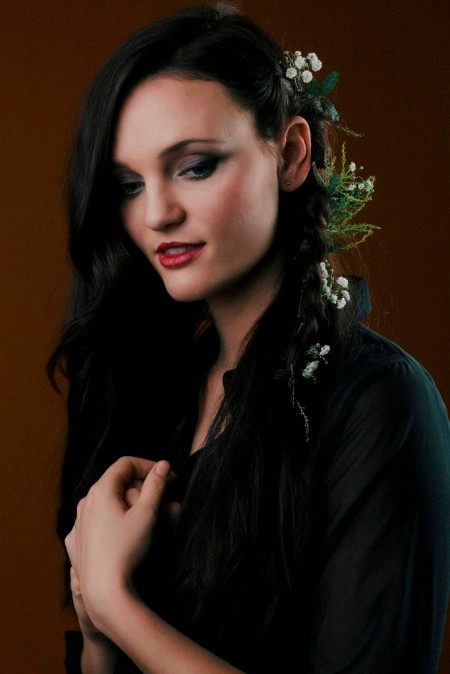 After a killer 2016 packed with a slew of hit singles, a memorable Triple J Like a Version performance and an almost sold out EP tour, Brisbane singer-songwriter Ayla is back. The self-proclaimed op-shop lover has been busy with a new single released in May, a new EP in the pipeline and an East-coast tour on the way.

We caught up with Ayla ahead of her upcoming tour to have a chat about music, op-shopping and life on the road.

Leiden: How did you first get into music?

Ayla: We didn’t have a tv at home until I was 5 years old, and then for a long time we only had one movie, which was The Sound of Music. I would watch it on repeat and sing along. After that, I started writing little songs, playing ukulele and guitar at school, busking performing at school events, and just kept writing and performing from there.

L: What are your musical influences?

A: I’ve always loved singer songwriters like John Mayer, Sarah Blasko and Kate Miller-Heidke. I listened a lot to those artists, as well as Norah Jones, Dido, James Blunt, Angus and Julia Stone, Lisa Mitchell and a few others when I was about 12 years old and really starting to put a lot of energy into music, so I feel like they’re the kind of artists that had a lot of influence on my style. When I’d go through a phase of listening to an artist, I’d notice how their style would come through in my songwriting at the time. I think you take a little bit on board from all the artists you listen to.

L: You have headed off on a couple of national tours now. What do you like about being on the road?

A: It’s exciting being on tour; away with friends in new places. We always have a good time exploring around and making good memories and meeting new people. It’s always great to try the food in different places too.

L: What is your relationship with fashion?

A: I’ve never liked pink. I grew up on a farm and I didn’t used to put a thought into clothing, probably up until I started playing shows a bit more and thought I should put a bit more effort in. Now I like clothes, and to feel like I’ve got an alright outfit on, but I don’t like to spend too much money!

L: We hear you like to op-shop, what are some of your favourite places to shop?

A: I do love to op-shop! I like a bargain. I’d say probably 75% of my wardrobe are op-shop finds. I like op-shopping in Newtown, Sydney and one time while we were on tour in Melbourne, I found a great one down there – but I have no idea where it was. Just any op-shop really!

L: What’s the best vintage piece you have picked up so far?

A: Though I don’t dress in farm gear (all the time) anymore, I’m still no fashion guru. I don’t pay too much attention to labels or the vintage of the clothes – I mostly go off comfort to be honest. My favourite kind of clothes are the ones that look respectable, but are still super comfortable. I recently picked up some lovely silky pants from an op-shop near my house that were on special for $2.50. They’re my new favourites for sure!

L: Do you have any tips for bagging a great op shop find?

I usually find a couple of good things per shop, so I guess just persistence! Hard if you don’t like shopping though, because you seem to need to look through a lot before you find something that works for you. I never thought I’d be giving op shopping advice…

A: I’ve just released a song called Shallow End, and we’re touring that single in June! I’ve got a couple of other new songs as well, so we’ve been busy rehearsing all of these for the shows in Melbourne, Sydney, Canberra and Brisbane. I’ve also got an EP ready to go! So that shouldn’t be too far off release either.

An Interview with Photographer Lori Cicchini