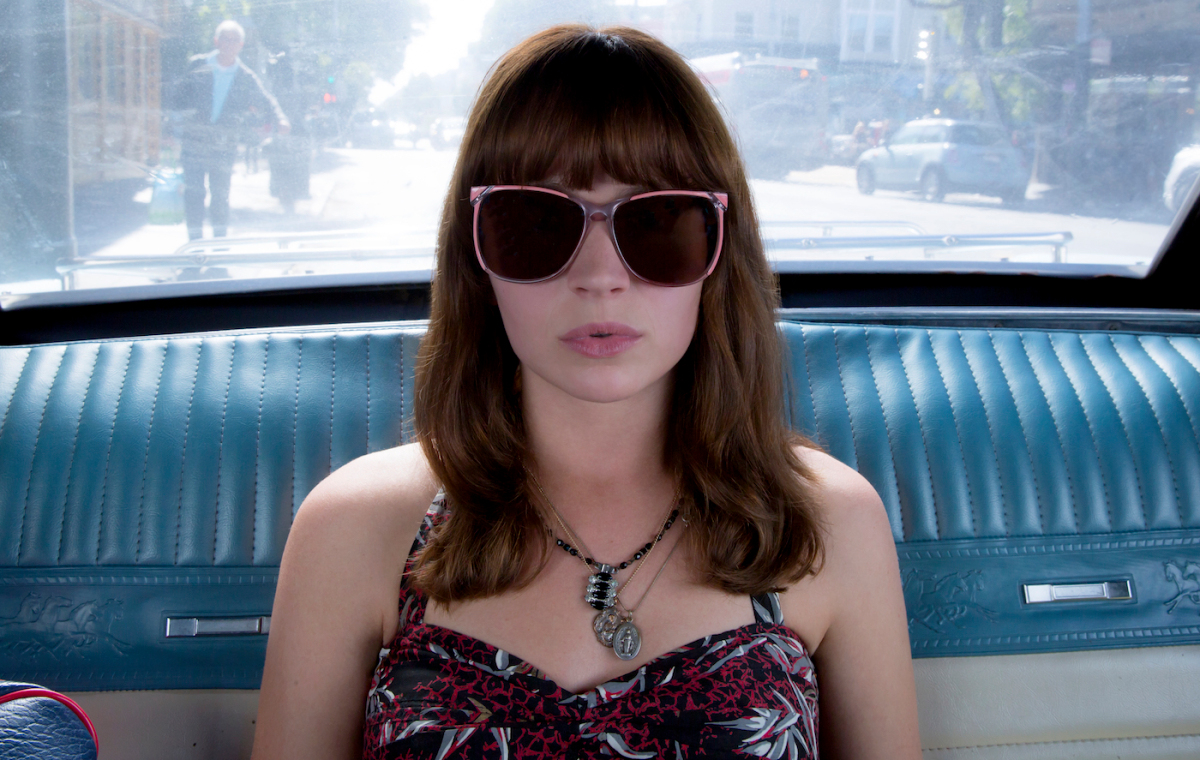 This show should come with a ‘stick with it’ plea at the end of the first episode. Girl Boss is one of the latest Netflix original series’ joining a collection of shows such as 13 Reasons Why and Stranger Things. Netflix is pretty much killing it at the moment and if you’re someone in need of a little motivation to do that thing you’ve always dreamed of doing, Girl Boss may just be the show for you.

In the first ep we meet Sophia running out of petrol on an infamous San Fransisco hill in 2006 and we soon learn she is a 23 year old, self absorbed, spoilt little bish who wants to live a great life without having to work for it. I cannot stress how much you will loathe this chick. She thinks she’s all ‘feisty’ or ‘sassy’ but she’s just an annoying shit of a human. After the first two episodes I didn’t want her to succeed. She literally steals a carpet for no good reason! Who does that? Lord I just pray that at the start when it says ‘loosely based on true events’ the character is a very loose version of the real Sophia. As the show goes on, though, she remains just as narcissistic as before, she does become more driven and actually starts being an adult and doing some work. Thank god!

If you can’t stand Sophia always putting herself first or any other character that is just as shit as her, you may get a kick out of watching it for the style. (If you see no problem with Sophia’s attitude or personality then maybe you need to do a bit of a self-evaluation.) As you can imagine, this show is riddled with style, from offbeat clothes to contemporary vintage ones (juxtaposition I know) and from the wallpaper in Sophia’s apartment to RuPaul having a recurring role. If you’re a bit of a fashionista you’ll definitely get some inspo here!

One thing I would have loved was a bit more focus on her business. Every time they were concentrating too heavily on relationships (blergh) I just wanted to know what was going on with Nasty Gal! That’s the reason I am watching this show! (Hint: the last episode is great for a behind the business scenes look.)

Once again I recommend pushing past the first ep. It takes a few episodes but eventually it becomes what you chose it for in the first place ― the story of how a broke girl built a successful business. Aside from the industry chat, one of my favourite things about the show are all the pop culture references from 2006–2008. Their worry for Britney and her breakdown and watching Marissa’s death on the O.C. Classic blasts from the past. But beware, there is a random flashback episode shoved in there that was a bit pointless and all about Sophia and Annie’s friendship. Booo! Get to the business stuff!

The good news is, if you’re not sure about it, the season only takes a day or two to smash through and hopefully, like me, you’ll get motivated to get your dream up and running! (My dream is blogging, so look just how motivating this show is!) I am also half tempted to read the biography but seriously, if the real Sophia is anything like the character, I may just give it a miss.

If you still aren’t persuaded to give it a go, here’s the only quote you need to take away from Sophia, ‘I am a girl and that shouldn’t be a bad thing. Girls are collaborative, empathetic hard workers. Girls are great!’

Freya is from country NSW but moved to the big city to follow her tv dream. She spends her time writing, watching movies and dominating at spider solitaire. She hopes one day there is a show called 'At the Movies with Margaret, David and Freya'.