Warning: "continue" targeting switch is equivalent to "break". Did you mean to use "continue 2"? in /nfs/c05/h05/mnt/159427/domains/leidenmagazine.com.au/html/wp-content/plugins/essential-grid/includes/item-skin.class.php on line 1041
 Just Be Wrap Up | Leiden 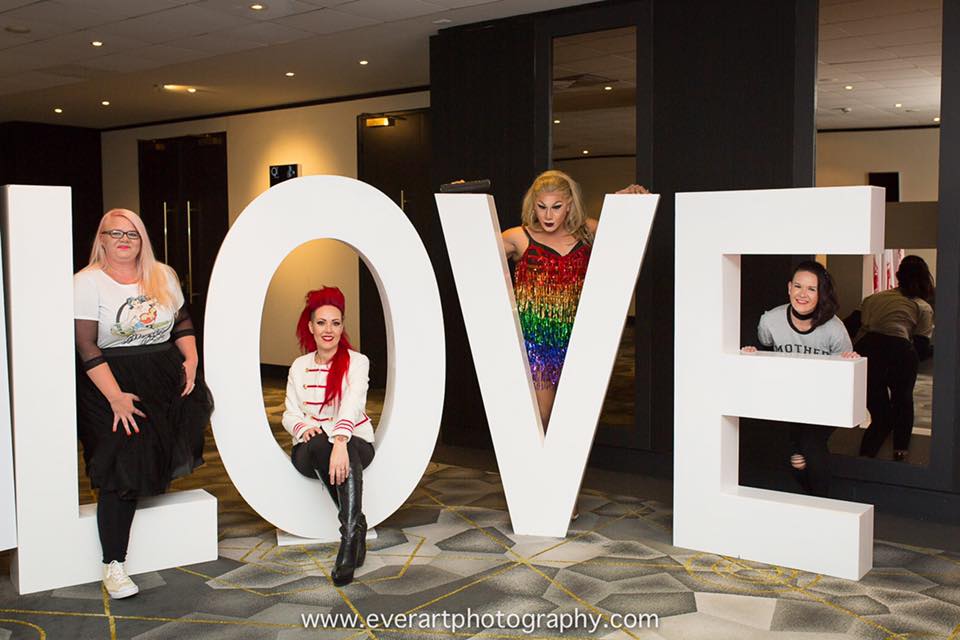 A couple Thursday’s ago I had the pleasure of attending the Just Be Revolution Launch at the QT Hotel in Canberra. The Just Be Revolution has been set up by Vicky Kidd-Gallichan as a means of giving people the confidence to be themselves, and to teach everyone not to judge others by their appearance.

Just walking into the space at the beginning of the evening was enough to encourage everyone to feel good. The red carpet was laid out for photos, huge letters spelled out L O V E and Paulini was there to welcome everyone into the launch party. Guests were treated to canapés and drinks as well as being able to talk to some of the lovely people from GG’s flowers and The Hope Project.

The evening kicked off with a Welcome to Country and a video presentation which was curated to appear throughout the evening, featuring interviews with the founders, performers and even our own Emma Batchelor. They discussed learning to accept themselves for who they are, finding and pursuing their passions and discussing the ideas that they want to live their lives by. Overall the themes were all about courage, kindness, self-acceptance and love.

The evening was emceed by Frances McNair, whose many outfit changes, songs and jokes kept the audience entertained throughout the evening. There were also a whole heap of incredible performances over the course of the night. The first performance was by dancers from Subsdance Studios. The dance was in a Brazilian style, and the costumes alone were spectacular, featuring bright colours and sparkles and feathers, and the dancing was just more than brilliant enough to live up to the costumes.

Following on from the dancers, we heard from Kate Seslja from The Hope Project and Nip from GG’s Flowers. The Hope Project is a mental health service dedicated to helping people with their struggles through their philosophy of HOPE, which stands for Help Other People Everyday. GG’s Flowers is a social enterprise which was initially set up so that her sister, who has Down syndrome, could find employment. Through the success of the business, GG’s Flowers has now been able to employ eight other people with disabilities.

Following this, there were burlesque performances from Rainbow and Captain Spitfire. It is difficult to put into words just how incredible these humans are at burlesque. Rainbow’s performance was based on the Mad Hatter’s Tea Party, which was done to both comedic and technical perfection. Captain Spitfire’s routine was set in a cinema, and finally gave Smut by Skyhooks the kind of recognition that it truly deserves. It was quite possibly the funniest thing I have ever witnessed. I quite honestly injured myself from laughing so hard at these burlesque geniuses, and if you ever get a chance to see either of them perform, I would whole heartedly recommend you do anything you can to see them live.

The evening finished up with a fashion show where a few lucky members of the audience got to strut their stuff on the catwalk, being encouraged to accept and love themselves. Overall it was an incredible evening encouraging people to find their passions and to pursue them wholeheartedly and without fear.

Keep your eyes peeled for the next Just Be Revolution Event

Read more about the Just Be Revolution here.

The Just Be Revolution – Join the Rebellion