Warning: "continue" targeting switch is equivalent to "break". Did you mean to use "continue 2"? in /nfs/c05/h05/mnt/159427/domains/leidenmagazine.com.au/html/wp-content/plugins/essential-grid/includes/item-skin.class.php on line 1041
 VELVET – Entering Disco Wonderland with Rechelle Mansour | Leiden 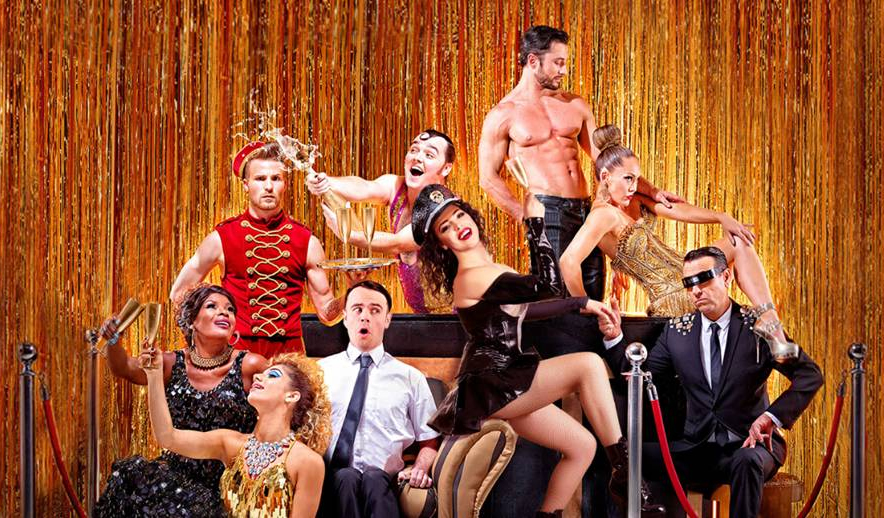 ‘I started dancing when I was three. I was a crazy kid at home; I wouldn’t sit still so my parents were like “lets channel her energy into dance.”’

The story of how Rechelle Mansour came to dance is probably a familiar one for most of us. I certainly have fond memories of climbing into my leotard and being taken to class to dance myself sleepy after school. For a lot of us, though, our passion for dance dwindles as we get older and the dreams we had of being a professional dancer get pushed aside to make way for other interests.

This wasn’t the case for Rechelle who, after years of training, has had a professional dance career some twice her age would be jealous of. Not only has she danced for the likes of Ricky Martin and Havana Brown as well performed on shows like the X factor and The Voice, she can sing.

Rechelle is part of the cast of VELVET, a hedonistic extravaganza blending disco, cabaret, physical theatre and circus, also starring none other than Marcia Hines. ‘I did lots of singing when I was younger,’ Rechelle explained over the phone when we caught up with her ahead of VELVET, coming to the Canberra Theatre Centre. ‘And then when I got older I wanted to dance.’

‘I was getting lots of dance work but then VELVET came along and I didn’t realise how much singing there was. When we got to rehearsals I discovered I had 7 or 8 big songs, big strong numbers, I was nervous!’

‘Singing is very different to dance, I had to nourish my vocal chords and my voice; its exercising a different muscle. I couldn’t have done it without Marcia [Hines] and our musical director [Craig Ilott], they were giving me so many tips, helping me through, teaching me exercises. The experience has made my singing stronger, and me more confident. I’m only now just starting to stop feeling nervous!’ 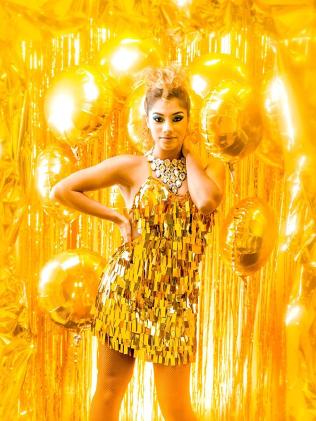 At 18, Rechelle is too young to have experienced the disco hits first time around. ‘I would have had a blast in the disco era if I had been around!’ she laughs. ‘My dad is a DJ and when I was younger this was the music we would listen to at home. I didn’t have to learn so much about the era, I rarely had to learn the lyrics, because I knew the songs from growing up.’

‘The special part of disco music is that it doesn’t really get old. I’ve nearly done 300 shows and I am not sick of the songs at all. Seeing the audience who lived through it, you can see the nostalgia, they know every word, it’s amazing. And then you get the younger crowd who have no clue what to expect and they end up loving it. They leave loving disco as much as we do.’

And what about those costumes we ask? ‘We have sequins and colour and everything fabulous,’ Rechelle reveals. ‘VELVET has been such an amazing part of my life, it has an incredible cast and it’s an incredible show. It’s been the longest running show that I have been a part of to date. It has a very special place in my heart.’

An Interview with Barry Conrad

How to – 70s Disco Makeup gets Modern