Warning: "continue" targeting switch is equivalent to "break". Did you mean to use "continue 2"? in /nfs/c05/h05/mnt/159427/domains/leidenmagazine.com.au/html/wp-content/plugins/essential-grid/includes/item-skin.class.php on line 1041
 A Bloody Adaptation - Adele Querol on Dracula | Leiden 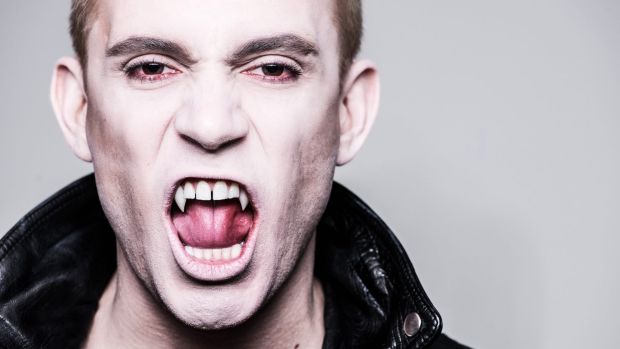 There is no denying that vampires have been the fantasy creature de jour for some time now. We have Twilight to thank for that, plus the slew of other vampire related programming that followed. But where did our fascination with these pale-faced, sharp-toothed beings begin?

Now, vampires have been around a long time, but it wasn’t until 1897 when Bram Stoker’s novel Dracula brought them to life in their modern context. This gothic thriller unleashed the now iconic characters of Count Dracula and Abraham Van Helsing on the public.

Since it was first published, the novel has inspired many adaptations, with the latest coming from shake & stir theatre company. Ahead of the opening night of this critically acclaimed adaptation at the Canberra Theatre Centre, we sat down with one of the stars, actor Adele Querol, to find out more about playing the character of Lucy, the play itself and the magic of theatre.

Leiden: What initially drew you to acting?

Adele: Acting actually played a vital role in the formative years of my life. High School was a difficult time, as I expect it is for most young girls. You’re obviously still figuring out who you are, what group you wanted to (or should) hang out with, how you present yourself to your peers. I remember that deciding what to wear to parties felt like a life and death decision. I ended up as the kid who spent most lunch times in the library and I turned up to my first school dance alone and in uniform thinking it was a formal school event.

At that age something like that was more than enough to banish me to the farthest reaches of social oblivion. But then I was really lucky because my drama teacher, Mr. John Murry, gave me, a lowly year 8, a single line of dialogue and one solo verse in the school musical. I was the only year 8 to be awarded such an honor. I was so nervous the first time I had to perform in front of my peers that immediately after singing I burst into tears and fled from the rehearsal room.

I was sure that I had now officially cemented my social standing to the rank of pond scum. I ran up to Mr. Murry and told him I couldn’t do it and that he should give my part to Virginia, a fellow year 8 girl who could do perfect cartwheels and was excellent at all things with seemingly no effort. I can’t remember exactly what Mr Murry said but it was something straightforward like ‘Stop being silly and get back out there.’ So I did. Red eyed and puffy, I walked back out into the chorus and finished the rehearsal despite feeling like I would die of shame. I am really glad I didn’t give up because when I finally performed on stage in front of the whole school, I didn’t collapse into tears and after the first terrified performance I actually started having fun. I realised that every one looking at me wasn’t going to kill me but rather celebrating me for the first time.

I am aware how painfully cliché it sounds but the more confident I got with my little chorus role, acting and singing as someone else, the more confidant I became as Adele. Obviously from there it’s grown into something very different but initially what drew me to acting was the was that through giving voice to other characters, I learned I had a voice of my own.

L: What do you love about live theatre?

A: I suppose there is just nothing else like it. Every night you are given a whole new experience. No two shows are the same so you are kind of entering into this private pact with your audience that even though they understand you know the play back to front and have done it multiple times that the specifics of what they see will be the first and last time those moments are ever shared. I like the ephemeral quality of it. How it allows for mistakes. Because that’s exciting. You are constantly on the front line of all the potential either going beautifully or horrible awry – in front of people who are invested in you. Living in that space is exhilarating. Also, we live in a screens world. Things are captured and controlled which denies a certain type of exchange with the raw experience. Where as theatre is literally living and dying in front of you. You are breathing the same air as the performers, inhabiting the same physical space. I think it’s fundamentally more engaging because we recognize that what we are watching is actually happening right there ten meters from our faces as opposed to something that was constructed 6 months prior in a very intensely manufactured environment. 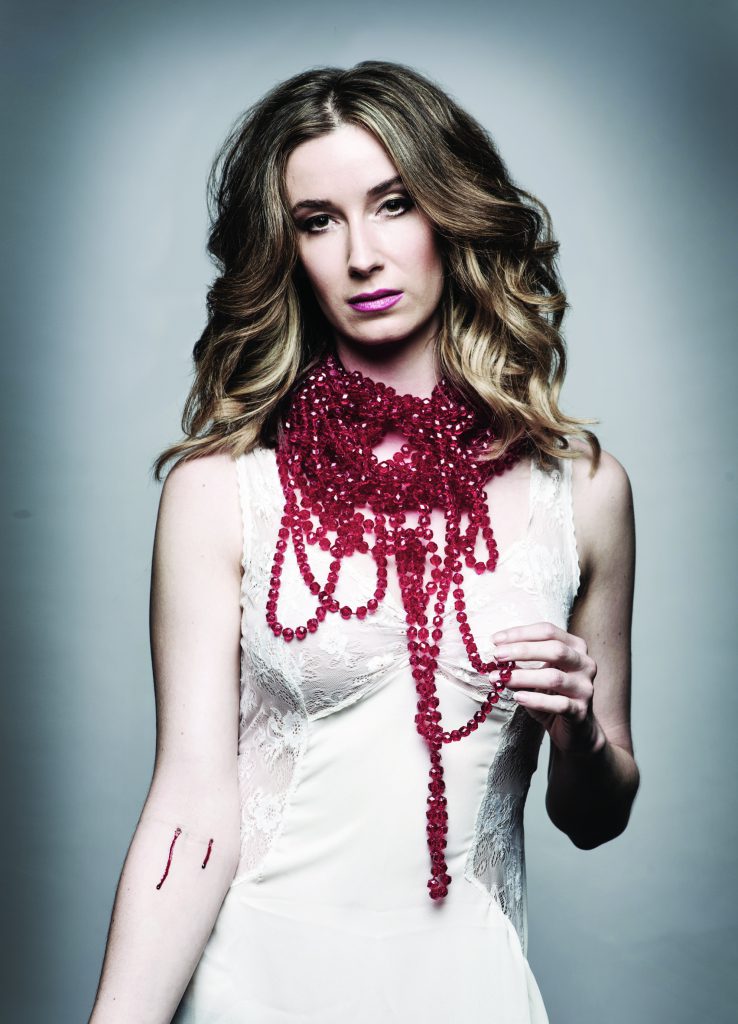 L: What role does costume play for you in embodying a character?

A: Costume is important to me because it immediately connects me to my character on an incredible visceral level. A costume can literally inform how you move and breath. For Lucy, she is existing in the 19th century, wearing a dress that is corseted and therefore quite restrictive in its form. This directly relates to her inner experience. I understand a large thematic element of the original novel to be concerned with this sense of repressions vs expression specifically in respect to female sexual freedom. Lucy is caged in her dress, in her society and in the predominant narratives of the time. When I put on Lucy’s costume it helps me to connect with her desire for freedom in the face of an oppressive culture. Our Costume Designer Leigh Buchanan in dialogue with Director Michael Futcher have worked hard to consider how every element of costume informs character. Everything is there for a specific reason, often highlighting key aspects of personality and theme, the pure white of the girl’s nighties, brighter pink of vivacious Lucy’s dress and the ominous black leather of Dracula’s jacket. This exchange is incredibly fulfilling to be a part of because it continually adds to my own personal exploration of who this girl could be and what world she inhabits.

L: How have you enjoyed being a part of such an iconic story?

A: Not many people actually know the real story of Dracula, people know the name, that he is a vampire, but the details of the origin story are often completely skewed in popular representations. It’s really exciting to be delivering a version of this tale that stays so true to the original text. I guess I am a bit of a purist in that way but I truly enjoy the fact that this narrative written over a hundred years ago can still resonate and entertain a modern audience without needing to contemporize it. Bram Stoker’s Dracula is, at its heart, a ripping good yarn. It has all the best stuff – sex, violence, possession, love and loss. It’s a lot of fun, especially when we perform to High School students – they always react quite vocally to the riskier moments. I often wonder if they realize that they are enjoying a timeless piece of literature. Also it’s not every day that you get to roll around in buckets of fake blood while you are staked and decapitated. Really it’s just fun all round.

L: What can audiences expect from this particular version of Dracula?

A: Our adaptation of Dracula is focused on staying true to the essence of Bram Stoker’s novel. That being said, we live in a time when a lot more can be done to show off some of Stoker’s incredibly creative and thrilling moments of terror. The set designed by Josh McIntosh immediately takes the audience out of our safe, bright modern age and places them into an eerie gothic realm. Together with our Lighting Designer Jason Glenwright and Sound Designer Guy Webster -the creative team have created an evocative and uneasy atmosphere from the moment you take your seat. From then on it’s really a whirlwind of a production. As soon as the first line is spoken the thriller plot beings to unfold rapidly throwing both actor and audience into the horror before any of us can catch our breath. For this we can really thank the original text because in it’s day Dracula would have been the equivalent of your regular slasher/horror flick.

L: What’s next for you after Dracula?

A: Who knows? The world of acting is completely unpredictable. If I’m lucky I’ll book another gig the leads on after this one, or I could be auditioning for a while. But I think it’s important for creatives to stay actively engaged in developing skills and making their own work. It’s really empowering as an actor to not just wait for the phone to ring, but to use my own personal agency to build something from the ground up. Being on tour is giving me the opportunity to put the finishing touches on some of these projects and I’m really excited to see where they lead.