Warning: "continue" targeting switch is equivalent to "break". Did you mean to use "continue 2"? in /nfs/c05/h05/mnt/159427/domains/leidenmagazine.com.au/html/wp-content/plugins/essential-grid/includes/item-skin.class.php on line 1041
 The Just Be Revolution – Join the Rebellion | Leiden

A Revolution of courage, strength, and love.

A Revolution of tolerance, kindness, and confidence.

It sounds good doesn’t it? A world where we not only accept the differences between others and ourselves but also embrace and appreciate them? We still have a long way to go before we get there and an uprising is what we need.

Designer Vicky Kidd-Gallichan has created the Just Be Revolution to do just that.

‘The Just Be Revolution started as an idea that came from a photoshoot that I did for [my label] Rockstars and Royalty last year,’ explains Vicky. ‘In the images, shot by Lori Cicchini, my model, Stefania Ferrario, was meeting herself. One Stefania was glamourous in a dress, the other androgynous in a suit. We then repeated the shoot using a male model, Joshua Sutevski.’

‘The message that I was getting when I saw Lori’s final edit was that it was ok to be one person one day, and another the next. This got me thinking that there’s a lot of people who are afraid, or don’t have the confidence, to be who they are, or to express themselves as they really want to.’

‘As I spoke to different friends about my thoughts, I heard stories of people being afraid to really be themselves, either because they were worried about what people would say, that they were worried that they wouldn’t fit in, or that they were afraid because of a past negative experience in relation to their appearance, such as teasing or bullying. From here, the idea for The Just Be Revolution started to form.’ 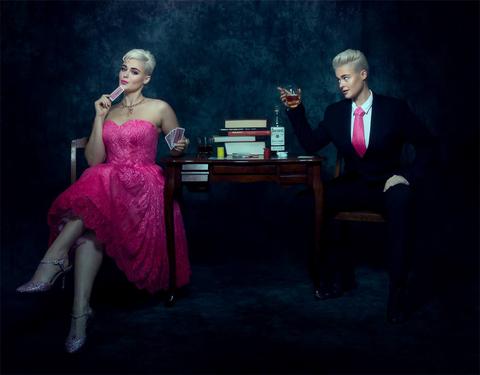 The idea has blossomed into both an online and physical platform for people to share their stories, inspire others, and to spread a positive message of tolerance. As well as hosting regular events (the Just Be’s launch event will take place on April 27), the revolution encourages others to also get together and create safe spaces where attendees are free to be themselves.

In creating this platform Vicky has two main goals:

‘The first is to give people the confidence to be themselves.’

‘To do this I’m going to focus on sharing positive stories of people who are confident to just be who they are or who they choose to be. Some of the people I’ve spoken to have found their own confidence early on. Others have been through tough journeys, often involving bullying, abuse and mental health issues, but have come out the other side stronger and have found themselves. I want to share these positive outcomes in the hopes of showing people who might be going through something awful, or people that are struggling with confidence, that there is hope. That there is a way to get through and find yourself and your happiness in the long run.’

‘The second side of what I’d like to accomplish is making the people doing the bullying, teasing, and abusing realise the consequences of their actions, by highlighting the negative effects that judging people on their appearance can have.’

‘Teasing, bullying, violence and judgement can lead to all manner of mental health and confidence issues. I want to make people think twice before they say something judgmental. I want to make people think twice before they judge someone’s character, intelligence or abilities based on their appearance. Judgment based on appearance is everywhere. We see it daily in the media and magazines. We hear people making flippant remarks about who should or shouldn’t be wearing what based on their size or age or gender. We see it online and in social media. We need to start talking about it, to start calling out the bullies, and we need to highlight the effects to start making a difference. I want to create a world where everyone is free to confidently be who they are or who they want to be without any fear of judgment, ridicule or bullying.’ 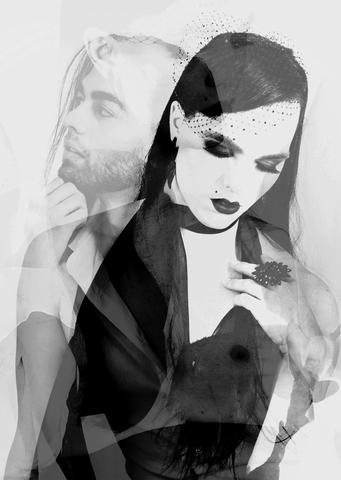 It’s an ambitious dream, but Vicky is not one to be cowed by a challenge.

‘Everyone I have spoken to about The Just Be Revolution has had a story to share. Everyone has experienced, or knows someone who has experienced, judgment based on their appearance. For me, that’s too many stories.’

‘I want to create a future where we celebrate our differences and our individuality and where there is no judgment and where nobody has a story to share.’

‘I want to live in a world where we can be exactly who we are without fear of judgment. I want everyone to be free to Just Be. I know there’s a very long road to get anywhere near there, but I dream big. So, please join the Revolution, and together this army can make a difference.’

Buy Tickets to The Uprising Event

Makeup – Kimi Sanders for What Would Blair Do?

Just Be Wrap Up