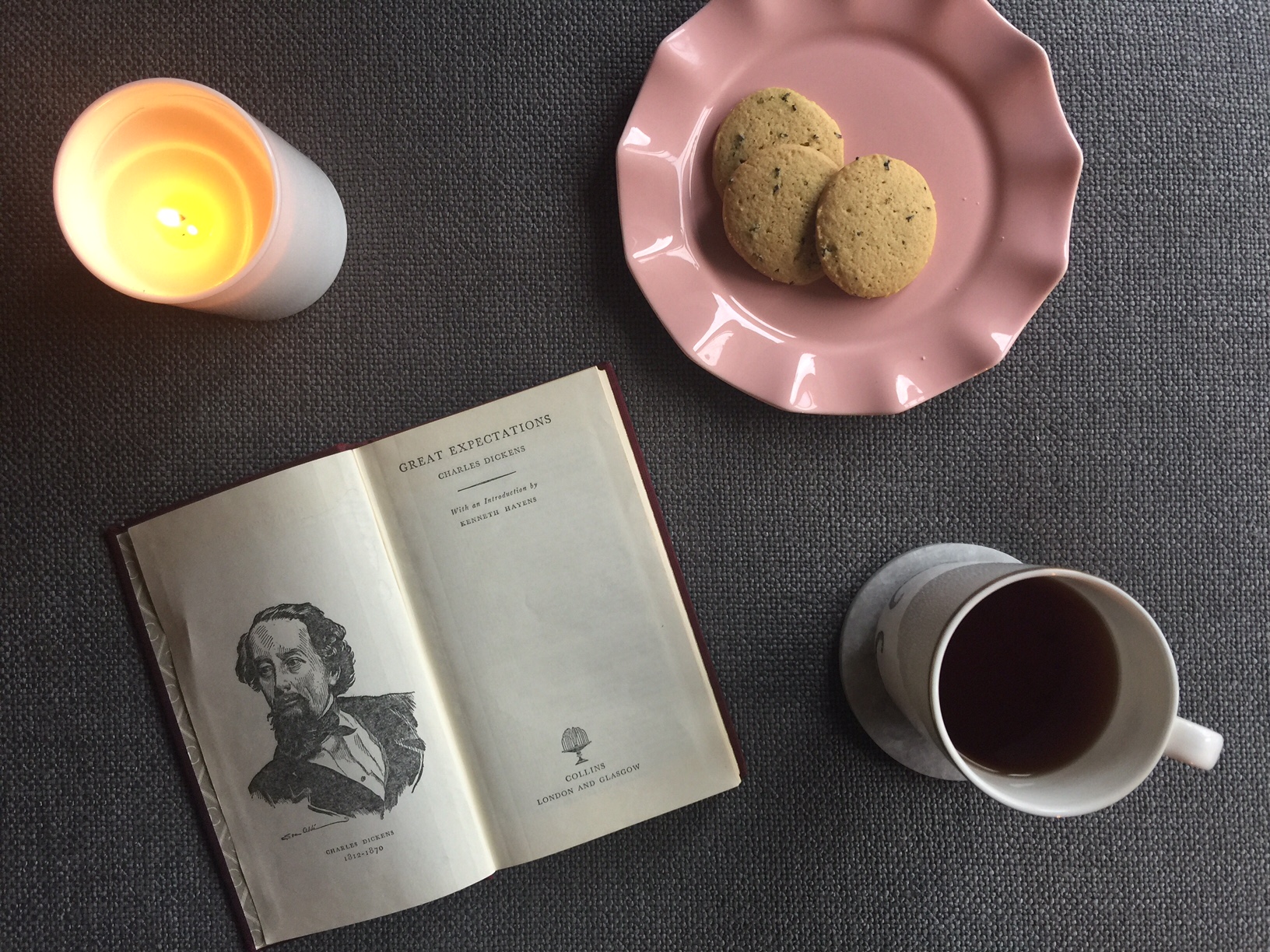 Great Expectations, by Charles Dickens, has been on my ‘classics to-read list’ for quite some time. It is a bildungsroman that depicts the psychological, emotional and moral growth of the narrator and protagonist, Philip Pirrip, nicknamed Pip. Be warned, this is a classic on the more voluminous side – and much more so than this writer expected (that is, I nearly missed the deadline for turning in this review).

As an adolescent, I had read Oliver Twist and thoroughly enjoyed it for its satirical humour. I had expected to experience a similar enjoyment with Great Expectations; yet, I find myself writing this review with mixed feelings. On the one hand, I continued to enjoy Dickens’ satirical humour; it is difficult to think of Miss Havisham wandering her cobwebbed house in a yellowing wedding gown without laughing about the excess of this reaction to being jilted (granted, it was her wedding day). On the other hand, I felt Dickens’s satire worked against the novel in that this time, his characters seemed to lack depth. Most characters – even Pip at times – felt flat and two-dimensional; it was difficult to imagine them as people. As a reader, the ability to imagine characters as people is important to me because reading should be an exercise in empathy (alongside analytical thinking, perspective, general education and the like). However, it is difficult to empathise with or relate to a novel’s characters if they do not feel real. This affected my ability to relax and enjoy the novel; without the human element, reading Great Expectations tended to feel not dissimilar to reading a chemistry text book.

Unfortunately, this feeling was not helped by the slow pace of the novel’s events. Granted, Great Expectations is a bildungsroman; we should expect Pip’s psychological, emotional and moral growth to be gradual – that is the nature of the genre. I cannot help but think though that events could have been sped along a tiny bit because waiting almost 200 pages until Pip’s move to London felt a few pages too many. Then again, we must also remember that Dickens’ Victorian era audience was much better at delayed gratification than we are today.

Despite its somewhat shallow characters and snail-like pace, I still valued Dickens’ social criticisms. Ask yourself, how would you receive an anonymous benefactor who had given you the means to raise your socioeconomic status, but is also a convicted criminal (and still harboured the desire and capability to murder those that had wronged them)? We are at a point in time where many people – but especially millennials – are actively questioning the role of wealth and status in determining our personal values and happiness, and as a result, diverging from ‘traditional’ routes of employment.

Great Expectations was unfortunately not a novel to my taste. It was disappointing to see Dickens’ satirical humour working against him in his efforts to create relatable characters and the (exceedingly) slow pace of the plot eventually took its toll on my reading enjoyment. This will be one for the ‘at least I gave it a chance’ section on my bookshelf… Perhaps the next Dickens novel will be a better hit.