Warning: "continue" targeting switch is equivalent to "break". Did you mean to use "continue 2"? in /nfs/c05/h05/mnt/159427/domains/leidenmagazine.com.au/html/wp-content/plugins/essential-grid/includes/item-skin.class.php on line 1041
 Ladies in Black – A Fashionable Musical | Leiden 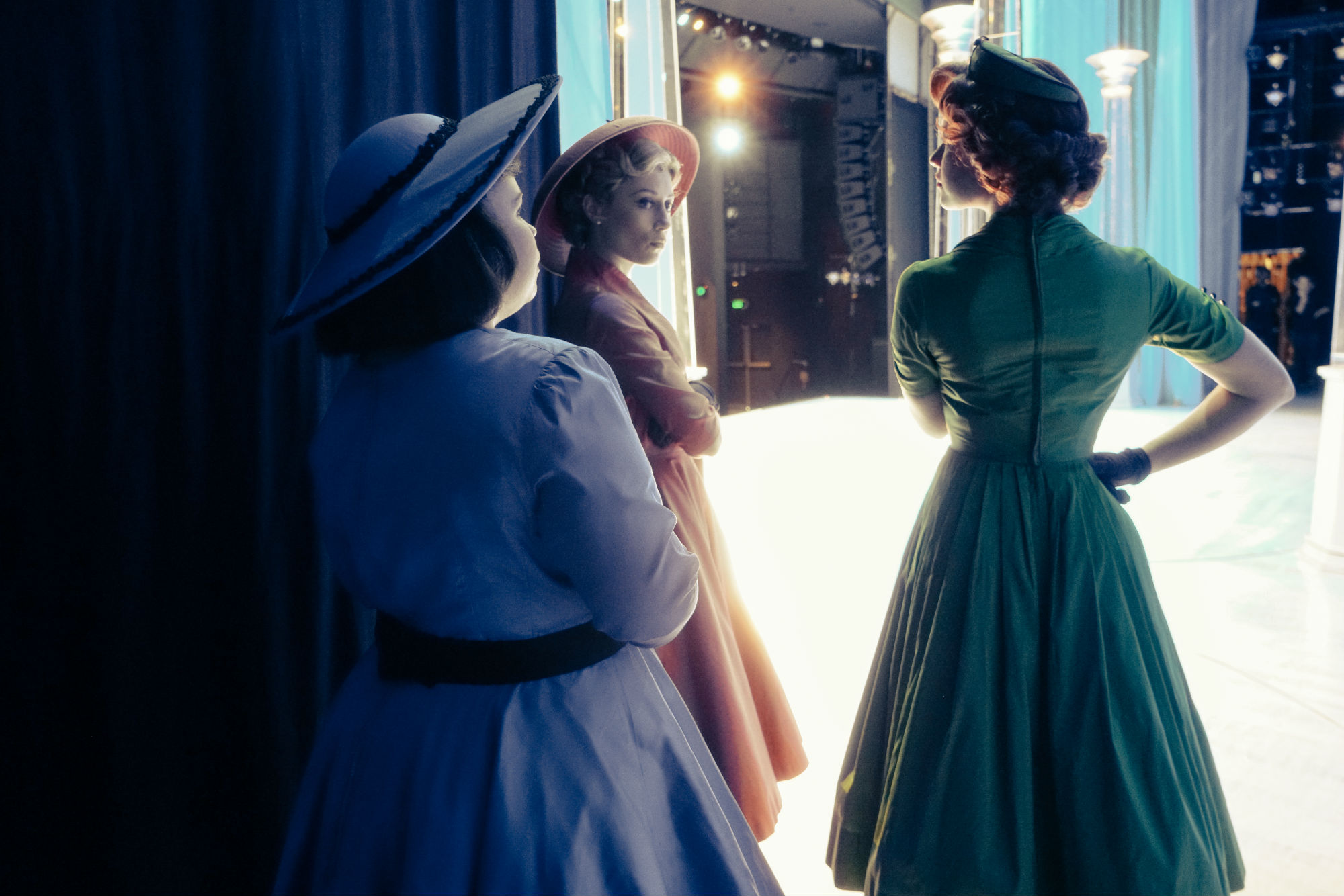 I have to get something off my chest before we start. I don’t really like musicals. Yep, I said it.

Well, that might be a teeny bit of an overstatement; what I actually cannot abide is sing-talking. Give me a musical that is essentially a play interspersed with songs and I will be happy. But if it is non-stop singing from start to finish, those inane sentences sung as though they are the most important statements on earth rather than the banal things that they are, fill me with such an irrational rage that I just want to run from the theatre screaming.

That being said I actually attend a lot of musicals. Some of the things that help me overcome my dislike and get my credit card out to buy a ticket are: friends or people I like are in the show, it’s about something I like (hello Legally Blonde the Musical) or the costumes are amazing.

When it comes to Ladies in Black, an Australian musical now playing at the Canberra Theatre Centre, I’m sorry Tim Finn it wasn’t your songs that got me into the theatre last night, it was those gorgeous 1950s frocks.

The musical is set in 1959 Sydney and centres around Lisa, a bookish ingénue, who comes to work in the city’s premier department store. She befriends the ladies in the magical Ladies Cocktail Frocks and Model Frocks departments and lets just say moments of sartorial splendor ensue.

But let’s face it, 50s couture isn’t made for the rough and tumble of live theatre. How do they pull off the illusion of made to measure clothing with all the practicality that a costume requires? We asked Head of Wardrobe Nathalie Ryner, to share her secrets.

Emma: What is your role in the process of making costumes?

Nathalie: I report directly to designer Gabriela Tylesova and follow her vision. I am in charge of the bringing the team together to realise her designs. 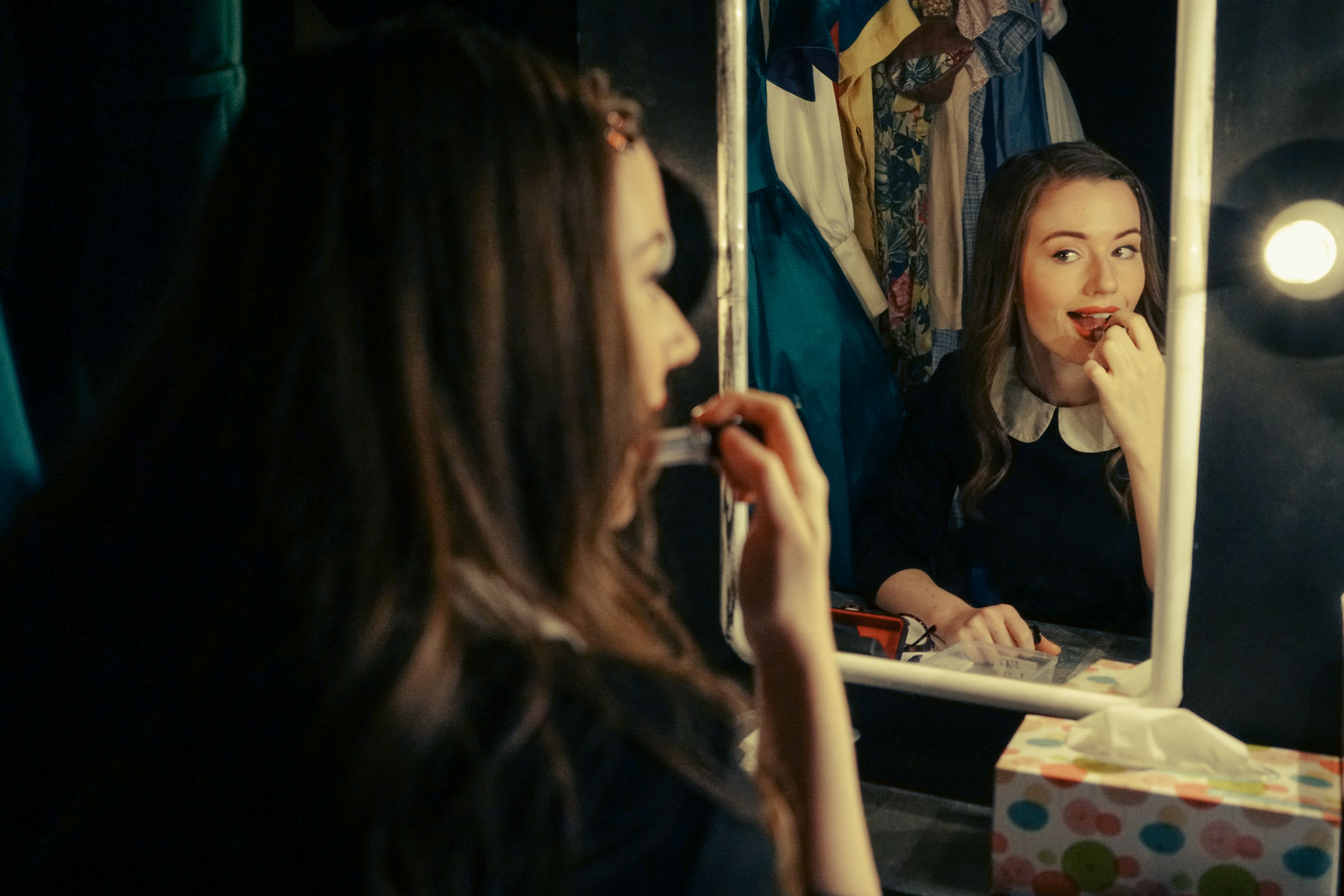 E: What are some of the challenges of translating period clothing to costume?

N: It is about finding the fine line between look and practicality. We consider the silhouette, the colours, the fabrics.

Each piece has to last. Everything has to be modified for quick changes. For example we have one outfit that [the character] Magda wears, it’s an organza blouse and skirt. It’s actually made in one piece so it is easy to get in and out of.

E: How do all those quick changes work?

N: We have got two dressers backstage, one to deal with the clothes and one with to deal with the wigs. We have a few different areas set up side of stage [for changing] that are very well organised.

Dressers have to be calm. They are the last point of contact for the actor before they go on stage so even if a dresser is flustered they can never show it. We have used a lot of long zippers at the back to help with getting in and out of dresses quickly.

We have a costume bible which travels with the show and every single piece is documented within an inch of its life. It says where everything must be backstage and at what time.

E: What sort of fabrics do you use in creating costumes that have to last the distance?

N: I personally like a lot of natural fibres, silks and wools. I will go out to local fabric places, and I will source all over the workd if I have to. There is lots of work in sourcing the fabric. And zippers. I had to order them because they were so long, and then had to hand dye them to match each costume.

We get samples and we test some fabrics. We may back some fabrics with something else for wearability or to get a certain sillouhette.

E: What are your favourite pieces in the show?

N: I am quite partial to Lisa and her costumes. She has got a few very pretty day dresses. I particularly like her blue linen New Years Eve dress, and a grey checked linen dress with lovely piping, which encapsulates the period. The character Patty wears a black suit re-cut from a 1940s suit, which is really beautiful.

This is one of my favourite shows I’ve worked on. I always say that the shows that just about break you are the ones you are most proud of. I am most proud of this show. 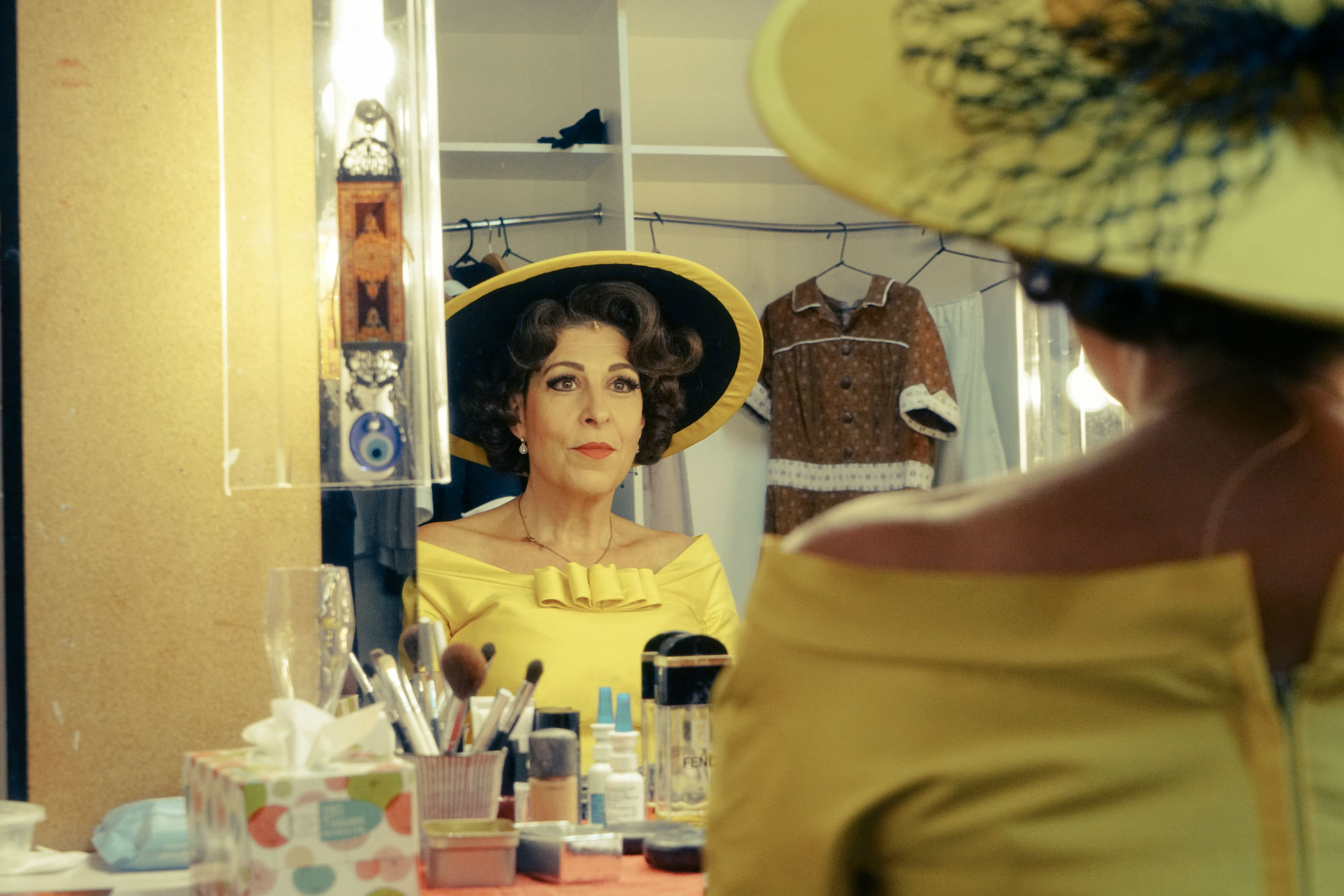 Ladies in Black is heartfelt, warm and funny. And very Australian. It’s appeal lies in its ability to simultaneously explore universal themes such as growing up, maintaining changing relationships and forming new friendships, to touching on more serious issues such as immigration, fertility and gender roles, all through catchy songs, brilliant performances, and of course, those costumes. Plus there was no sing-talking, which for me was a huge bonus.

Nathalie describes the show as beautiful. ‘It makes you happy, its light and joy. You will definitely walk out smiling.’ You know what? We were definitely smiling as we left.

Ladies in Black is currently showing at the Canberra Theatre Centre