Warning: "continue" targeting switch is equivalent to "break". Did you mean to use "continue 2"? in /nfs/c05/h05/mnt/159427/domains/leidenmagazine.com.au/html/wp-content/plugins/essential-grid/includes/item-skin.class.php on line 1041
 An Interview with Artist Alison Alder | Leiden 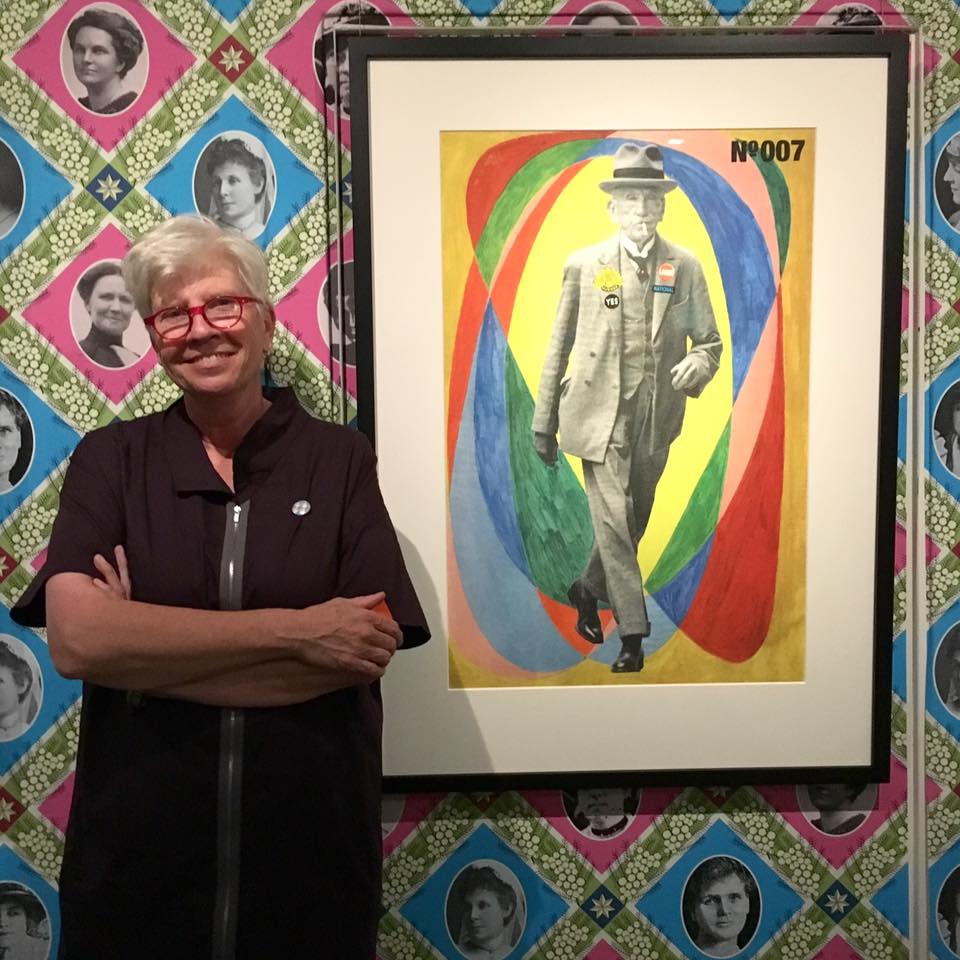 The state of politics both in Australia and overseas has never been so interesting; every day brings a new opinion poll, a new scandal or a trial by media. We are never a farther than a click away from the latest political tidbit. But what do you know about Australia’s first Prime Ministers?

If you are anything like me, the only thing you will know is that our first Prime Minister was Edmund Barton and the only reason you will know that is because of that ad on TV when you were young. I can’t even remember what that ad was for, but I sure as hell won’t ever forget Edmund Barton.

A new exhibition at the Museum of Australian Democracy, onetoeight: Australia’s First Prime Ministers, seeks to draw parallels between Australia’s early period of democracy and the dynamic political landscape we have become accustomed to today through contemporary portraits of our first eight Prime Ministers. 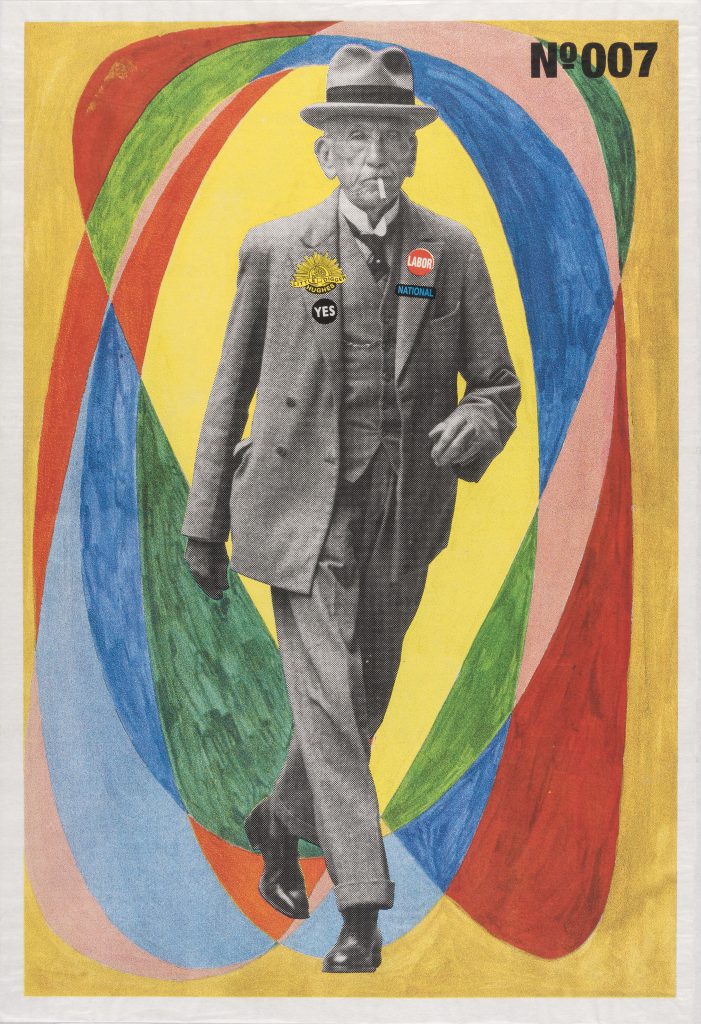 Developed during a fellowship with the Australian Prime Ministers Centre, Canberra based artist Alison Alder has deftly reinterpreted portraits of these early Prime Ministers in an engaging and often humorous way. We were lucky enough to catch up with the artist to find out more about this colourful exhibition.

Emma: Tell us a little about your practice. What was your process for creating these particular works?

Alison: I have been a practising artist for over thirty years and my work primarily addresses social and political issues. A colleague told me about the Australian Prime Ministers Centre (APMC) fellowships at the Museum of Australian Democracy and I thought it would provide a wonderful opportunity for some in-depth research. I was surprised when I was awarded a fellowship, as I wasn’t sure the Centre would be interested in posters as a form of research.

I spent a lot of time reading in the APMC library and talking to the staff, as they had an incredible amount of knowledge stored in their heads. I also did extensive image searches and started to think about how I wanted to portray the prime ministers.

I chose the first eight PMs for two reasons. Firstly, as I needed to impose a cut-off point, but also because MovieTone newsreels were introduced around 1930. Prior to the newsreels the PMs could manage, to a large degree, which photographic portraits were released. The images they could not control were the caricatures and cartoons, which were sometimes very unflattering!

My interest in politics extends to how people in public life manage their image. I collect newspaper clippings of political figures and am very interested in when and how images are released. I became fascinated with these eight men, (the first prime ministers), and was keen to know about them as ordinary Australians rather than as political figures.

Prime Minister Reid, for example, was the victim of some very unflattering images and caricatures. He even rejected his official portrait (by artist George Lambert) as he thought it lampooned his physical characteristics. I found an image of him taken after he was PM, which shows him in quite a different light, which I enhanced with warm colours and a rosy glow.

E: Is it more difficult to capture the spirit of a historical figure as opposed to someone who is alive and perhaps able to sit for you?

A: Historical figures are both easier and harder! They are easier in that you don’t need to worry about offending the subject but harder in that information about the subject is more difficult to find and may not be correct. 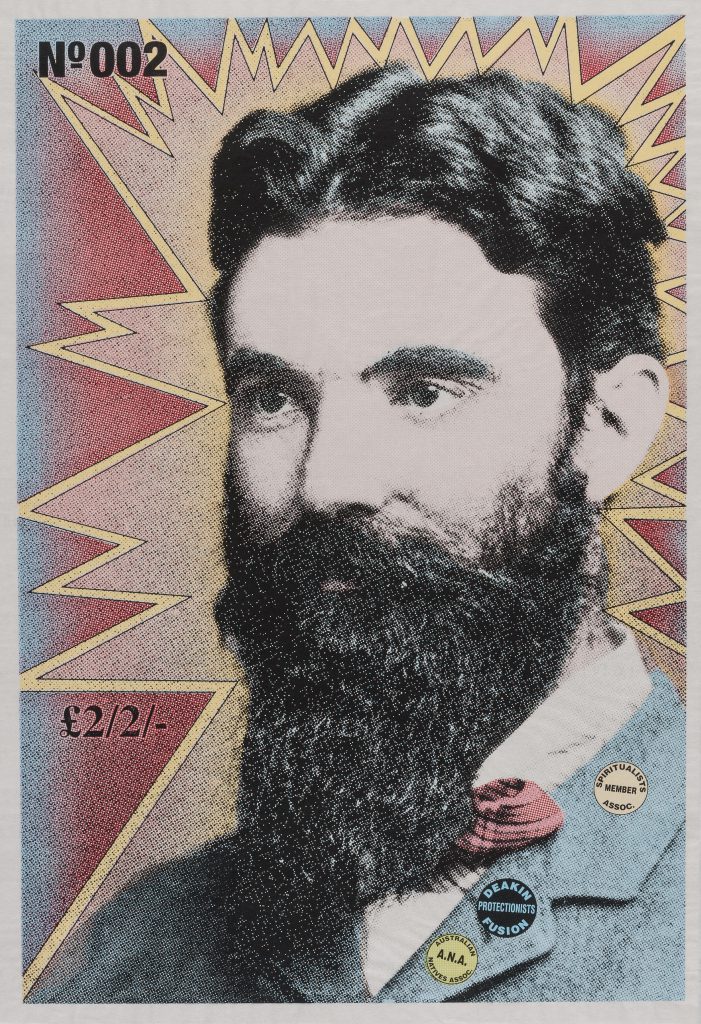 E: I was particularly drawn to the wallpaper behind each portrait. Can you please tell us a little more about that?

A: During my research I became aware of the wives of the prime ministers, as they were strong, interesting people in their own right. Margaret Fisher, wife of PM Andrew Fisher, for example, was a fascinating person. She was a suffragette and attended marches in London in support of female suffrage. She seemed like a very strong and influential character.

I was very grateful that the Museum of Australian Democracy commissioned me to make a new work to accompany the portraits and were happy for me to run with a pretty bold idea – that is the wallpaper of the women that sits behind the portraits of the men.

E: Today is International Women’s Day so let’s talk a little about women in the arts. Women artists are still under-represented in the art world today. Why do you think that is and how would you like to see it change?

A: International Women’s Day is a great opportunity to remind ourselves of the inequalities that women still face today. There are organisations like Countess in Australia or the Guerilla Girls in the USA that research and publish data about female representation in the arts. There is still a long way to go, but things are improving and it is up to us all to continue to lobby and call out organisations and individuals who might be behind the times.

E: What project will you be embarking on next?

onetoeight: Australia’s First Prime Ministers will be on display at the Museum of Australian Democracy until February 2018.

Love, Shakespeare and Theatre: An Interview with Ray Chong Nee