Warning: "continue" targeting switch is equivalent to "break". Did you mean to use "continue 2"? in /nfs/c05/h05/mnt/159427/domains/leidenmagazine.com.au/html/wp-content/plugins/essential-grid/includes/item-skin.class.php on line 1041
 Made to Measure with Max - Part Two Male Uniform & The Rise of Androgyny | Leiden

With a background in fashion and garment construction, and having run his own made-to-measure business, Maximillian has fantastic insight into fashion trends and dressing for self expression. To read Part One of this series where I talk to Max about all things fashion, click HERE. 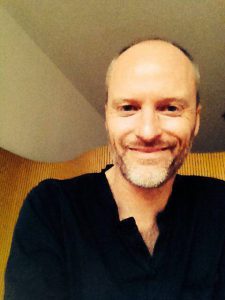 A big part of my discussion with Max was around gendered fashion trends and what’ ‘rules’ exist for men and for women. We also discussed how fashion, as a medium of self expression, can exist to blur the boxes around men and women and highlight the diversity of the gender spectrum.

‘I’ve noticed this tremendous sweep in gender in fashion,’ Max explains. ‘I know, just from my own experience and growing up in the 80s that clothing was much more androgynous in the 80s and then by the time we got to the aftermath of conservative government such as the Regan era, and then by the time we got to September 11, things changed dramatically. I was working for a menswear fashion designer when September 11 occurred. That week he came into the production room and said “Okay men are going to be wearing cargo pants now. We have to make militarized style menswear.” We started to make army-style shirts and that sort of stuff. Overnight, and I watched it, it was very clear in women’s fashion as well, gender was much more clearly defined and went back to traditional stereotypes. Women were back in heels and very flimsy fabrics, silks and lots of skin exposed and very feminine, vulnerable clothing. Men were in – I know it sounds ridiculous – army wear. Or, offshoots of that: lots of pockets and detailing, very practical and manly. Whereas before that it had actually been much more androgynous and I think we are finally now seeing – 15 years later – a sweep back towards androgyny.’

This fascinated me. Max admitted that although androgynous clothing is becoming more popular, for a lot of people, old habits die hard:

‘There’s a look or a style that suggests that young women are sexually available. The other part of the equation is that we have massive corporations who are invested in this as well, especially in cosmetics. Which is directly related to fashion. A large part of that kind of fashion or that sense of belonging is obviously predicated on the concept that people – not just women, but largely women – that people are told that they need to do something to be acceptable. They need to buy this product to be acceptable. That’s exactly the same in cosmetics or fashion.’

‘There’s this uniform for young men and I was about to say young straight men but I don’t think it’s even that. I think, for a lot of queer young men at the moment, dressing in this very highly masculine way in order to be perceived as masculine and then desirable. It’s fascinating. Both of those tropes are largely about desirability or acceptability towards men.’

‘Male uniform concerns me, always has. It really just changes form. I don’t think it will ever really go away. We were walking here in the city yesterday and there was a small music festival going on a Birrung Marr, picnic electronic, and all the guys were of a certain age and there really wasn’t a lot of different in what they were wearing. Well, the way they presented themselves. They all wore longish shorts and tshirts.’

I was interested to know about Max’s experience, in being a gay man, whether he experiences this self policing of self expression. I asked him, ‘Do you ever worry you are dressed too camp?’

He joked about how we can’t look too like ourselves. It is clear that this tendency in the fashion industry both fascinates and saddens him.

‘Often at those points I pull myself up and say, well, two questions: “who is deciding this? Who is deciding what’s too camp?” and the other question is “who do I think is deciding this?” I am having preconceptions about what I think other people are going to think. So that’s not necessarily what they think that’s just my preconception of what they will think and maybe that’s based on previous experience or things like that but we censor ourselves, often in ways that [other] people wouldn’t necessarily.’

Given that Max has made clothes for all kinds of different people and different bodies I wanted to ask him about the inclusiveness of the fashion industry. Why is a skirt assumed to be a product only for women? He gave me some insight into the process of mass producing garments:

‘There are a few responses that I have to that. The first is that we know a lot of people who do not identify with that gender binary and a lot of guys who buy women’s wear and I know girls who buy men’s wear and visa versa and are not deterred or intimidated by that. That’s probably a small selection of the whole populus. There are companies that [are] just making unisex clothes. So there is a slight trend towards that, I mean, that is a very small portion of the market. The other side to is is that men and women, generally speaking as standardised sizes and standardised forms, have different proportions.’

‘I remember going to a dance performance, several years ago and everyone was wearing jumpsuits, and it was obvious to me looking at them that they had designed the women’s jumpsuits first and then had changed those to try and fit the men. But they’re different and for me it looked pretty awkward but most people wouldn’t have picked that up but I just noticed that the waistband is too high. Just little things like that. Women’s natural waist for example is higher than men’s natural waist in most cases. Men generally have larger shoulders. Not always, but generally. So, whether it’s good or not, in terms of practicality, there is a difference essentially between men’s bodies and women’s bodies. But I guess what we are also talking about here is style and I just do not comprehend here why there should be any difference in style for men and women.’

‘However, I am definitely seeing a gradual turn back towards androgyny now. Yeah and I think that that coincides with the whole sexual politic at the moment with a whole lot of exploration around less binary gender roles, and I think that’s fantastic.’

In my previous article I quoted Max’s thoughts on trends that he would like to never return to (bumbags). I should add that we jokingly (but also seriously) discussed how toxic masculinity and relentless male privilege were trends that needed to cycle out. Max ‘hate[s] white middle aged men dressed badly in sports cars’ because they ‘should at least make an effort to look good’ which is hilarious to me. This, of course, was less a criticism on the fashion and more a criticism of the double standard between ways in which men and women ‘should’ publically present themselves. Rightly so.

But if Max could choose one trend that he would keep pushing for more and more of, it would be androgyny and androgynous clothing:

‘Anything that promotes the idea that difference is acceptable is good. I think fashion is an immediate form of expression whether it’s self expression or expression of difference. So, yeah, I would keep pushing the androgyny.’

Max shared so much more wisdom with me, but you will have to wait until Part Three to read more if it!

Made to Measure with Max – Part Four Fit for You

Bicky Lee is a feminist performance artist from New Zealand. She writes for Hot Chicks with Big Brains and Tearaway as well as Leiden and enjoys looking after her friend's cats.