Warning: "continue" targeting switch is equivalent to "break". Did you mean to use "continue 2"? in /nfs/c05/h05/mnt/159427/domains/leidenmagazine.com.au/html/wp-content/plugins/essential-grid/includes/item-skin.class.php on line 1041
 That Sugar Article | Leiden 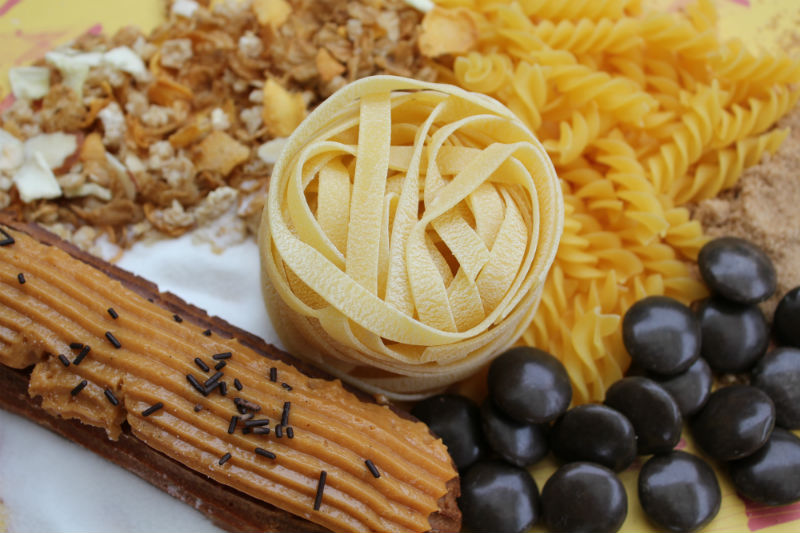 I have a confession to make, I didn’t rush out to watch the ‘That Sugar Film’ when it was released. Now I know what you’re thinking, as a nutritionist, why wasn’t I one of the first to go and see the movie? Well there is one reason for this and that is I think sugar cops way too much flak.

Now I’m not saying sugar is a health food but it certainly isn’t the cause of all chronic diseases. What we need to realise is sugar is one small part of the bigger picture. The growth of the anti-sugar movement started years ago when a clever doctor by the name of Dr Robert Atkins released his diet book in 1972 called Dr Atkins Diet Revolution.

This diet was based on research conducted in 1958 which found a low-carb/high-protein diet resulted in between 0.1 – 2.9% greater weight loss compare to those who received behavioural counselling. Now from a science perspective you can find flaws in the effectiveness of this study, simply because it doesn’t compare it to another diet.

But Atkins could see the dollar signs and released his diet book and as a result carbs were seen as the devil and the root cause of the growing waistlines, sky-rocketing rates of diabetes and any other disease they could think of. As a result of this movement many people developed irrational fears of all things carbohydrate, so any bread, cereals, pasta, potatoes and even fruits were permanently banished from peoples diets.

One of the arguments from the low-carb/high-protein crew was the low-fat message wasn’t working and, in fact, people were still gaining weight, so it must have been all the carbs people were eating that was making them fat.

Following the release of Dr Atkins new diet book, pretty much the same as the previous one, in 2002 there was a proliferation of low-carb/high-protein diet books on the market. Now before we go any further, I have to make it clear that high-protein/low carb diets work in helping people lose weight. It achieves this by simply removing entire food groups and as a result people just eat less. So how does this relate to sugar?

Well over the years every carbohydrate food has copped a bashing (especially wheat based foods) and now its sugars turn. Now, as we know, sugar is used in many foods, especially processed foods because it adds extra sweetness and is great at sticking things together. You’ll find it in anything from muesli bars to breakfast cereals to vegetable juices.

There has also been a huge explosion is sugary drinks on the market. Gone are the days when the only choices in the drinks fridge were Coke, Fanta and Sprite. Now we have energy drinks, sports drinks, fruit juices and smart water which are now so mainstream people are drinking these energy rich, nutrient poor beverages all the time, when they really should be drinking water.

Now the key point I want to make is when we isolate single foods or nutrients and try to blame them for weight gain or chronic diseases it is heavily flawed. And the reason for this it is almost impossible to show a true cause and effect, unless of course, you are eating bowls of sugar for breakfast, lunch and dinner.

Everyone’s diet includes a range of food groups, even those who restrict food groups. Each food has a range of nutrients and the amount of these nutrients vary from food to food. Now if you eat a diet that is close to the dietary guidelines, so plenty of vegetables, fruit, wholegrains, low fat milk and lean meats and the occasional treat, then you’ll be eating well enough to avoid weight gain and minimise sickness. If on the other hand, your diet is high in processed food (the ones high in fat, salt and sugar), soft drinks, take away and alcohol, then there is a pretty good chance you will end up fat and sick. So to get control of sugar and minimise the stress of selecting a healthy, balanced diet, follow these easy tips.