Warning: "continue" targeting switch is equivalent to "break". Did you mean to use "continue 2"? in /nfs/c05/h05/mnt/159427/domains/leidenmagazine.com.au/html/wp-content/plugins/essential-grid/includes/item-skin.class.php on line 1041
 Designer Profile: Ben Lalic | Leiden

It’s no secret that the National Graduate Showcase is always at the top of my festival list, and Target’s third outing at VAMFF this year was no exception. With a tantalising group of twelve stellar graduates from around the country; the colour, texture, and pattern were exactly the artistic level of creativity that make me love this event.

One designer in particular caught my eye this year with cleverly cut weaves in an athletically inspired collection, UTS graduate Ben Lalic. After the festival I was lucky enough to interview Lalic and learn more about the man behind the label.

Heading for university with no prior background in fashion, Lalic originally put down a wide range of interests on his preference list ranging from visual communication to veterinary science. However it didn’t take long to realise that his interests were more heavily invested in fashion, and with the knowledge that fashion and textiles at UTS would teach many similar skills to Graphic design Lalic knew that this decision was setting him on the right path. 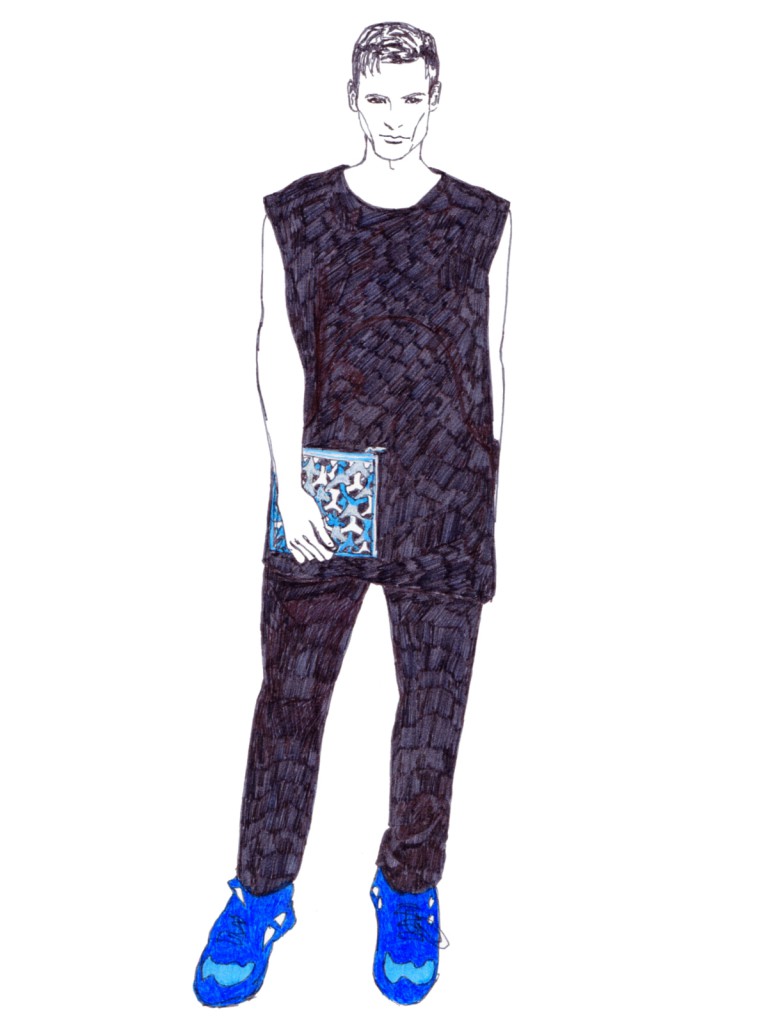 During his time at UTS Lalic made the most of working amongst such talented peers and teachers, as well as feeding his love of sports in campus social activities including the university games.

The initial source of inspiration for the collection seen at VAMFF came in identifying oddities with nature, and exploring the idea of the term ‘normal’. This further developed into a concept identifying disability and disabled body-scapes and how they can be incorporated into a normalised image of society.

While creating the collection most of his time was spent at the university, often starting at 7.30am and catching the night-rider home in the small hours of the morning. Despite the long hours Lalic admits that because he enjoyed this creative process so much it didn’t really feel like work. He even changed his mind in the final week creating a completely new laser cut look as part of his portfolio. 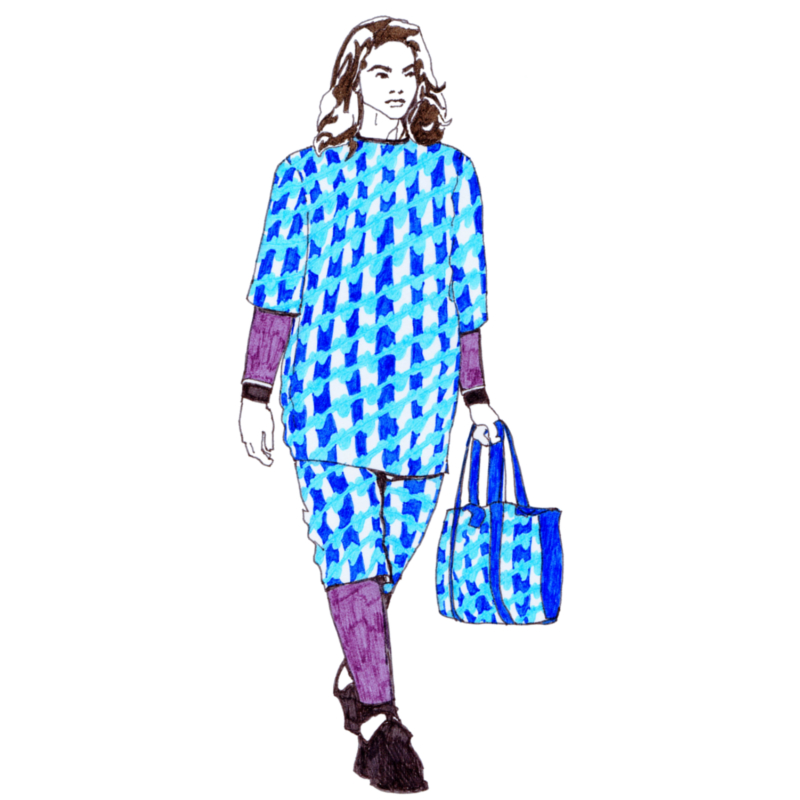 A look from the VAAMF Runway

Asking Lalic which was his favourite piece, I found that the outfit in question was none other than the woven turquoise look with purple skin undergarments, which was the look that I enjoyed most of all twelve finalists in the graduate show. He notes that although he went against the guidance of his tutor with this one, it turned out exactly as he envisioned, and to see it worn for the first time made him feel beyond pleased.

Lalic targets his brand at male youth aged 16-24, after noticing a gap in this market for this demographic. With an interest into creating innovative detailing in his garments combined with education centred around quality, Lalic believes that this group could be persuaded to spend a little more for clothing that is worth the price.

With a passion for sports Lalic feels that he will always have an athletic vibe in his work, but what he really loves is to create new innovative fashion through construction, pattern making, and textile experimentation.

Now finished with his studies at UTS Lalic is hoping to be selected as the winner of the Graduate Showcase, which would see him moving down to Melbourne to work on a capsule collection for Target. Also selected as a finalist in the Australian Fashion Foundation (AUSFF) Award, Lalic had the chance to present his collection to ten industry professionals including Margaret Zhang, Dion Lee, and Malcom Carfrae. Lalic has applied for the Mittelmoda Fashion Award being held in Milan this year which is currently being judged. Here’s hoping we will be seeing his designs strutting down the Italian runway later this year.

What can we expect from Ben Lalic in 2016? Accessories galore! After laser cutting the various off-cuts of leather left over after university, he created a range of purses and clutches which did so well he went and bought up a range of colours to get working on an expansive range including bags. Once these orders are filled we will be seeing a few more commercial pieces including singlets, shorts, pants, and a jacket- which I will certainly be keeping my eyes peeled for!

We will also be excited to see the new knitwear side of the Ben Lalic brand, inspired by a trip to Kullu in the northern Himalayan region of India, visited as part of his final year at UTS.

Check out Ben’s work online at www.benlalic.com or follow him on Instagram for more of his work. While his online store is being set up if you find something you like send him an email at ben_lalic@hotmail.com to place an order.