Warning: "continue" targeting switch is equivalent to "break". Did you mean to use "continue 2"? in /nfs/c05/h05/mnt/159427/domains/leidenmagazine.com.au/html/wp-content/plugins/essential-grid/includes/item-skin.class.php on line 1041
 Alvin's Harmonious World of Opposites: An Interview with Platon Theodoris | Leiden 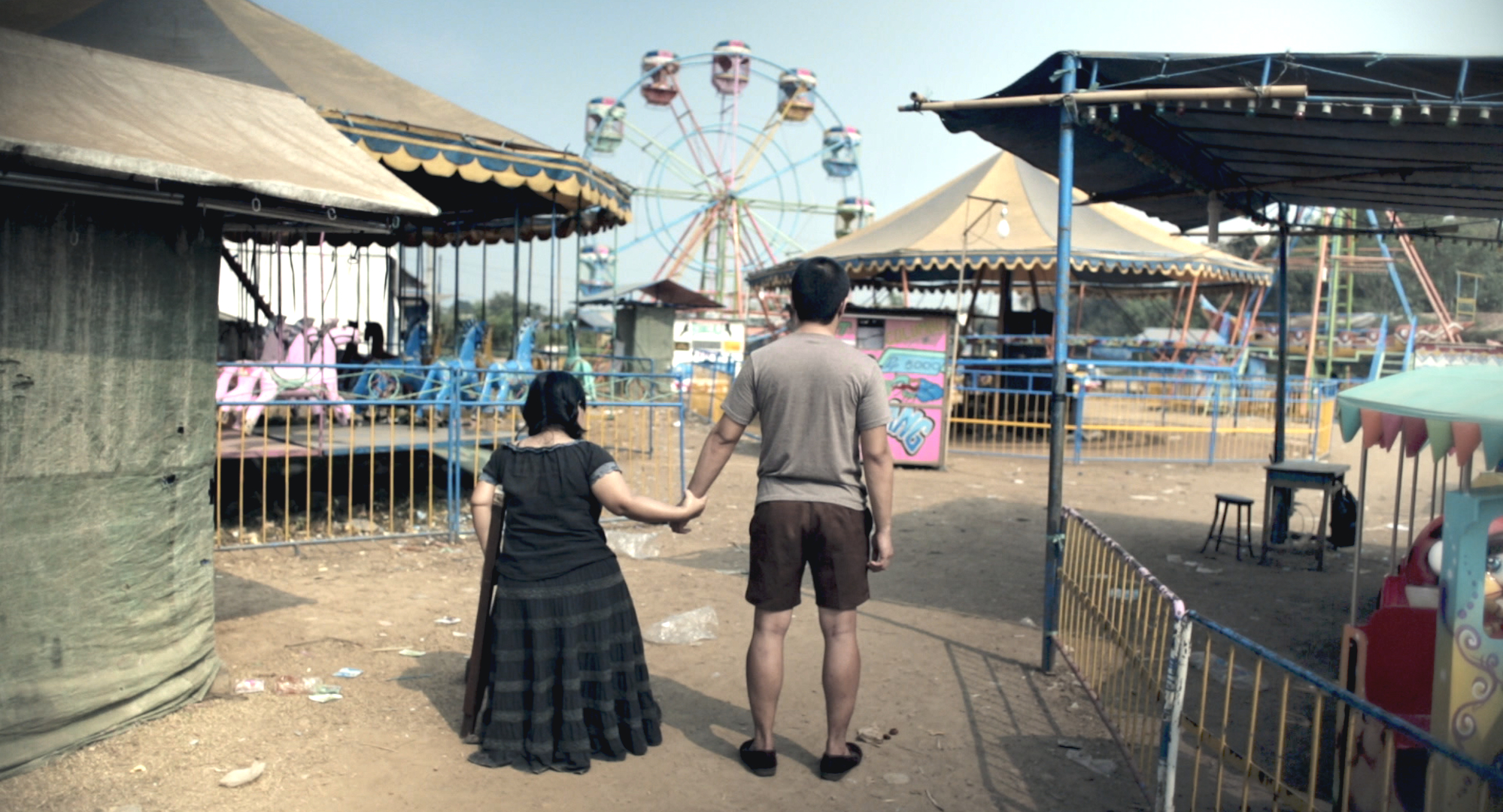 If you haven’t yet heard of Platon Theodoris, you’ll soon be hearing his name pop up all over in the Australian film industry.

He’s been compared to David Lynch (he’s never even watched Twin Peaks or any of Lynch’s work) and having released his first feature film Alvin’s Harmonious World Of Opposites last July, Platon has since won The Dead Oscar Director’s Choice at the Sydney Underground Film Festival and was named best newbie director by the influential Star Pulse magazine after the film screened at Slamdance in the USA.

The film has been described in various ways by critics including:  “A cool cinematic Rubik’s Cube” and “Sensitive, stylised, quirky. A completely different shade of fucked up”.

As a Leiden Magazine resident Beauty Bitch, Platon’s high school friend of 28 years and as someone who happens to feature in the film as “Despina” a self-important power tripping, clip-board hugging, real estate agent with a very severe, slick ponytail (should I be offended he thought I was the perfect choice for Despina?) I spent some time chatting with him about his film over a strong almond mocha and a gluten free brownie. 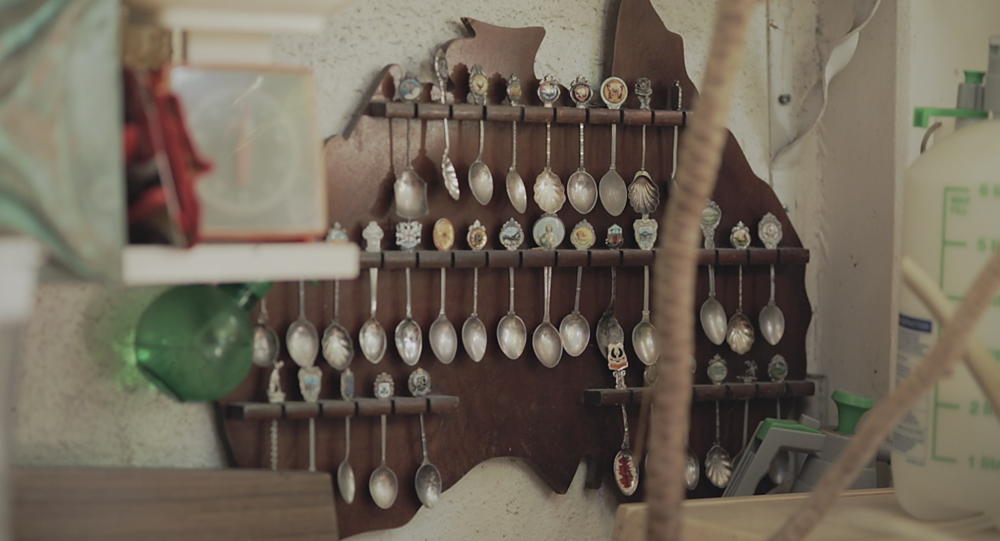 Tina: Now tell us Plats, what the hell inspired your fashion choices in the film, particularly for the main character, Alvin? His style is retro and a bit of something else. Elaborate.

Platon: Well, I would have to say that the biggest influence on Alvin’s fashion choices would have to be my partner Yoshikatsu Matsufuji, otherwise known as Shin-Shin. About eighty percent of the wardrobe used was actually from his personal wardrobe and thankfully Shin-Shin’s size was exactly the same size as the actor Teik-Kim Pok’s size, who plays Alvin, so we were able to use a lot of Shin-Shin’s wardrobe styling.

Tina: How would you describe his styling?

Platon: I would say it’s eclectic vintage Australiana with a hint of seventies businessman.

Tina: Alvin is quite the groover isn’t he? Now, in the film, you have a lot of kitschy knick knacks that surround Alvin’s apartment, can you tell us a bit about those? (There are hundreds of pandas everywhere. No spoilers. Buy a ticket to see it, OK?)

Platon: Well the actual apartment that was used on the main set was my partner’s old apartment and basically, all the knick knacks in Alvin’s apartment, were all of Shin Shin’s and so we really piggybacked Alvin on Shin-Shin’s aesthetic sense; although having said that, the film as you know takes some twists and turns and we did have a second production designer who created other fantastical amazing sets in other locations but I guess if we’re talking specifically about Alvin, then a lot of it comes from Shin-Shin. 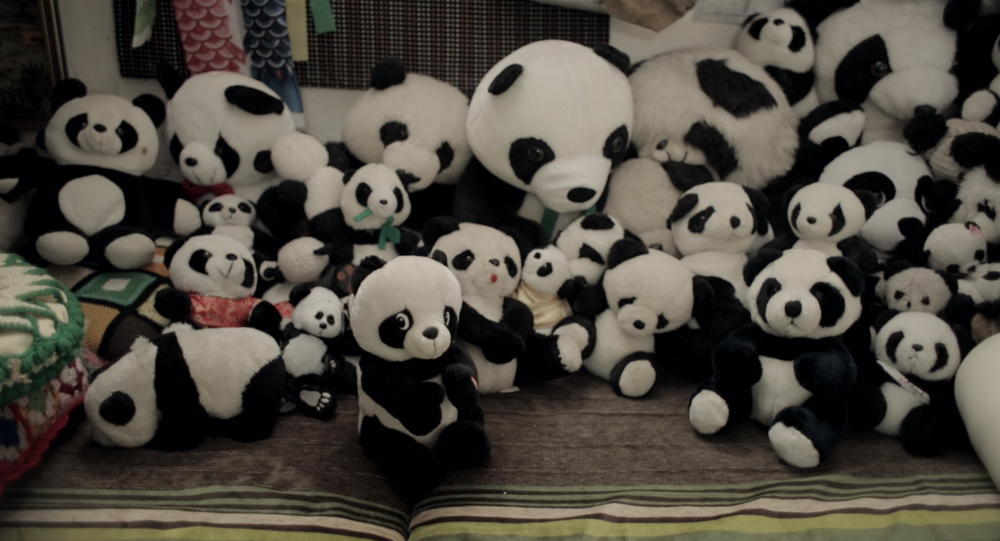 Tina: So cool. Platon, we all want to know about recent success that you have had prior to Alvin’s Harmonious World Of Opposites. Go.

Platon: So I started out by directing music videos and TV commercials and obviously I went to film school and art school. I started directing music videos and a couple of them won MTV awards and then I sort of moved into short films and some of my short films screened at film festivals like the London BFI, festivals at Vancouver International, Singapore, Busan in Korea, and St Kilda in Melbourne. Generally, they’ve been my successes with the short form, but Alvin’s Harmonious World Of Opposites is my first feature film, so I am happy to see that it’s finding an audience.

Tina: Of course it would. We all have a bit of Alvin in us. Now tell us about recent successes to do with Alvin.

Platon: So we premiered the film last year at The Revelation Perth International Film Festival and then it screened again at The Sydney Underground Film Festival late last year where the film won The Director’s Choice Award and I was presented with The Dead Oscar.

Tina: Sounds creepy and awesome. What’s he look like?

Platon: He’s made of 20 melted television screens, by an artist in the Inner West of Sydney! Since then we had our North American premiere which has been absolutely overwhelming. We showed it a film festival called Slamdance which runs concurrently to the Sundance Film Festival, in Park City Utah and is often spoken about as the Sundance’s director’s fortnight and it really is where the edgier, grittier, or underground indie films screen. We had sell-out screenings there and the American audience just loved Alvin. We’ve had some bespoke screenings of the film including at The Australian Centre For The Moving Image in Melbourne, The Golden Age Cinema in Surry Hills in Sydney, and a screening at Riverside in Parramatta. For the lucky people of Brisbane, you can still catch the film at The New Farm Cinemas on May 22nd.

Awesome brownie and chat. I really want people to see Alvin and get lost in his harmonious world. We can’t wait to see what’s next for you, Platon Theodoris- you legend of the epic variety. 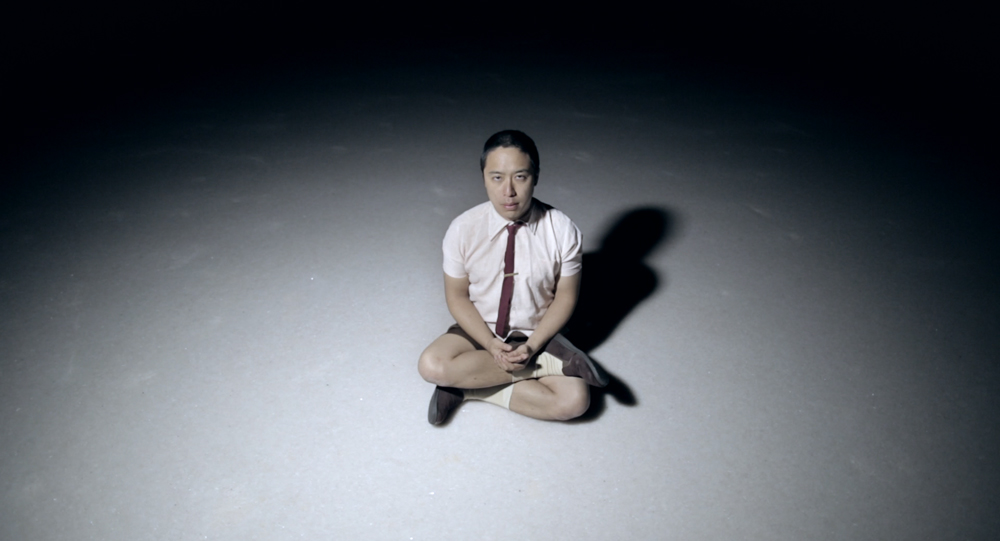 If you haven’t seen this quirky film, be sure to check it out for a screening near you by following the official web page. Well? What are you waiting for? You should be online buying your tickets now!

The New Farm Cinemas on May 22nd, Brisbane at 5pm

The Golden Age Cinema in Surry Hills, Sydney on June 23rd at 6pm.

An Interview with Alex Carson

Tina is a professional beauty bitch by day and can talk about fragrances for hours on end. She also likes to talk about culture and is a part time nerd who likes to quote movies and TV shows. Tina gets excited when people get her pop culture references. She dislikes bad coffee and paying too much for it.