Warning: "continue" targeting switch is equivalent to "break". Did you mean to use "continue 2"? in /nfs/c05/h05/mnt/159427/domains/leidenmagazine.com.au/html/wp-content/plugins/essential-grid/includes/item-skin.class.php on line 1041
 Sibling Street Style | Leiden 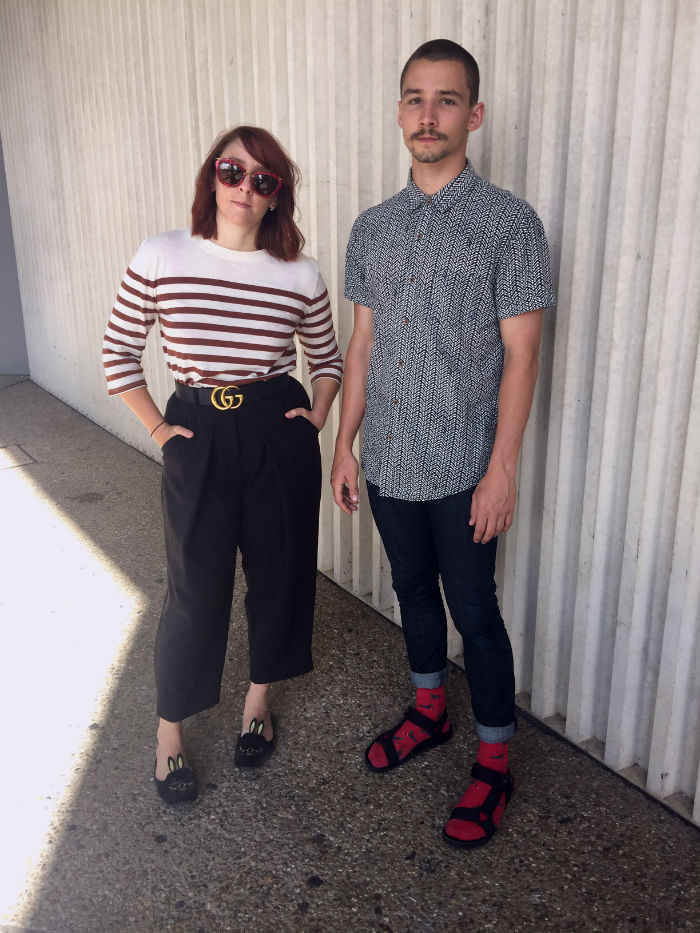 Choreographer James Batchelor is roaming the streets again in his famous socks and sandals combo. I can attest that his outfit captured many a glance while we were out and about this weekend. I was a breton-striped wall flower in comparison.

James is in Canberra to perform in the world premier of his new contemporary dance work Faces at the Canberra Theatre Centre. In FACES, documents from the First World War’s Western Front are brought into a physical yet translucent world of overlapping images. Moving fluidly across a glistening surface, the performance continuously folds and manipulates body and object. Time is expanded and warped in this unpredictable space, as anonymous bodies and faces appear in and out of focus. We are reminded of the uncertainty of war and its traces as we are left to contemplate a distant yet ever present memory and its place in the modern world.

How to Wear Socks

On Style and Socks