Warning: "continue" targeting switch is equivalent to "break". Did you mean to use "continue 2"? in /nfs/c05/h05/mnt/159427/domains/leidenmagazine.com.au/html/wp-content/plugins/essential-grid/includes/item-skin.class.php on line 1041
 VAMFF '16 - The Dress Collective Runway | Leiden

On a balmy summer night in a typical Melbourne venue (converted warehouse hidden down a laneway), comes the first offsite runway for the 2016 Virgin Australia Melbourne Fashion Festival. And what better way to start than with The Dress Collective Runway, whose long line of independent designers include the first women’s-wear collection from Cameron and James, and personal favourite of mine The Prodigal Daughter.

The offsite runways provide real bang for your buck, always providing a longer than usual show with a wide range of interesting designs and a crowd passionate about creativity in fashion. Both of our FASHFEST [Canberra’s fashion festival] favourites are in the second half of the show giving me plenty of time to soak up the atmosphere whilst rifling through my gift baggie.

In the first half we see lots of my two loves, pattern and colour, from swimwear label Annabelle and Eve, whose unique concept creates designs to calm the mind and assist with symptoms of anxiety and depression.

A floor length black skirt with dazzling movement has my jaw on the floor, thanks to powerhouse ladies label Don’t Do Pretty, before some fun and flirty active-wear from Gabdala late in the first half.

During the intermission I chat with Phoebe Mwanza, The Prodigal Daughter herself. Wearing her cape skirt as a dress and sporting fabulous sky-high hair, Phoebe tells me about preparations for the Dress Collective runway, as well as the launch of her brand new collection planned for the Byron Bay Fashion Festival on 30 April. 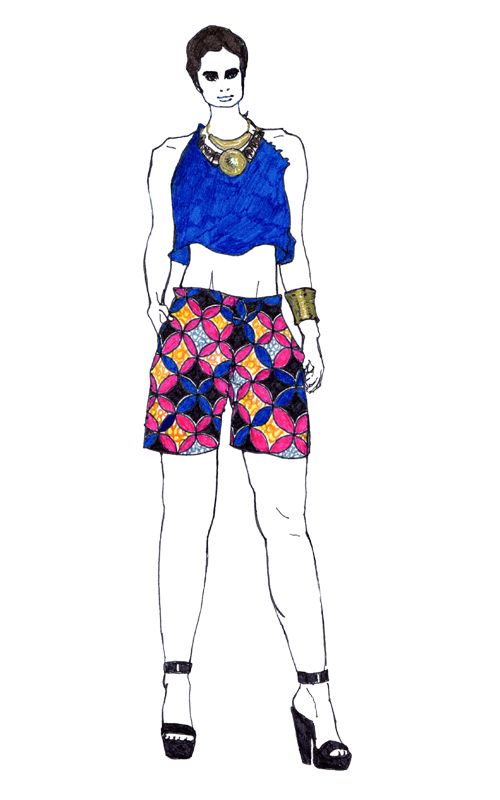 The bright African prints used by The Prodigal Daughter are always eye catching and playful, in a range which has pieces suited to the working week or a cheeky Sunday session by the beach. Tonight, strutting down the runway we see the yellow cape top (which incidentally, was the first piece that made me fall in love with this designer), as well as the pink and blue patterned shorts which would look right at home on Cup Day (if shorts weren’t disallowed).

The Prodigal Daughter isn’t the only one pleasing the crowd with exciting fabric tonight, as the beautiful silk scarves from ethical designer Letitia Green show the audience some creative ways to wear a scarf to double up as beach wear.

Following some lovely fabric in work wear from Orocéo Castro, I find a new love in BLACK MOB THE LABEL whose boxing inspired street-wear takes sass to a whole new level. The unisex collection aims to bring power to the people with its predominantly black, white, and yellow pieces. Making such a statement tonight I feel it would be impossible to argue that they had missed their mark. 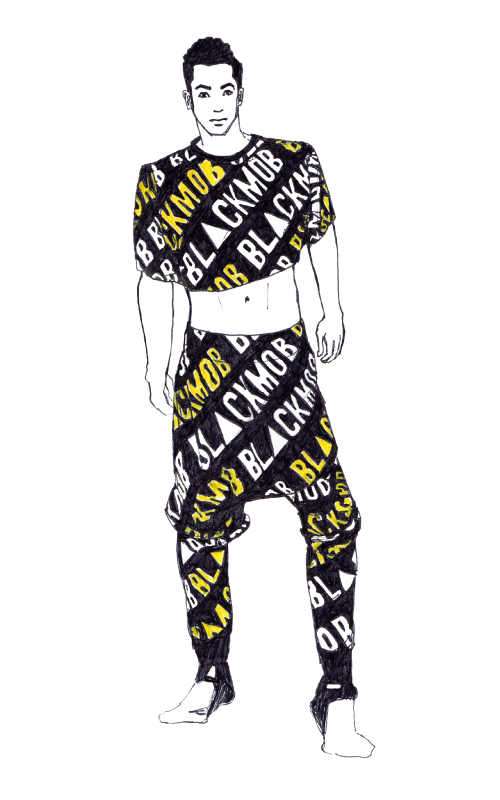 Shortly after this fun wakeup call is another FASHFEST designer duo I have been waiting for in Cameron & James. Featuring neutral tones and the marble theme from the first half of the Dark Paradise collection, the standout piece for me was the Demeter black studded jacket. To be fair anything with pointy studs tends to get my blood pumping and this outfit was no exception. 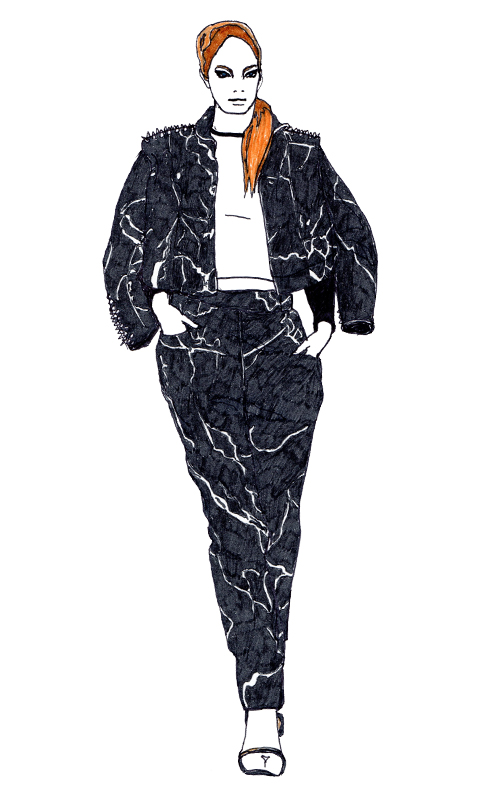 All in all The Dress Collective Runway was a great event and it was wonderful to spend an evening checking out emerging designers whilst also raising funds for the Black Dog Institute who do incredible work with mental illness and disorders. This group of designers showcased creativity and a passion for fashion with so many focusing on sustainability and how they could give back to the community.

Next month we will be talking to Phoebe from The Prodigal Daughter about her upcoming collection, bringing you more details about her process and inspirations.