Warning: "continue" targeting switch is equivalent to "break". Did you mean to use "continue 2"? in /nfs/c05/h05/mnt/159427/domains/leidenmagazine.com.au/html/wp-content/plugins/essential-grid/includes/item-skin.class.php on line 1041
 Sugaring: A Sweet Way to Remove Hair | Leiden 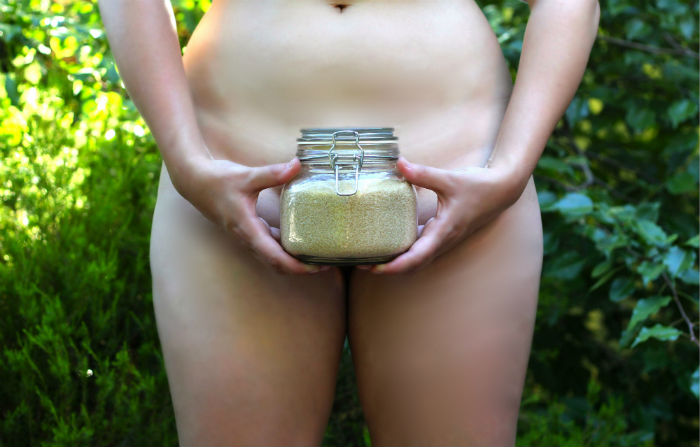 Ahh, hair removal. The bane of most girls (and guys) existence. Waxing and shaving are probably what comes to mind first, but have you heard of the latest hair removal trend ‘sugaring’? It’s a sweet deal. Whilst very similar to waxing in practice, sugaring is a natural hair removal method that has been used for centuries throughout Northern Africa, Greece, and the Middle East. And if it’s good enough for Cleopatra, it’s good enough for me to at least try!

So what actually is it? Like waxing, a thick paste that is traditionally made out of raw sugar, lemon and hot water is applied to the area. The first difference between waxing and sugaring is that unlike waxing, the sugar paste adheres to the actual hair and only dead skin. This means that no healthy and living skin will be ripped off in the process (goodbye awful post-waxing red raw skin!). Because the sugar paste coats and clings to the hair, as apposed to just covering it, the hair is more effectively removed from the roots. The second difference to waxing is that the sugar paste is applied first in the opposite direction of hair growth (similar to waxing), but is then pulled off in the same direction of the hair growth. This results in less hair breakage and therefore less chance of ingrown hairs (yes please!).

My first sugaring experience was a Brazilian sugaring at Erica’s Aesthetics in Kingston (details below). The staff were lovely and my therapist worked quickly and professionally. Aside from the always slightly awkward showing of my vagina to a complete stranger, the whole session was actually quite pleasant. I was, however, surprised that I found it more painful than waxing, but was assured this was normal for the first two-three visits and that it eventually becomes less painful than waxing. However, the end result made it worth every second of butt-clenching and body-tensing. My skin was so incredibly smooth and soft, nothing I had ever felt after waxing. It was still slightly pink, but it was a welcome change from the fire-hydrant red that I had become accustomed to post-waxing.

It’s now been two and a half weeks since my first sugaring experience, and I am only now starting to see slight regrowth. I am amazed at these results after being used to seeing regrowth only a week after waxing. I’ve had no irritation or ingrown hairs, which is again a rarity for me. I am officially a sugaring convert now and will definitely be doing it again!

For our friends in Canberra we recommend:

The Art of Eyebrow Threading

My Hair Story: Exploring One Girl’s Relationship with Hair

How to Tame Your Hair Down There

The Sugar Tax is Not So Sweet

When Miriam Walsh is not busy sipping gin & tonics with friends or watching Netflix, she's either finishing her final year studying Arts and Business Administration at ANU, or telling bad jokes. She is on the verge of being a crazy dog lady, as well as an eBay entrepreneur, a baking extraordinaire, and gin-rummy champion.