Warning: "continue" targeting switch is equivalent to "break". Did you mean to use "continue 2"? in /nfs/c05/h05/mnt/159427/domains/leidenmagazine.com.au/html/wp-content/plugins/essential-grid/includes/item-skin.class.php on line 1041
 New York Fashion Week S/S16 | Leiden

Probably the biggest thing to hit New York Fashion Week this season (at least in terms of pure celebrity power and social media coverage) was the Givenchy show. The storied French house is normally an icon of Paris Fashion Week however this season Creative Director Riccardo Tisci decided to take his show on the road to celebrate the opening of its Manhattan Flagship store. Members of the extended Givenchy family were in attendance including Amanda Seyfried and Julia Roberts as well as a whole string of other high profile guests from the fashion industry, music industry, and film industry. A ballot for public tickets was also announced allowing access to the fashion spectacle for a lucky few. 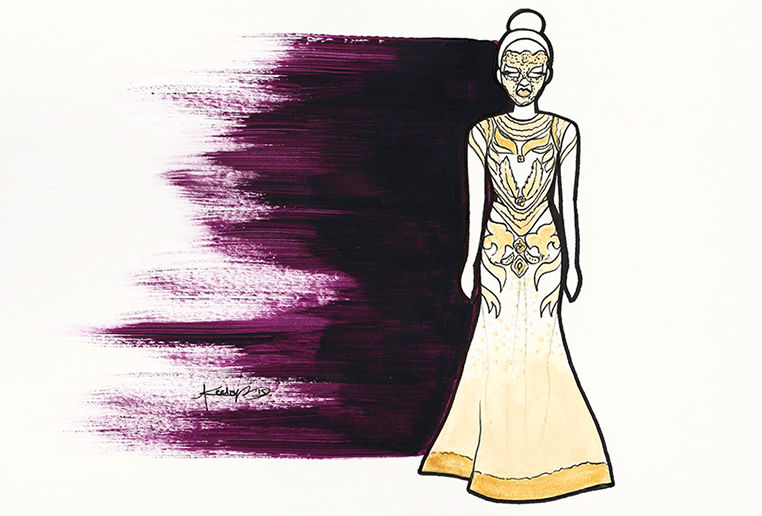 Other highlights across the week included the 10 year anniversary collection for Alexander Wang the king of downtown cool, a tribute to Barbarella at Jeremy Scott, and dancing models from the New York City Ballet at Opening Ceremony. The collection presented by Diane von Furstenberg received a lot of love, with big hair, bright makeup and vibrant girly pieces the order of the day. Rodarte revealed louche, metallic separates offering a more covered up approach to summer dressing while Oscar de la Renta and Marchesa both showed decadent and exquisite gowns.

Proenza Shouler presented another standout collection with pieces shown in a colour palette of only red, white and black. The collection from DKNY riffed on one of their house signatures the pinstripe while Calvin Klein traded on their signature minimalism with slip dresses, loose, long separates and sneakers on show. Rounding out the week was Marc Jacobs who staged his show inside the atmospheric Ziegfeld Theatre. Models walked a long red carpet that weaved through the theatre wearing plaid, sequined and metallic pieces with an Americana feel. And tie die is officially back, seen on several runways including Altuzarra, it is time to break out that old tie die t-shirt still tucked away in your bottom drawer.

The award for best set went to Tommy Hilfiger who recreated a Caribbean style beach complete with sand, palm trees and a little boat. Models strutted through the knee-deep water wearing colourful crochet bikinis and tanks for the finale lead by model of the moment Gigi Hadid. A close runner up was Coach, whose set was a beautiful windswept field encased in a glass box complimenting the achingly cool separates being shown brilliantly.

The usual Australian suspects were in appearance including Margaret Zhang and Yasmin Sewell, each creating days of street style fodder for the awaiting paps. Even a familiar Canberran face was seen at a number of shows wearing pieces made by Canberra Designers, The Label and Corr Blimey. But in a week full of amazing clothes, big names and media frenzy, these were my picks of the collections you need to know about now with accompanying artwork by Canberra artist Lexi Keelan. 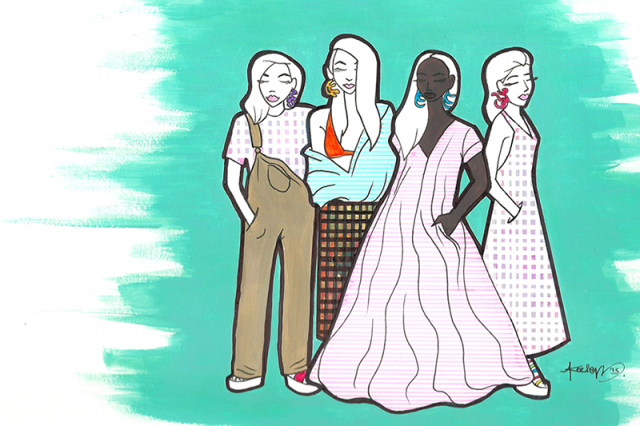 Winner of the 2015 CFDA (Council of Fashion Designers of America) Swarovski Award for Womenswear, Rosie Assoulin is known for voluminous, graphic pieces that are not only easy but fun to wear. Super blogger Leandra Medine (the woman behind Manrepeller) is a huge fan and Assoulin’s dresses are a favourite on the red carpet. The spring/summer collection from the designer was shown in a drained swimming pool in the West Village and showcased tailored separates in solid hues for day, billowing gowns for evening and the ever so kooky (and my personal favourite) combination of a bikini over a button up blouse. 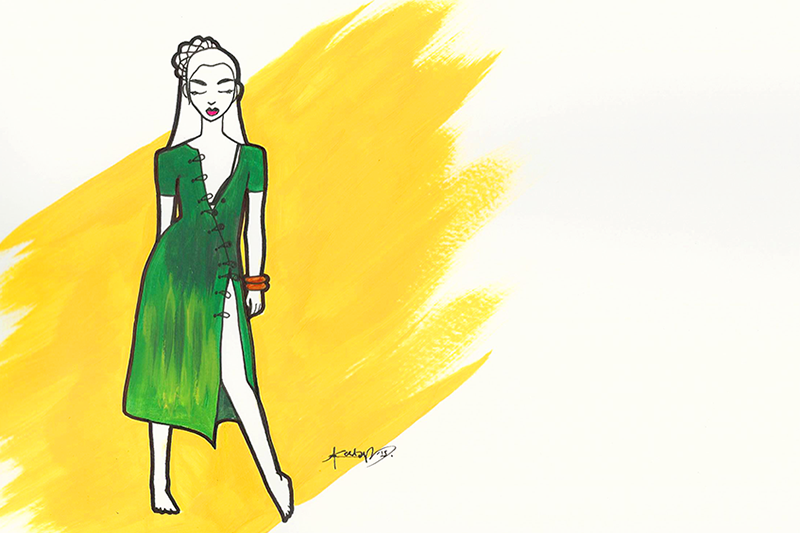 Joseph Altuzarra has been solidly growing his business since 2008 and it is safe to say he knows what women want. Of course it always helps when you have two gal pals on hand who are very influential within the style set to consult with. He is well known for his button up shirt and pencil skirt combo as well as the sexy thigh high slit. But don’t worry his pieces are strong, sensual and feminine and don’t enter hooker territory. This season saw him build on his signature looks while exploring new fabrics and prints (tie dye!) to create a wardrobe of easy to wear pieces that could stand alone or work back within your existing wardrobe. 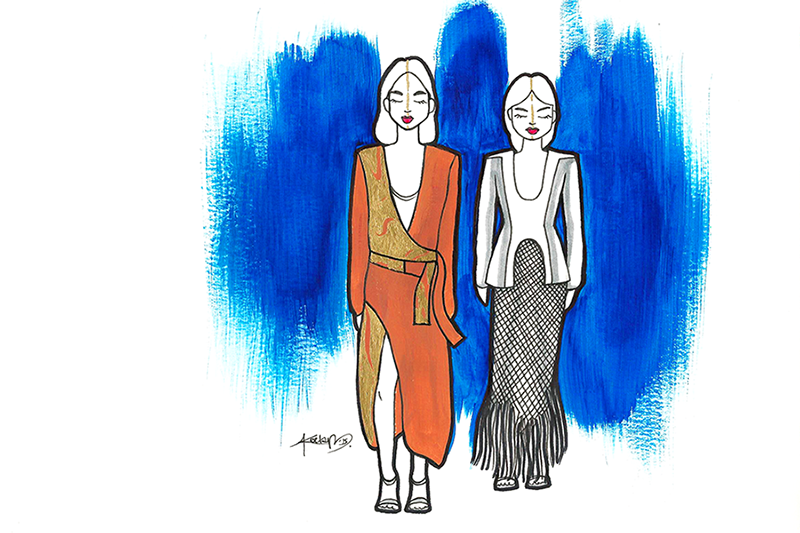 This Australian designer has been showing at New York Fashion Week since 2013 and with a number of important American buyers at his latest show, this label is about to hit the big time.  Dion Lee’s Spring/Summer collection showcased his signature tailoring, sporty cuts and technical fabrication. Hollywood has come calling too, no doubt attracted to Lee’s sexy yet minimal take on event dressing. Those of you wanting to get your hands on a piece of Dion Lee at a more affordable price should quickly pop into Target and scoop up a piece of the designers capsule collection for the chain store behemoth. 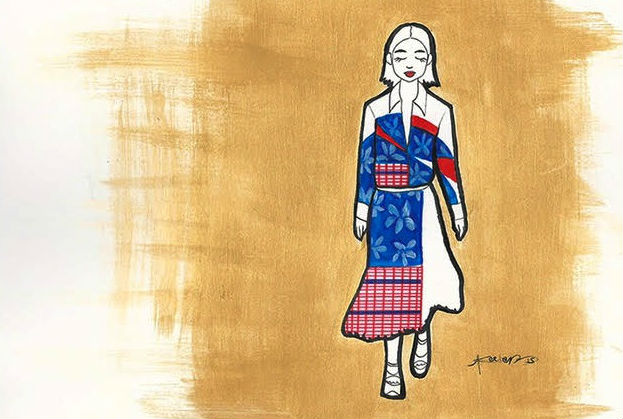 This former Spice Girl has been fighting her past to assert herself as a serious and successful fashion designer and she is definitely proving the haters wrong. Her business has been reporting massive growth and now with a slew of design awards behind her, Victoria Beckham is really hitting her stride. This season saw her play with print and offer up a laid back, Cali cool, surf inspired collection. Clean cuts, midi length skirts and bombers paired with chunky sandals starred in what was a very mature and assured collection for the designer. 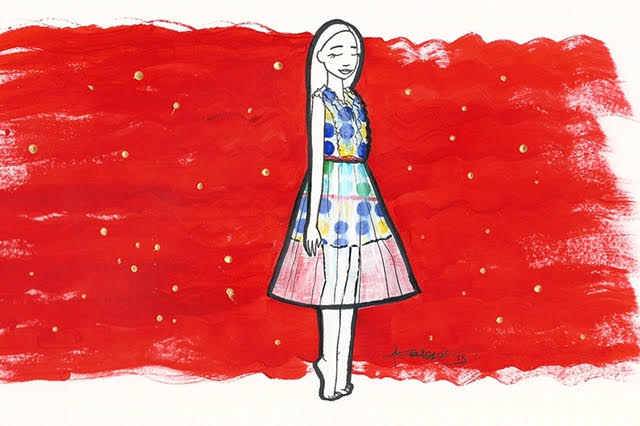 This Spanish house has had a major reboot and with Creative Director Joseph Font at the helm since 2012, this brand has now been brought onto the world stage. Known for couture worthy creations in strong colours with exquisite embellishment, the Spring/Summer collection built on the signature codes of the house. The collection was shown in a sun-drenched room at the end of Chelsea Piers with clothes that ranged from more minimal to highly ornate, although all were structural and refined. The final pieces shown were almost sculptural and are sure to make on appearance on a red carpet or two.

The next stop on the fashion circuit: London. Stay tuned for our upcoming coverage featuring the artwork of another Canberra artist. And remember all though the actual pieces you’ve see here won’t be available to buy for quite some time (our next winter in fact) these are all trends and looks you can try out now so get experimenting.

Lexi Keelan is a Canberra based digital artist who also enjoys working across a range of other mediums. You may have seen her work in several cafes and cocktail bars around Canberra. For this article, Lexi has worked with acrylic paint, Copic markers and PITT pens to capture the looks seen on the New York Fashion Week runways. Lexi has enjoyed the opportunity to cover fashion week and all of the original artworks included in this article are available for purchase from her website.