From the moment the curtain first raises through to its final close, QL2 Dance Filling the Space deftly questions the relationship of bodies in space END_OF_DOCUMENT_TOKEN_TO_BE_REPLACED

In Filling the Space the Quantum Leap ensemble explore the dynamic relationship of body and architecture. Emma and James Batchelor discuss the work END_OF_DOCUMENT_TOKEN_TO_BE_REPLACED

Staying up all night watching scary movies and gorging yourself on enough junk food to make you vomit is a right of passage for most young people. It certainly was for Jakop Ahlbom , Dutch auteur and lover of the horror genre. In his hugely successful work Horror, Ahlbom brings together his signature mix of theatre, dance, mime and music to create an immersive experience that will leave you terrified. Featuring special effects rarely seen outside of film, the play follows a woman who returns to her childhood home where, in a series of flashbacks, she is haunted by… END_OF_DOCUMENT_TOKEN_TO_BE_REPLACED

Following up a critically acclaimed show that has enjoyed a sell-out season is always going to be tricky, but for Bangarra, Australia’s indigenous performing arts company, story telling is in the blood and artistic director Stephen Page has seemingly no shortage of inspiration. After exploring the story of Woollarawarre Bennelong, a senior man of the Eora, in Bennelong last year, Bangarra’s new work Dark Emu moves away from narrative and instead delves deep into the academic. Inspired by Bruce Pascoe’s book of the same name, Dark Emu challenges the hunter-gatherer tag that has been applied to Australia’s first peoples… END_OF_DOCUMENT_TOKEN_TO_BE_REPLACED

Eloise Harpas is a twenty-one-year-old professional dancer who has just returned home from the U.S. after a three-month scholarship at the Broadway Dance Centre in New York where she was awarded the ‘Outstanding Student Award’: the only Australian on a three-month scholarship to win it. After jumping on a plane with the intention of completing the three-month course in New York and the goal of being noticed within the U.S industry she successfully made connections in the Big Apple. Eager to push herself further, she extended her trip to Los Angeles to see what she could achieve in the… END_OF_DOCUMENT_TOKEN_TO_BE_REPLACED

Photo: Lorna Sim Photography   After taking out the 2017 ACT Artist of the Year at the end of last year you might think choreographer and performer Liz Lea may be content to rest on her laurels, at least for a couple of months. Instead, on International Women’s Day she unleashed RED, a fearless one-woman show exploring intensely personal experiences through the mediums of dance, film and word. Through captivating moments that vary from brash and bawdy to show-stoppingly minimal, Liz bravely shares her story of living with endometriosis and the difficulty of coping with the associated pain of this… END_OF_DOCUMENT_TOKEN_TO_BE_REPLACED

When I think about ballet an expression my old dance teacher used to describe it always springs to mind. The Pink Dream. Contemporary dance has never enjoyed the mass appeal of its ballet cousin so the term, however apt, may have been intended as derisive. What draws little girls and boys to ballet as children is indeed that elusive pink dream: pink tights, pink shoes, pink tutu, all wrapped up in a pink bow of grace and beauty. Although I have danced since the age of four I somehow escaped the pink dream and instead chased what my brother and I now… END_OF_DOCUMENT_TOKEN_TO_BE_REPLACED 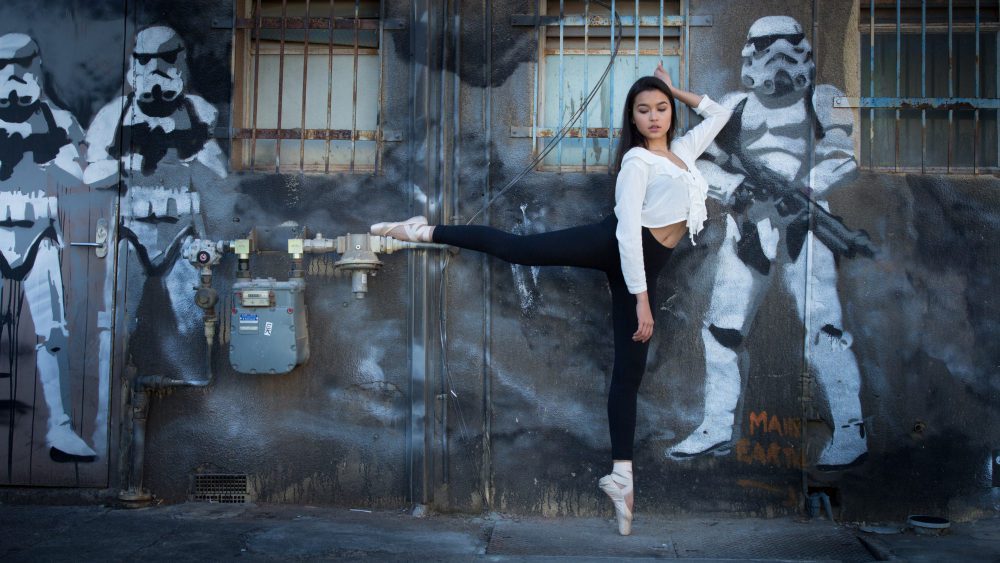