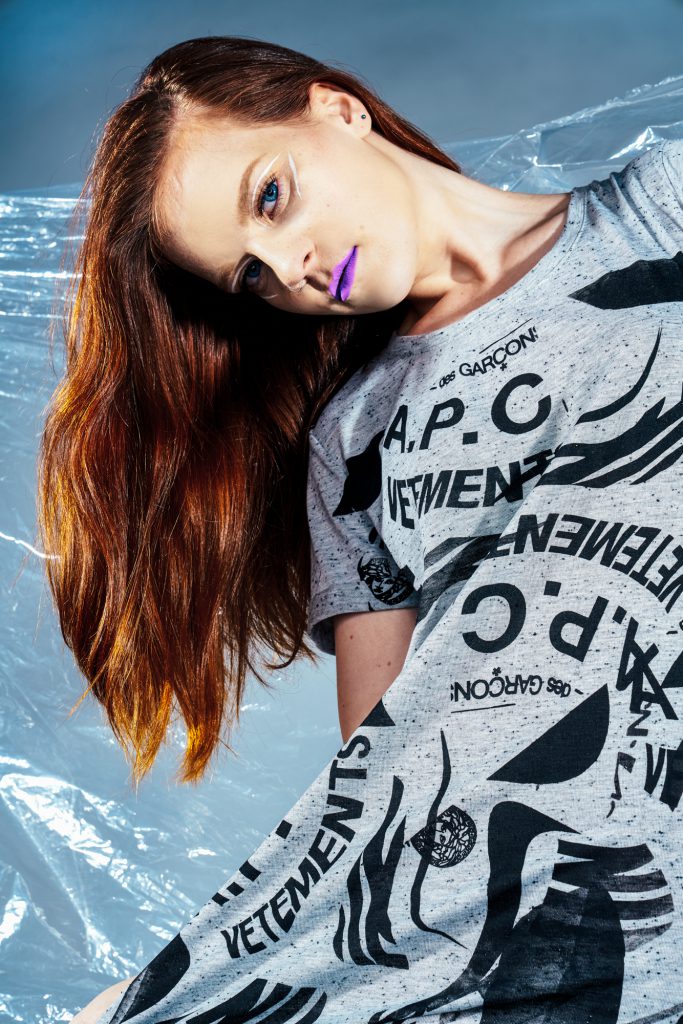 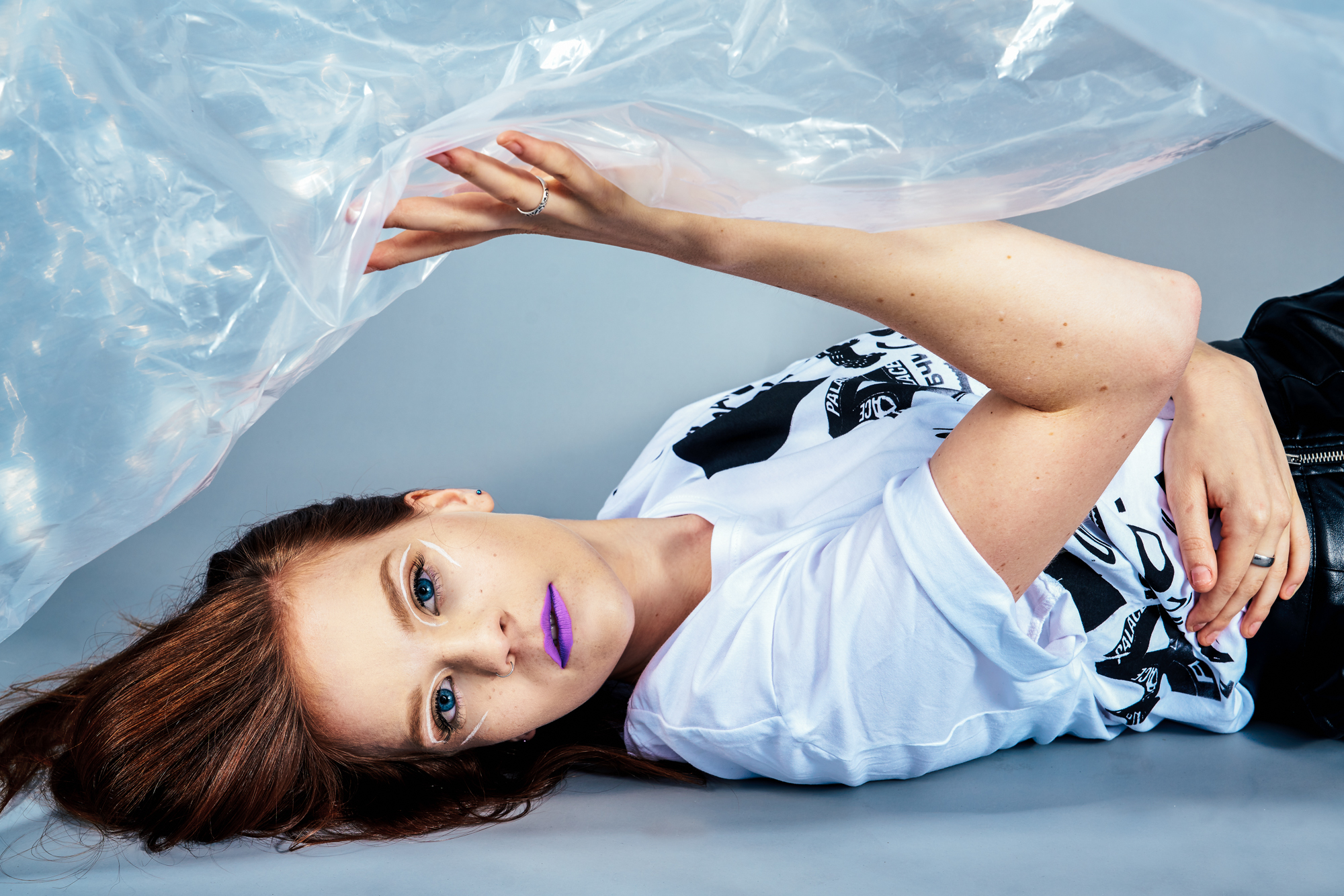 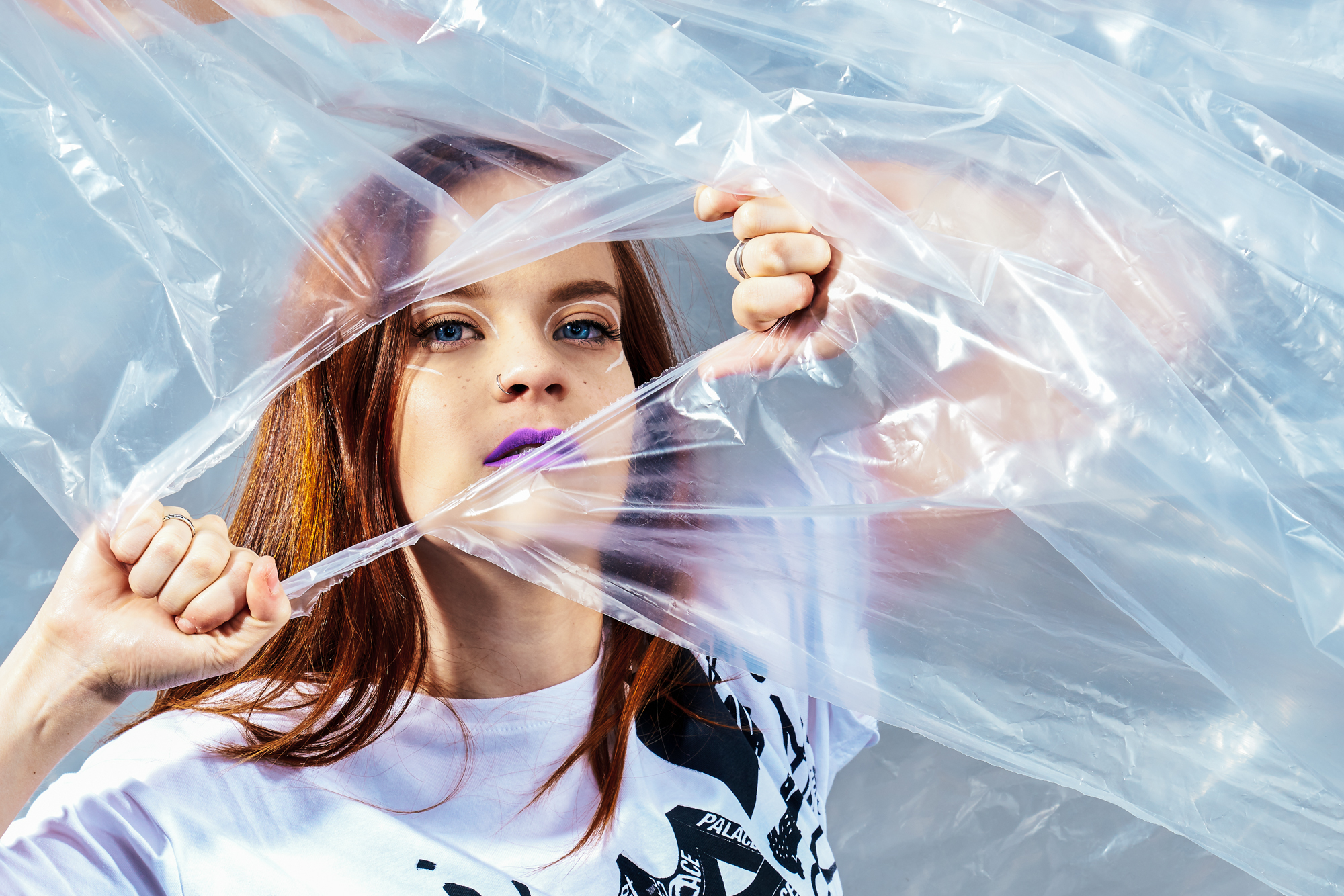 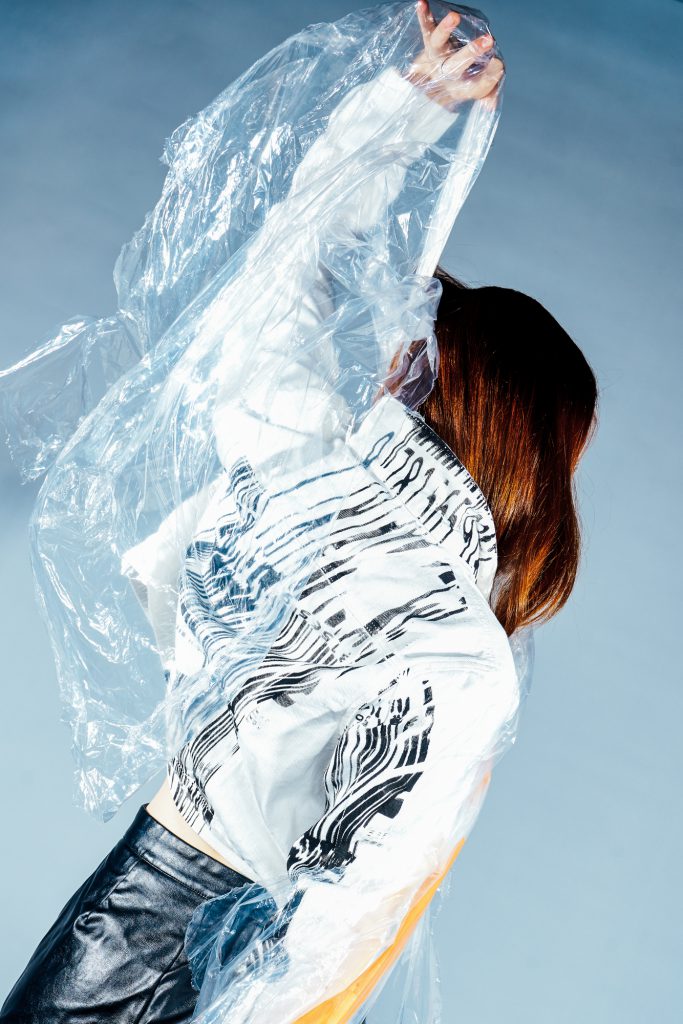 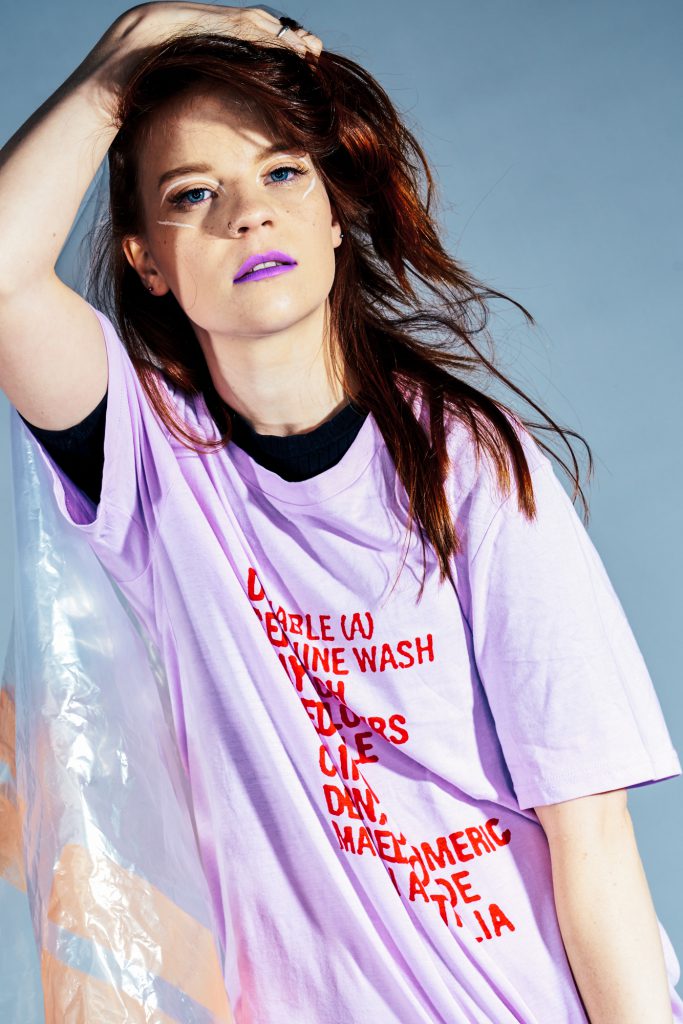 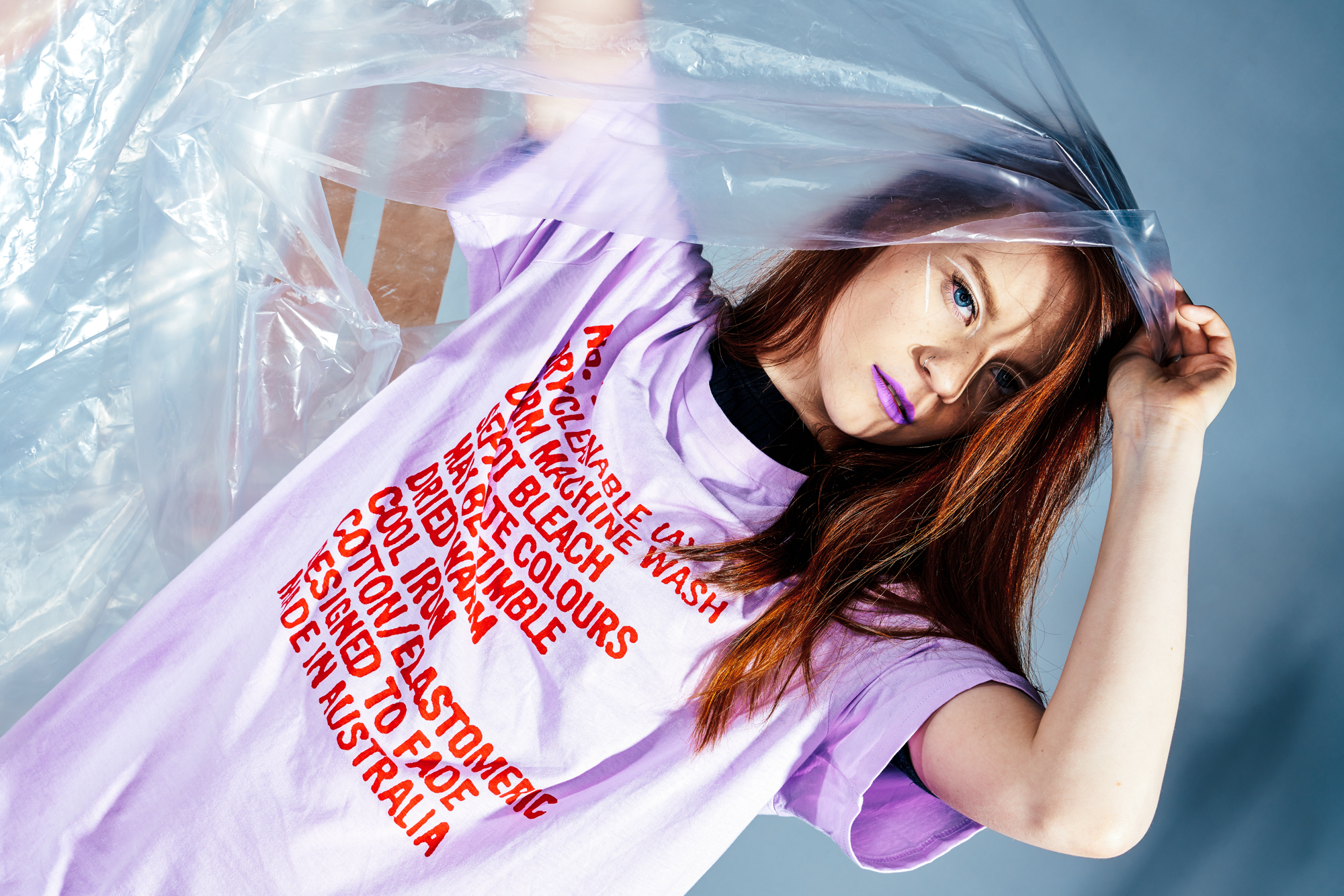 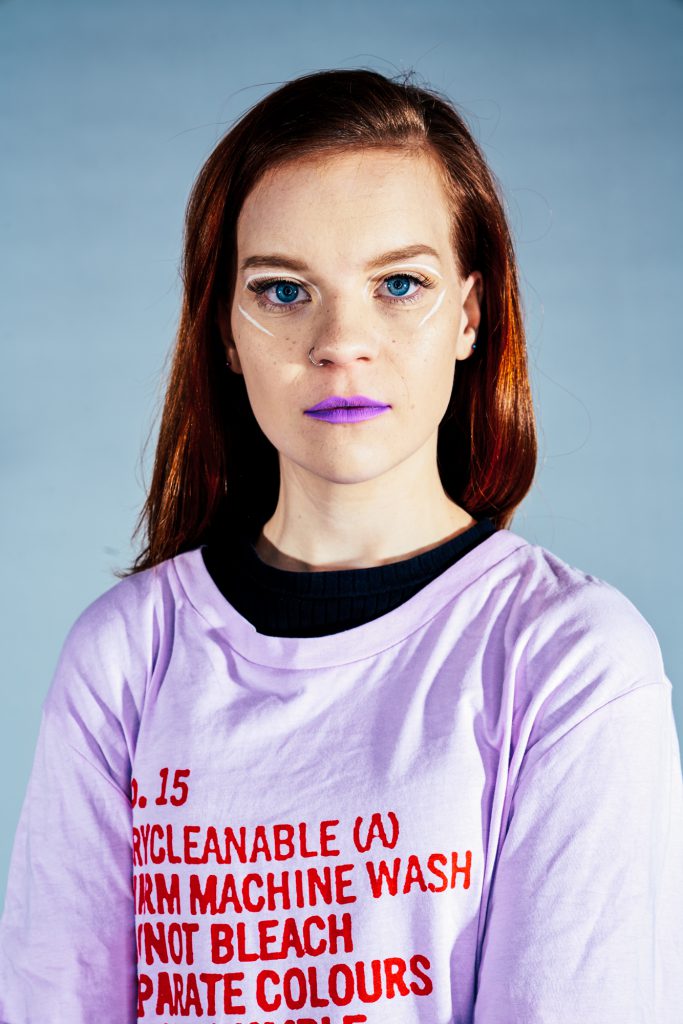 Leiden: What is your relationship with fashion?

Lydia Downe: I have always been a big fan of fashion. From a very young age I have used design as a creative outlet and fashion design in particular has always been one of my passions. There’s a very real ‘human’ element to fashion and I love the way it can be used as a form of expression on a personal level and also as a reflection of society. I studied textiles throughout high school and college and after college I moved to Melbourne to study a Bachelors of Styling and Creative Direction. It was during my studies there that I first became aware of the reality of the fashion industry and realised that I had to speak up.

I still love the fashion industry, and it is still my dream to be a part of it, but I believe it is important that we remain critical of the things we love. The reality is that the fashion industry is one of the most destructive industries in the world, on an environmental and humanitarian level. If I want to be a part of this industry, I feel I have to speak out against its downfalls and work towards creating a more sustainable industry.

L: Why is it important to you to speak out about fast fashion?

LD: No one really thinks about the true cost of the clothes they buy. No one picks up a nice top that’s on sale for only $10 and asks:

‘I wonder how much someone was paid to make this?’

‘I wonder how many litres of water went into the production of this?’

‘I wonder how many times I will actually wear this before it ends up in landfill?’

And this needs to change. People are desensitized to the actual impact of their shopping habits but the reality is that we as consumers are wholly responsible for this destructive industry.

Speaking out against fast fashion is so important in changing this consumerist mentality. If more people were aware of the true impact of their habits then I believe they would change the way they shop. It definitely helped change my habits! The more I looked into the industry the more critical I was of what I bought. I stopped buying certain brands, I started buying more secondhand clothes and I became more savvy in the way I shopped.

And even small changes in our attitudes towards fashion can add up to huge differences! I read an interesting fact the other day ─ if one million women bought their next item of clothing second hand it would prevent six-million kg of carbon pollution from entering the atmosphere (Source: One Million Women). Buying one piece of secondhand clothing is not a huge personal change but if we start achieving this on a national level, the overall impact is huge!

Speaking out is also a crucial aspect of creating change on a big business level. Around the same time as I started researching the fast fashion industry furhter, Baptist World Aid released their first Ethical Fashion Guide. The first Ethical Fashion Guide was pretty scathing but as more and more people came on board, fashion brands started to realise that they needed to change their systems if they wanted to retain their customers. For instance, since the first report in 2013, the number of brands that now pay their workers living wage has almost tripled.

And after a Norwegian documentary Sweatshop – Deadly Fashion was released in 2014, H&M was forced to improve their labor policies amidst a potential boycott from shoppers. H&M, while still far from perfect, is now one of the industry leaders in creating a more sustainable fashion environment. They have improved their wages, increased transparency across all stages of the production process and now have clothing recycling bins in every store.

Speaking out and calling out brands actually works!

L: What sparked the idea for this photo series?

LD: This photo series stems from an earlier project I undertook while studying photography at CIT. As part of a UN Photo Competition I produced a series of photos discussing Sustainable Consumption and Production. I took a model out to the tip in Braidwood and produced a ‘fashion’ shoot with the garbage as a backdrop. The aim was to show the contrast of the dream (glamorous fashion shoot) vs the reality (over consumption and waste) and create a level of dissonance in the viewers mind.

That was probably the start of what I hope will be an ongoing project. I am hoping to take typical fashion photography motifs and rework them to show the not-so-nice reality of industry alongside the ‘dream’.

This particular shoot reworked the studio fashion motif by including large plastic wrapping. The plastic contorts and restricts the model as a nasty reminder of the waste (plastic in particular) associated with the fashion industry (in particular synthetic fibres and online shopping waste).

L: Tell us a little bit more about the amazing team you worked with?

LD: Josh, the designer, is a long-term friend of mine. It was at a casual dinner he mentioned he was producing a series of screen prints critiquing consumerism and identity in fashion and I thought it would be a perfect match for this photo series. His screen prints consist of wrapped barcodes, distorted designer logos and exposed care instruction labels, with an aim of attempting to express an individual identity in a mass culture of images.

Kaitlyn, the model, is a champion for living a sustainable, zero waste lifestyle. She only buys second hand clothing, produces less than a shopping bag of waste every three months and recycles old clothes into reusable makeup wipes and other household things. I have followed her sustainable practices for a while now and she has always been a bit of an inspiration.

Mikaela, the makeup artist, is also a long-term friend of mine. I have worked with her on many shoots and she is always up for a challenge. I told her the concept and gave her free reign, and she did not disappoint!

It was so important to have a like-minded team for this shoot ─ I feel like a lot of people would have heard my concept and thought I was really weird! The final outcome of the shoot was better than I could have ever expected and hopefully it challenges a few people to rethink their shopping habits.

L: How would you like to see the fashion industry change?

LD: I would love to see more transparency from big brands, especially when it comes to their human and environmental practices. The more people are aware of these issues, the more likely they will be to make more informed decisions when they go shopping and the more likely it is that big brands will change their systems.

I would also love to see big brands take more responsibility for the impact of their fashion especially when it comes to clothing waste. Concepts such as clothing recycling bins in every store should be common place.

It would also be nice to see governments enforce various compliances when it comes to fashion brands. Enforcing certain levels of transparency and ethical practice will ensure brands are accountable for overall human and environmental impact. I know this is starting to happen across Europe and the UK but a lot still needs to be done in Australia and on a global level.