From the 12 – 20th of August it is National Science Week: a whole week (quite a long one you will notice) dedicated to celebrating science. We love science here at Leiden so we thought that instead of just celebrating the wonder of science for just one week we would dedicate the month of August to celebrating women in science.

To get the ball rolling we chatted with Madison Hartill-Law who is not only kicking butt in her science career but has also developed an initiative that brings together science and fashion.

Leiden What initially drew you to science?

Madison: I have always asked lots and lots of questions. I need to know how everything works and why things are so. I remember as a four-year old I fed my baby born a tic tac to try and understand how it ate food. Not sure it was a very valid experiment, instead I just made a baby born shaped maraca.
Science is all about asking questions and problem solving so a career in science just felt like second nature.

L: What was your experience studying medical science in your undergrad?

M: I loved my medical science degree! I got to learn how every part of the body worked while hanging out with a bunch of people who asked just as many questions as me. It was great.

I also had a lot of amazing opportunities during my undergrad, one was going on exchange to University College Masstricht in the Netherlands. It was so inspiring to go across the world and learn about the research occurring in other universities and how they are collaborating with scientists all over the world.

L: Tell us about your research project during your honours year?

M: I collected mouse poo and spent a lot of time working at a computer, it was great!
Despite the mouse poo my honours research project was pretty cool. I wanted to find out how intermittent fasting, not eating for short periods of time (6-24hrs) effected the bacteria that live in your gut. I also wanted to find out if what you ate between fasts impacted how the bacteria changed.
Instead of going in blind and feeding and not feeding a tonne of mice different foods, I worked with my supervisor to design a computer program based on other scientists research that predicted what diets lead to the biggest change. I then tested these in real life mice, which is where the poo comes in. I would collect it and then do some experiments to find out what bacteria was inside.
I found out that fasting did change your bacteria which was exciting, but more research needs to be done before we have an awesome computer program that tells us the best things to eat based on our bacteria.

L: What did you do after Uni?

During my honours I found out I really liked talking about my research a little bit more then I liked the in the lab stuff. So, I ran away and joined the science circus!
I got accepted into ANU’s Masters of Science Communication (Outreach) (the same day I handed in my honours thesis, so many happy exhausted tears).
It is a really great program because I spent 3 months traveling around Australia with the Questacon Science Circus running science programs in school and the rest of the time building a toolbox of skills to help everyone better understand the wonderful and life changing research that is happening every day.
Now I have finally finished studying and am working in the real world for a Canberra based start-up company called Health Horizon. We are making all the new inventions in health easy to understand, searchable and trackable. It is a lot of fun finally getting to use all the skills I have learnt during all my study.

L: How did Shirty Science come about?

M: During my undergrad I had this biochemistry lecturer who ALWAYS wore daggy nerdy science shirts. I knew he was a super successful researcher but I didn’t really know what he studied, but a lot of people in my lecture would comment on his shirts. It got me wondering a) why are science shirts always so painfully nerdy and about old scientific concepts b) could a shirt be a walking billboard for real scientific research. Could I transform the science shirt into something cool and current that more people would want to wear? 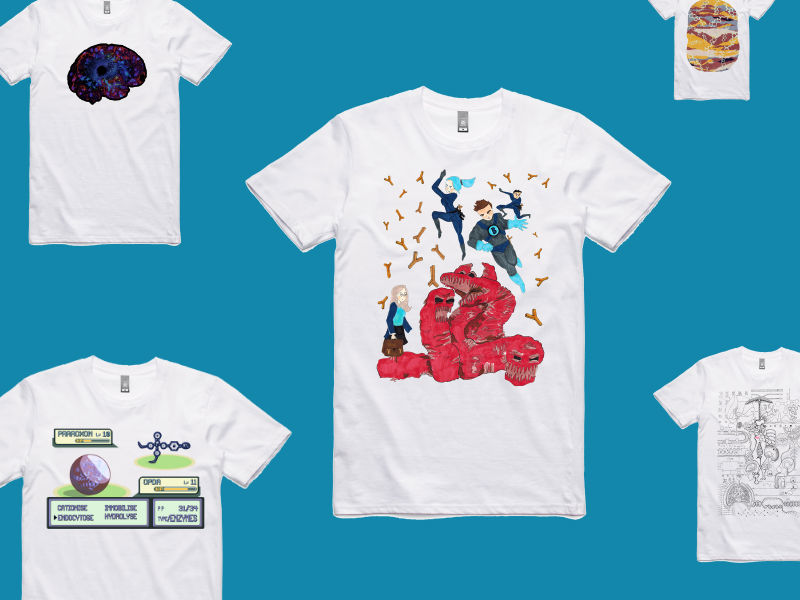 L: How does the process work? How do you match artists and scientists?

M: The process is simple, a scientist and artist get together and have a chat and develop a shirt design that represents the scientists research. These shirts are then uploaded online for people to buy but are also displayed in pop-up spots for everyone to see.

This year is the second time I have run Shirty Science and I tried something a little different to match the artists and scientists, they speed dated! The scientists and artists each had 60 seconds to explain themselves and then they had to move on and write down if they would want to work with each other. It worked really well! Plus also meant it opened the floor for future science art collaborations.

L: What have noticed about scientific communication during your studies and work? Why do you think it is so important to broaden the way scientists communicate?

M: I think that it is an exciting time for science and science communication. Social media is providing new and unique opportunities for the world to have insight into a scientist’s daily life. I am constantly surprised by the different niche communities that exist and awesome young scientists taking the initiative to be spokespeople for their area of expertise or science as a whole. I think this is helping to shift perceptions as to who a scientist is. Projects such as Shirty Science also help with this, I didn’t realize explicitly until running the speed dating event that scientists and artists are very similar and have a lot in common, they are both very creative, ‘think outside the box’ kind of people. Unfortunately, ‘creativity’ isn’t a word people associate with science, but I think this is slowly changing.
I hope one-day academia will stray away from the public or perish mentality and that the extracurricular and outreach activities a scientist undertakes are rewarded and reflected in their career progression.

It is so important for a scientist to a number of different avenues to communicate, firstly as it means a broad group of people have the opportunity to understand exactly what it is they are doing but also because it helps them view their research in a different light, which can hopefully lead to better research.

L: When can we buy a Shirty Science t-shirt?

M: This year season two of Shirty Science is lucky enough to run thanks to a seed grant from National Science Week ACT and additional funding from Inspiring Australia ACT.

Sixteen unique shirts have been designed based on research from geologists to astronomers even mathematics! These shirts will be launched online at our website on Thursday 10th August.

These inspiring designs aim to spark conversation about the awesome research happening in our amazing city, so will also be on display in City Walk from the 10th – 20th August.

With so many artists and scientists working together there is bound to be a Shirty Science shirt for everyone!

Vote Now for your favourite Shirt! 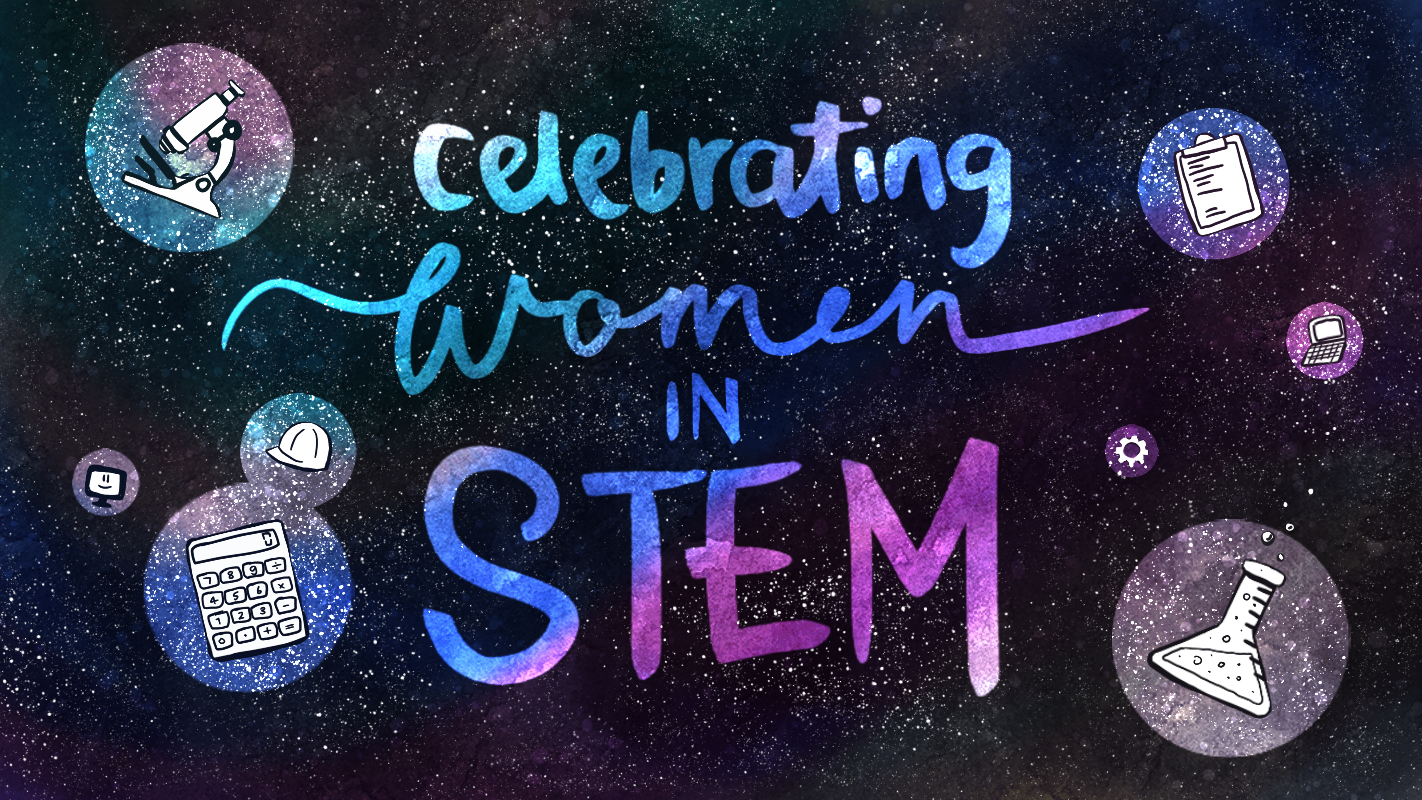 Inviting Uncertainty – Dancing with the Contemporary