Rounding out our coverage of fashion month comes our favourite collections from Paris fashion week, accompanied by illustrations from our very own Judy Kuo. 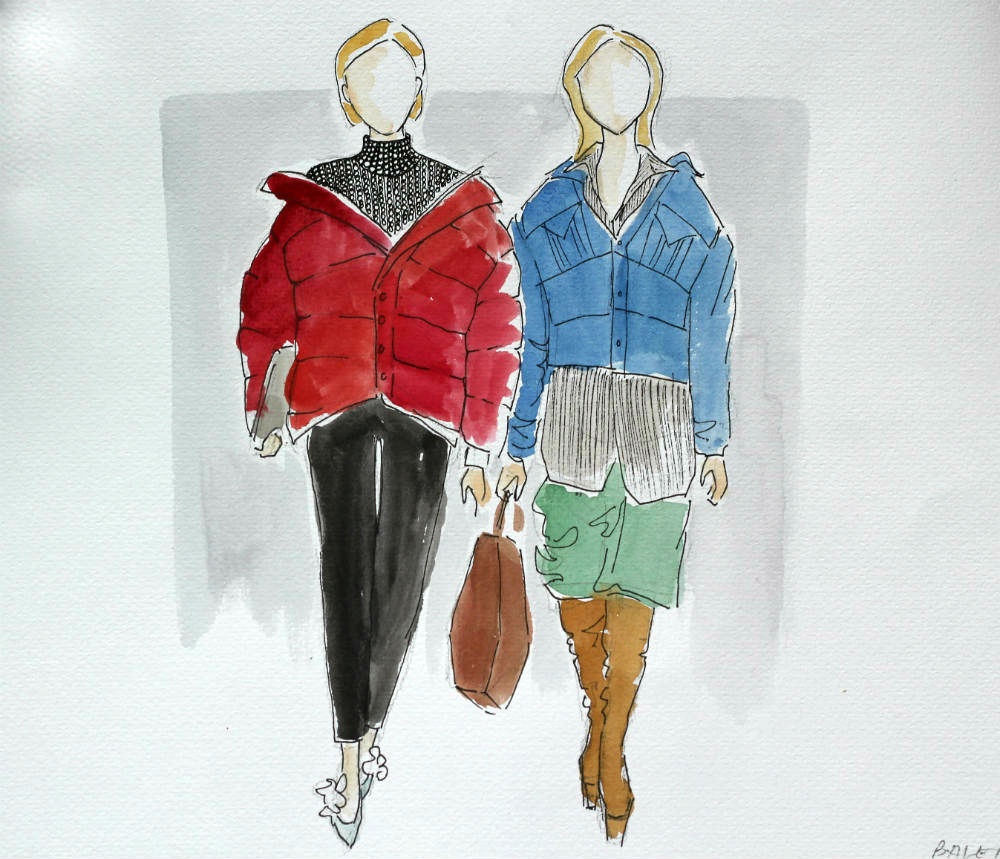 The debut collection from Demna Gvasalia (of Vetements fame) was one of the most hotly anticipated of Paris fashion week. Anyone who feared that the house signatures of Christobal Balanciage would be lost or muddied by street-wear influence could breathe a sigh of relief after the first look appeared on the runway. Opera coats, trapeze dresses, bubble skirts, and cocoon coats were all given a Vetements-style update (an opera coat/puffa jacket worn by model Julia Nobis being the most memorable transformation), while being treated with the respect such house codes deserve.

What we want: That puffa jucket. 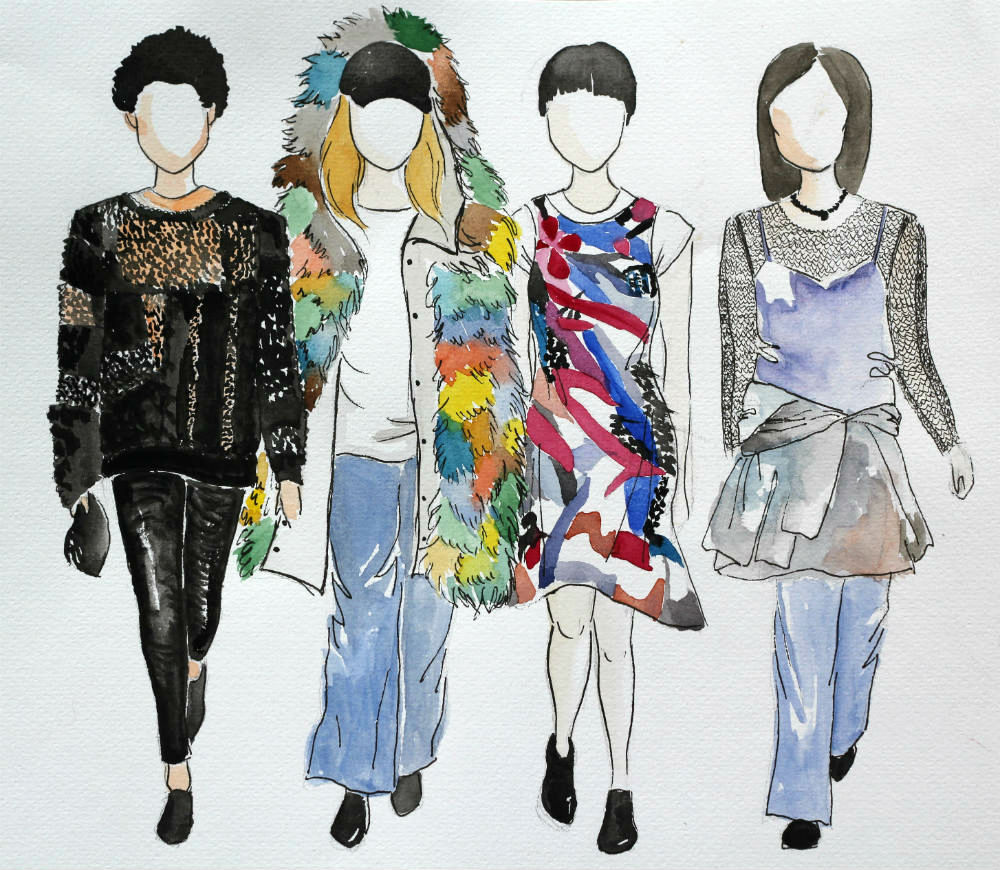 Founded in 2015 by Christelle Kocher, this unique label, sitting at the intersection between luxury and street fashion, has recently exploded onto the scene in Paris. Having previously worked in senior creative positions at Chloe and Dries Van Noten, Kocher is well placed to blend artisanal, luxurious production with effortless casual cool. Worn by both male and female models cast from the street, this fourth collection from the label featured slip dresses, grungey separates, structured trousers and incredible coats.

What we want: A fur patchwork coat.

Shop Koche: It will be hard to get your hands on some Koche in Australia, but not impossible. 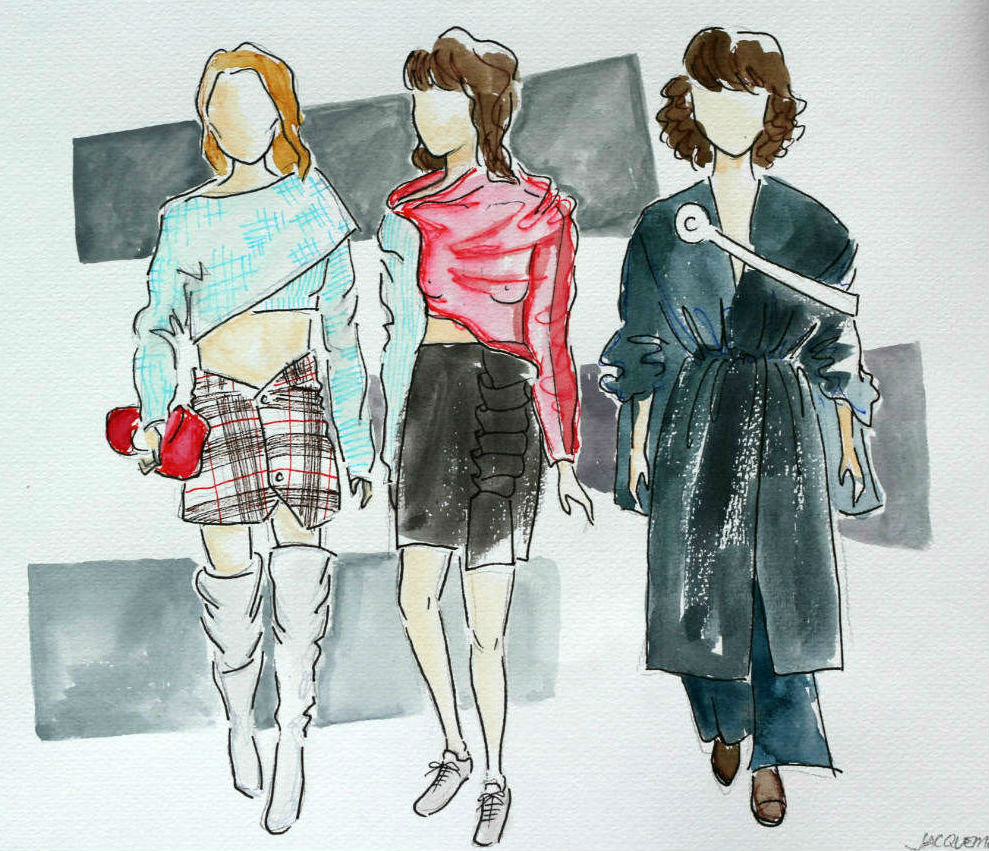 Jacquemus, an experimental label founded by now twenty six year old Simon Porte Jacquemus, has achieved mainstream success after last season; the label has now been picked up by Selfridges and Net-a-Porter. This collection, like previous one, continued to explore geometric silhouettes with squares and circles being most prominent. Pinstripe suits, tunics over structured trousers, bell sleeved jackets, deconstructed shirting, and even a dress worn sideways across the body attached to a top all featured on the Jacquemus runway.

What we want: A box shouldered blazer. 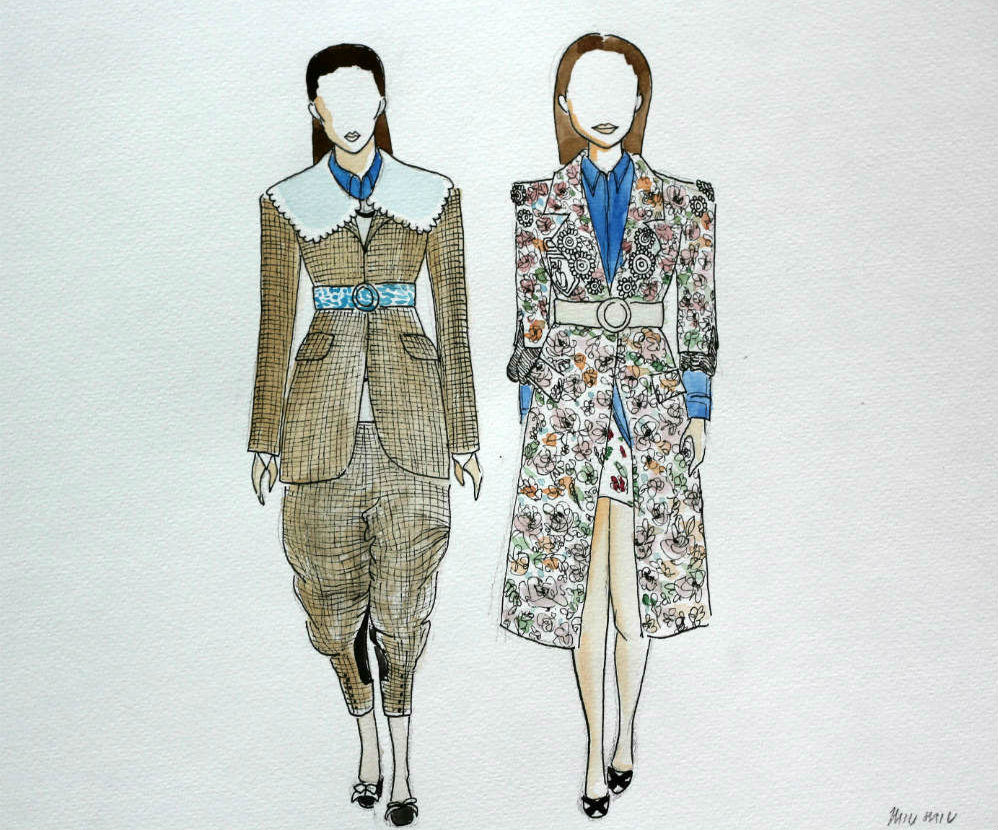 This collection from Mrs Prada represented a jumble of pieces that could be associated with any season, a perfect statement in itself about the current shift towards ‘see now buy now’ that is sweeping across the fashion industry. Don’t get us wrong, mixing and matching across seasons was a strength as the collection was still cohesive and highly desirable. Not only did we get to see crisp white dresses and shorts and skirts paired with various iterations of the denim jacket, we saw heavier floral brocades, argyle knits, and divine tweed shooting jackets and jodhpurs. The shoes, as always, were delightful.

What we want: Something tweedy and fluffy slides. 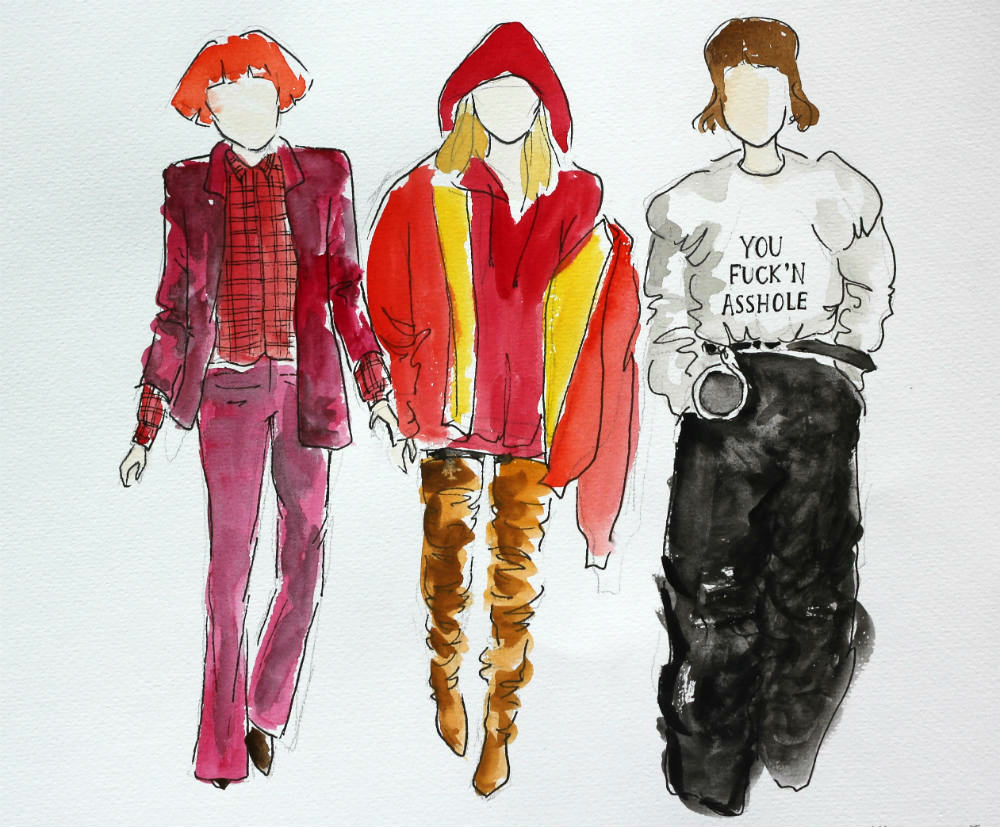 This design collective, headed up by Demna Gvasalia, has played a huge part in the current shift towards raw street culture in the fashion industry of late. The label has achieved not only commercial success but industry kudos for their unique spin on deceptively simple contemporary street-wear constructed meticulously with a luxury edge. The collection was styled by Lotta Volvolka and was worn by a mix of male and female models cast from the street. It featured hooded jumpers with slogans emblazoned across the chest, oversized outerwear, thigh high boots, pleated school miniskirts, and plenty of thrash metal references.

What we want: Those jeans.